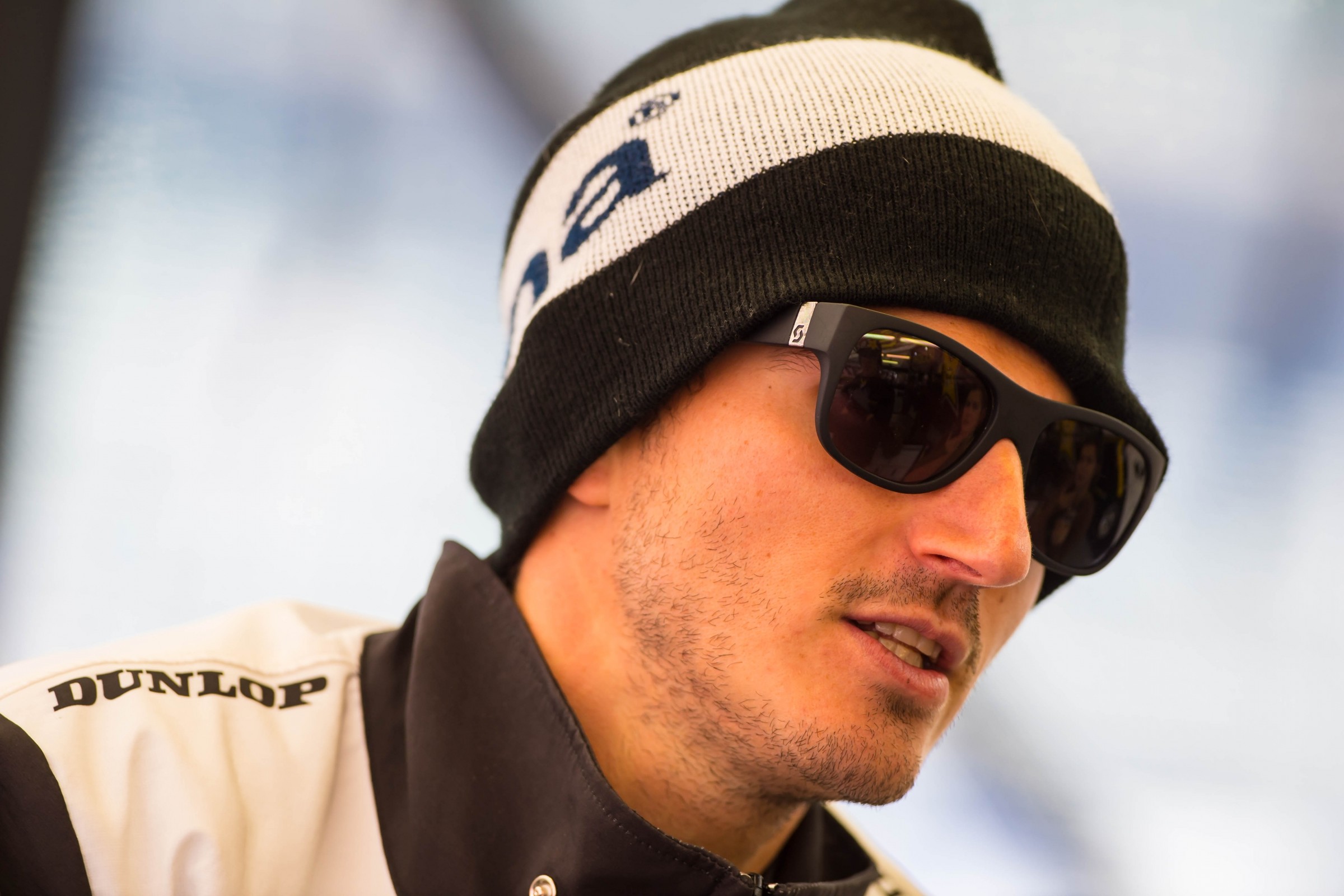 After going 18-13 in the first two 450SX main events this season, Christophe Pourcel told us he wouldn’t really be ready to race until round seven. Seven seems like a random number, but we tucked that info away, because last year Pourcel struggled at the first few rounds of Lucas Oil Pro Motocross, but said he would be better at round five. Lo and behold, after just one top five in the first ten motos of the season, he scored a 3-5 at round five at High Point, then followed it with a 2-4 the next weekend at Budds Creek. There is no other rider like Pourcel—so when he tells you strange things, you believe it.

Arlington hosted round seven, so we watched Pourcel closely. The 2009 and 2010 250SX East Region Champion took third overall in qualifying, but he’s been fast there all year. The difference was that he turned in a series of fast laps, instead of just one late heater. The progress that really mattered showed when the gates dropped in the actual races. Up until Saturday, Pourcel looked like was scared to race and battle. This time, he actually raced instead of rode. He finished eighth, bettering his season-best finish by four positions, but this was bigger than that. The fact that he actually fought for position marked the real breakthrough. We found him after the race to ask about this round seven theory.

“Like I’ve said, it’s been five years [since I raced supercross],” Pourcel told us. “It’s kind of scary, supercross with all the guys jumping all over and they are so close from each other. The tracks like tonight are pretty small. We’ve seen a few guys jump on each other and take everybody out. You’ve got to be aggressive to make a pass. You’ve got to learn and it’s maybe not my style. So I just kind of adapt again, which is tough when it’s been so long.

“I was pretty confident for outdoors because [in between national seasons] I rode the GPs, I won GPs… It’s motocross. Supercross it’s been five, six years. It’s a long time. I knew it was tough this year. There’s so many good guys. On TV they said it’s probably the most stacked ever. There’s a lot of good guys all the way to 15th, 16th. You’re still going fast, but it’s just not easy to get back and be able to do a top five or a podium right away. Just got to accept where you are. It’s tough sometimes.”

When Pourcel first signed with the Rockstar Energy Racing Husqvarna team last year, there were some doubts that it would work. Pourcel had been down a rocky road over the previous years, but team owner Bobby Hewitt has built great personal relationships with his riders, and he claimed it would work. So far Pourcel has had a drama-free existence with the team. But without a decent finish through the first six races, there had to be a little pressure building. Pourcel says Hewitt has been patient.

“Well, the result doesn’t matter,” said Pourcel. “The only thing he has said, I shouldn't get passed right away. I start in 12th, I go back to 17th, I come back in 13th. Tonight Bobby, and he told me many times, whenever you start in 14th just stay in 14th or pass, but don’t go backwards because then you’ve got to pass them again, and it’s just a waste of time. So that was a big step tonight.

“The goal was to be in the top ten. It’s very good for the team,” he added. “Everybody’s happy. I had a good heat also, almost won. So it’s good. Also, like you said, every time I’ve had the speed in practice. So being 17th, 18th every weekend it’s tough to accept but at least I know I have the speed to eventually do better. If I was top 15 speed all weekend and end up 15th then I’d be like, I have nowhere to improve. But here there’s so much we can improve and we are here for two years. Bobby’s having a lot of trust in me and I finally proved that I can ride with those guys. It’s nice for him to tell everybody that I can do it.”

If you watched Pourcel’s duel with Trey Canard during the mid portion of the Arlington main event, you can see he’s suddenly much more aggressive than he was earlier in the season. He’s also adjusting to the tracks, which get much rougher by the end of the race day than any test track.

“The big thing also during the main the track is destroyed,” he says. “All the ruts are just…you have got to adapt. Practice and the race is completely different. The main line is just all the ruts that are just not even right. You can see Dungey is doing a lot of changing of his lines. He cuts down on the corners and stuff, so you can learn from all that. It’s just so different. But Dungey’s been probably doing 70, 80, I don’t know how many main events on a 450. I’ve only done four or five. I can’t learn that quick what everybody learns in seven years.”

Eighth is progress, but Pourcel was still a long way off from the top five or podium that he wants. How far can Pourcel go? We’ll see with more time.

“You have race back into that intensity,” he says. “I can go very fast during the week, but this intensity is not something you can practice.”