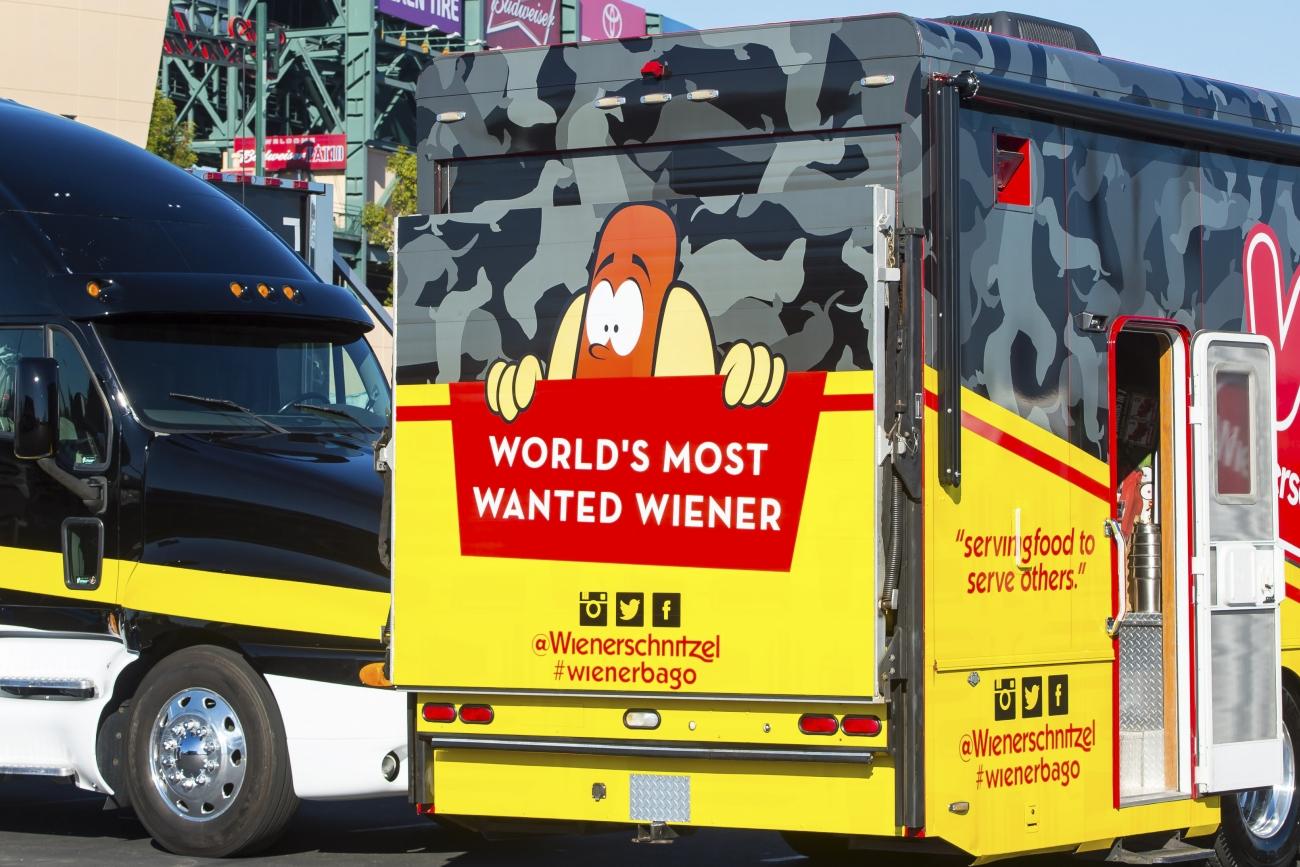 As the kids like to say nowadays, the return of Monster Energy Supercross was lit! Soaked in controversy from the opening laps, the opening round left plenty of questions to be answered. Guess what? I’m not here to answer them. We’ve had plenty of coverage about that stuff. Instead, let’s look at some interesting social media stats that the Hookit team complied over four days (Jan. 7 – 11).

(If you didn’t already know, Hookit is a digital platform created to support and connect athletes, brands, and sports. Hookit provides real-time rankings, data, and insights to quantify the talent and marketability of athletes for the industry.)

They measured social interactions across Twitter, Instagram, and Facebook during that span and it's no surprise that Ken Roczen, whose social media prowess has been well chronicled, garnered the most interactions with 302.5K. Ryan Dungey (152.8K), Chad Reed (149.8K), Dean Wilson (70.9K) and Marvin Musquin (62.7K) rounded out the top five in 450SX. Meanwhile, Cooper Webb (46.9K) took the top spot in 250SX over Jimmy Decotis (23K) and Christian Craig (15.9K). Check out the entire top 10 from both classes below.

For some reason, Weston Peick gained 15,753 new followers across social media over the four day span—the most of any rider. Hmmm. We have no idea why. Also, some guy named Vince Friese was second to Peick in percentage growth. Again, no idea. They even dwarfed the guy who won the race. Strange!

According to a report by Motorcycle News, Suzuki engineers have developed a variable valve timing set-up exploiting a loophole in MotoGP’s “no Variable Valve Timing” rule. The design will be featured on the new GSX-R1000. More from the report:

During the GSX-R’s unveiling at the Milan motorcycle show late last year, Suzuki announced that it ‘takes in technologies developed in MotoGP such as intake VVT’ – which raised some eyebrows since MotoGP rules specify that: ‘Variable valve timing and variable valve lift systems, driven by hydraulic and/or electric/electronic systems, are not permitted.’

The implication is that the GSX-RR MotoGP racer features a VVT system that circumvents that rule by using neither electronics nor hydraulics, and that the same design is used in the GSX-R1000. Now patent drawings have revealed how the Suzuki system works and how it’s legal in MotoGP.

Read the rest of the report.

Bell and the helmet cam 360fly (yes, the one Chad Reed endorses) are joining forces to offer the first helmet with an integrated camera. The helmet is expected to feature Bluetooth and wifi connectivity, but more importantly will have features that focus on safety. Per Lane Splitter, the lens “should pick up and focus on motion approaching from outside the rider’s field of vision.” We’ll see how this pans out, but it certainly sounds like a good idea. More from Lane Splitter:

Finally, and most importantly, the camera also has a Collision Avoidance Alert function, which will sense and notify the rider of oncoming dangers outside of the rider’s field of vision. The Skully and new BMW HUD helmet claim to offer a similar feature, but the Bell system will have to rely on sound instead since it doesn’t have a screen.

The helmet will also have GPS sensors, so the video will have geotagged locations, as well as a barometer/altimeter. Bell says the battery will last about two hours, so make sure to charge it between track sessions or to wait to turn it on until you get to the canyons.

The plan is to offer versions of the Bell Star and Moto 9 Flex. No price has been announced.

Moto in the News

Phineas T. Barnum, the 19th century American showman and circus owner is tied to the quote, “There’s no such thing as bad publicity.” Mick Jagger, lead singer of the Rolling Stones once said, “As long as my face is on page one, I don’t care what they say about me on page seventeen.”

Over the course of the last week, motocross made headlines across mainstream media. The good came earlier in the week, when Ryan Dungey was unveiled on the new cover of the Wheaties box, joining sports icons like Michael Jordan, Tiger Woods and Wayne Gretzky, among many others, to hold the honor. People Magazine, USA Today and many other outlets ran stories on the announcement.

Later in the week, headlines such as “Supercross Racers Get In A Fight Right In The Middle Of A Race” from the popular sports website Deadspin stretched across sports blogs from For The Win, The Big Lead and Vice Sports, to name a few, and also larger outlets like ESPN. (Note: The Instagram ESPN posted of the fight currently has 51.4K likes.)

I don’t feel I need to explain what happened, or even offer an opinion, you’ve surely heard enough of those this week. My question: Was having the fight on media outlets across the country good for the sport? Will it drive more people to watch this weekend?

Oh, and it looks like Ken Roczen will be featured in the iconic Sports Illustrated at some point this year.

Just got done with an awesome @sportsillustrated photoshoot. Gonna be a rad story. thanks @stancesocks for letting us use your gym.

FS1’s Jenny Taft recently visited Ryan Dungey’s home of Belle Plaine, Minnesota, in a cool feature that shows Ryan’s humble beginnings, where he met his now wife, Lindsay, and where he got his start riding.

“My earliest memory of riding dirt bikes was riding on the tank of my dad's bike down in Baja,” says Alexander.  “There was a lot of exploring happening and I think we stayed out a little later at night than we were expecting to… that kind of shaped my idea of what riding a dirt bike was supposed to be like!”

After a trying week, filled with controversy from every angle, I think we all need this:

If you somehow missed this last week, it was far and away the best news I received. In an announcement regarding their partnership with Feld Motor Sports and Monster Energy Supercross, Wienerschnitzel also snuck in this little gem: “With this new level of partnership, Wienerschnitzel will have a large pit presence at the races as well as promotional mentions via a variety of media vehicles including television and radio broadcast. Attendees at select West Coast Supercross events will have the opportunity to cheer on local dachshunds competing on the track for the title of “Fastest Wiener in the West” during the Wienerschnitzel Wiener National race!”

And now, I present to you, the Wienerschnitzel Wiener National race. (Note: Thanks to our contributor Spencer Owens for covering the event. Also, someone please send me this GoPro footage. Thanks in advance.)

Ad of the Week

Former Cycle News editor Cameron Coatney spotted this online and posted it on Facebook, adding, "I F Ing love this ad someone placed on the east coast. I had a 1987 CR500 and what he says is true. Laugh away."

Casey Stoner is returning to Ducati, the brand he won his first MotoGP championship with, this year as a test rider and brand ambassador. His first test session is scheduled for the Sepang circuit at the end of January. While a full-time return to racing is definitely not in the cards, Stoner did leave the door open for a wildcard race, telling Motorcycle News, “Ducati wants me to do wildcards and I’ve got options whenever I want, but at this point we have made no decision. I’ll see how the tests go and hopefully I can get some test time on a grippy track that’s race-ready. My main focus is testing and to work on the development program to get Ducati back to winning races.”

Stoner, who left Honda for a return to Ducati, also said last week that he felt two-time MotoGP Champion Marc Marquez felt threatened by his presence in the team as a test rider. “At Honda I was just an occasional tester, I did not have any other role and, to tell you the truth, they never took full advantage of my potential,” he told Italian publication Motosprint. “I think Marquez and all his entourage felt threatened by me. I don’t know why they thought that, but that’s my feeling. I was at Honda to do some testing, to try new things that could then be transferred to the works riders, so I was there to help Marc. But it’s also true that the number one rider is the one everyone must follow.”

MotoBot Headed to the Track

Remember last October when we told you about Yamaha’s Motobot, the motorcycle riding humanoid robot? Last week, Yamaha made another announcement regarding their bot—they want it on the track by 2017. Per Asphalt and Rubber, Yamaha wants “Motobot making laps on a race track by 2017, at over 200 km/h (125 mph).” More from the report:

Yamaha calls this Phase 2 of the Yamaha Motobot development plan, and says that the “the sophisticated technologies acquired in achieving the high objectives detailed here are also intended to be applied to advanced technologies and rider support systems in the future, as well as other options that may segue into new business development.”

That’s business-speak for, “we’re going to learn some cool stuff, to make some cool stuff even more cool.” More seriously, when the Yamaha Motobot debuted, we argued strongly about how important this project was for Yamaha, and for the motorcycle industry as a whole.