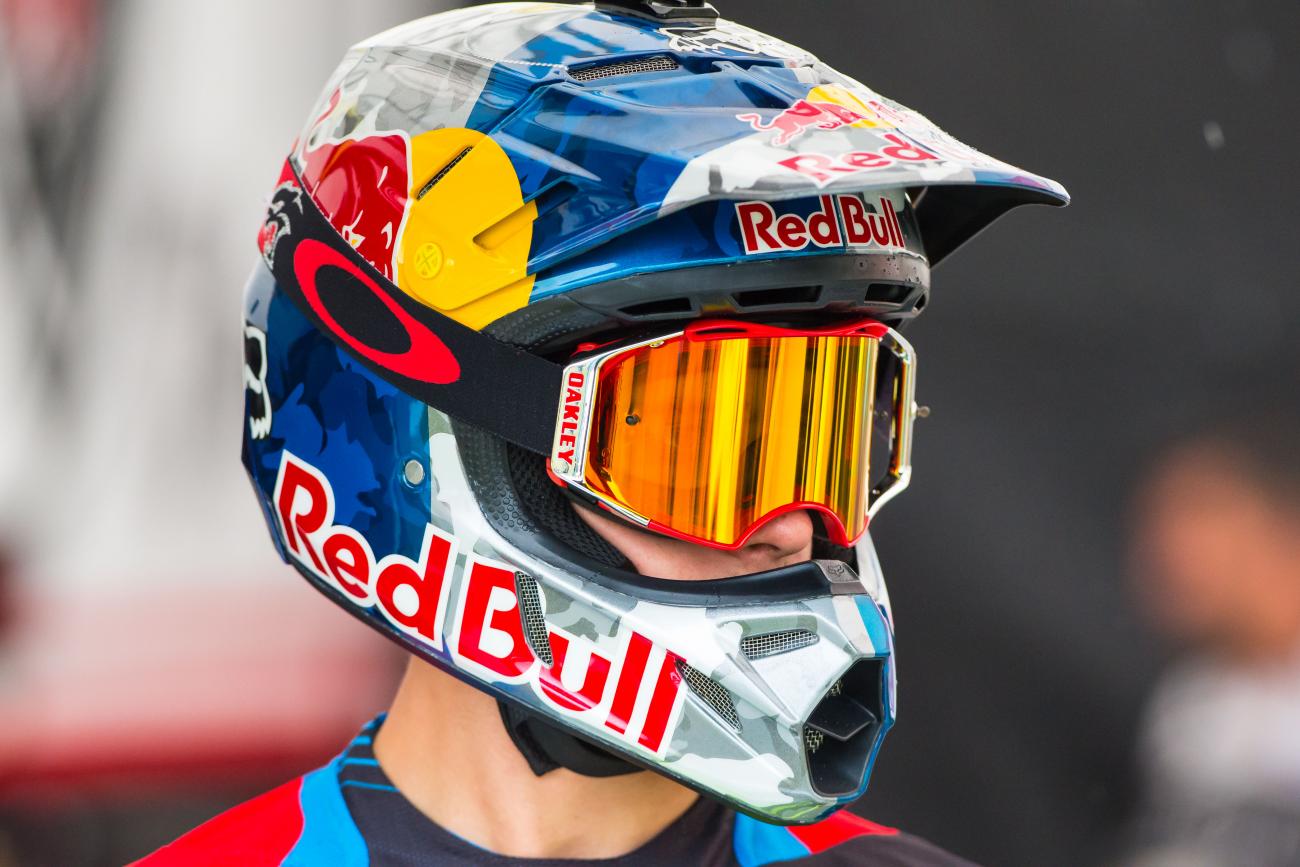 Social media continues to play a larger role in our daily lives. With more and more people reaching for Facebook or Twitter to find out on the day’s happenings, in sponsor-driven sports such as motocross, brand awareness can be created with strong social media presence just as much as it can with podium finishes. According to a September 2014 study by the Pew Research Center, 71 percent of online adults use Facebook, 23 percent use Twitter, and 26 percent used Instagram. If you’re online, there is a damn good chance you’re using social media.

In racing, social media is especially important. Having a large social presence makes you more appealing to sponsors, which can drive up the cost of your current deal. If you follow riders, you’ve probably noticed Retweets and Regrams of their sponsors’ product announcements, especially when 2016 bikes/gear/goggles and more went public recently. If you have the ability, like Ken Roczen, to snap a photo and send it out to your more than 500,000 Instagram followers (or even if you only reach half), it can make a huge difference to a sponsor. It’s going to keep getting more important, too.

So who is winning this race? We teamed up with Hookit—a digital platform for sports created to support and connect athletes, brands, and sports, which provides real-time rankings, data, and insights to quantify the talent and marketability of athletes for the industry—to quantify statistics for the 2015 Lucas Oil Pro Motocross Championship. What you’ll find is not that surprising if you’re closely monitoring these riders on social media. If you’re new to this, though, prepared to be surprised.

Throughout the Lucas Oil Pro Motocross Championship, Hookit compiled statistics across three social media platforms—Twitter, Instagram, and Facebook. Included in the findings are interactions (likes and comments), posts, total followers, overall finish in the championship, percentage engaged, and new followers. Ken Roczen, a social media magnet, helped in part by his immense popularity in parts of Europe, had the most interactions during the 2015 outdoor season. From May 15 through August 24, Roczen had 3.6 million interactions across the three platforms.

Although Roczen moved the needle even when he was hurt, staying healthy and in the spotlight is still very important, and of course having success on the track is also essential. During Monster Energy Supercross, Justin Barcia failed to podium and missed eight rounds with injury and ranked ninth on the social leaderboard with 675,300 interactions. In contrast, during the Lucas Oil Pro Motocross Championship, where he finished third in the final 450 standings, he ranked third with 1.6 million interactions.

But there’s more to it than simply showing up and racing well. In 250MX, despite missing the final six rounds with a shoulder injury, Adam Cianciarulo was the leader amongst interactions with 1.4 million. He was the only 250 rider to top 1 million, with Cooper Webb (361.2 thousand) and Marvin Musquin (323.4 thousand) next in the rankings. Two-time 250MX Champion Jeremy Martin, who is not very active on social media (just 80 posts throughout the season), ranked eighth with 62.2 thousand interactions.

The key for Cianciarulo and Roczen? They keep on posting. AC’s 582 posts dwarf second-place Webb’s 143. Roczen’s 644 wasn’t as much as his 800-plus posts during supercross, but the number is still much more than Dungey’s 233. These guys work at it and it works for them.

We mentioned Dungey stepping up his social presence earlier. While he trailed Roczen by more than 1.8 million interactions during the season, he did gain the most new followers. From May 15 through August 24, Dungey brought in 154,189 new followers across Twitter, Facebook, and Instagram. Roczen was in second with 147,884 new followers. Barcia (117,435) and Cianciarulo (101,956) were the only other riders to gain more than 100,000 new followers during the span.

When Shaun Simpson announced he would contest round ten of the Lucas Oil Pro Motocross Championship at Unadilla, there was immediate intrigue. Simpson was suddenly cast into the spotlight of an entire new market—the United States. Helped by a win at Lommel the week prior, Simpson, who rides full time in the FIM World Motocross Championship, was featured on NBC Sports Network prior to the race and was a topic of intrigue on message boards and across media publications throughout the industry.

Simpson finished an impressive fourth overall in the 450 Class at Unadilla, further increasing his profile. According to Hookit, Simpson’s social media presence grew the most during the outdoor season, with a 44.9 percent increase. CycleTrader.com/Rock River Yamaha’s Alex Martin, who enjoyed a career-best season in Lucas Oil Pro Motocross, was second with a 43.4 percent growth.

Here’s the key proof that race results don’t make the ultimate difference in social media. One rider that pushes the needle even when he’s not racing or winning is James Stewart. Stewart missed the entire 2015 season while serving a sixteen-month suspension for a positive test for a banned substance following the Seattle Supercross in 2014. Despite the fact that he hasn’t competed in a race in nearly a year, Stewart ranked second to Roczen in interactions during the 2015 Lucas Oil Pro Motocross Championship with 2,656,354 million interactions. Second!

Stewart, whose suspension ended on August 11, 2015, also beat out Dungey for number of new followers with 163,179 compared to Dungey’s 154,189. Stewart also ranked first in followers among Instagram, Facebook, and Twitter. The most staggering part of all? Stewart only posted 105 times, which is half as much as Dungey and six times less than Roczen. Consider this yet another way—James Stewart bends physics and established criteria.

Stewart, of course, established himself as a superstar long before the 2015 season. In fact, Bubba fans probably followed him more closely than ever this year, since there was no other way to watch him ride. But it takes a lot of time and effort to establish a network and fan base like Stewart, Roczen, and Cianciarulo have. To some, that might seem like wasted time for a professional athlete. These days, it most certainly is not.

It’s hard to believe, but the web search is now the old-fashioned way of checking in on your favorite athlete. But sometimes going straight to his Twitter account doesn’t give all the info you need. These search stats are telling, as riders had a spike based around certain events. Dungey’s big hits came when he won the ESPN ESPY for Best Action Sports Athlete, and Stewart’s spiked just around the time his suspension was about to expire. Barcia’s name popped up much more in early July when he won the RedBud National, which was broadcast live on NBC.