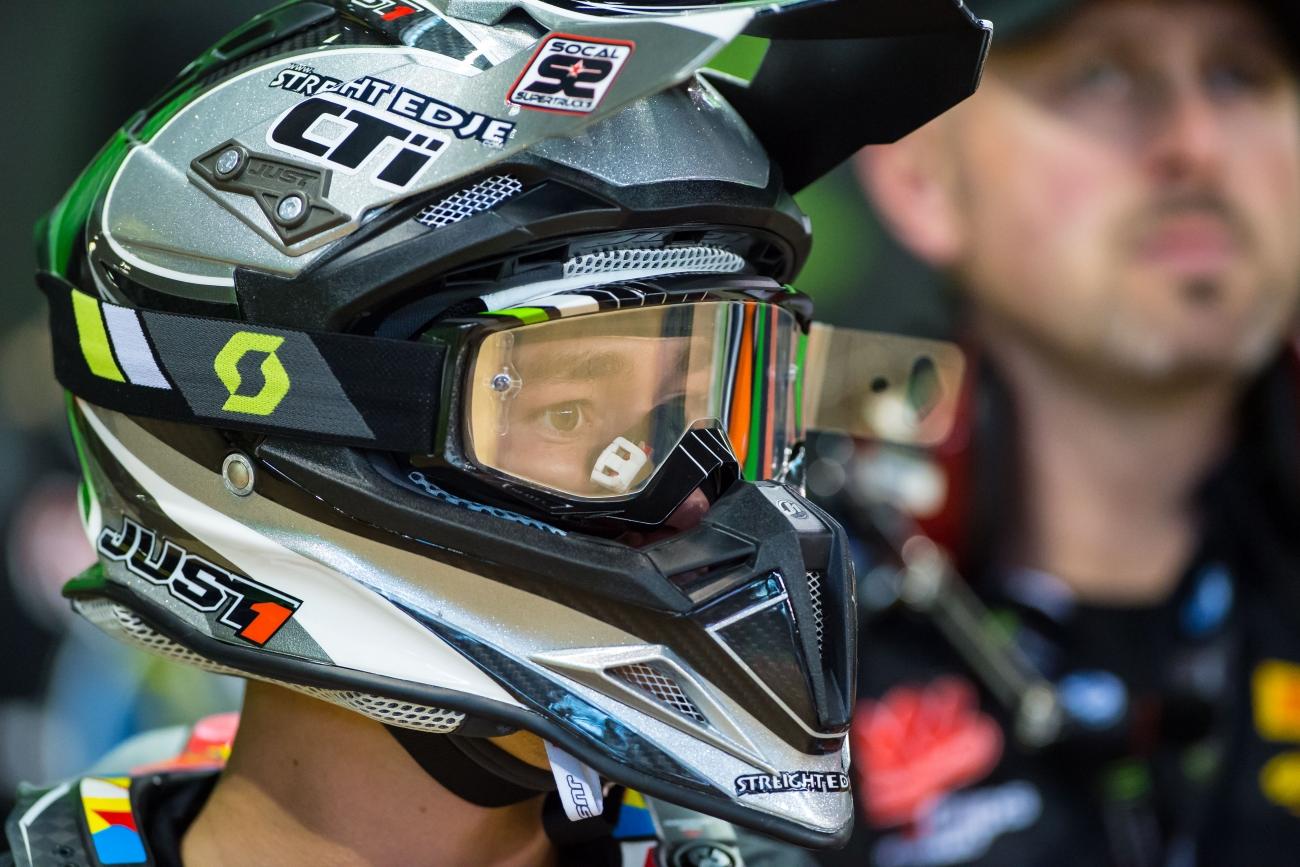 “I could have maybe had a few better races if I had hung it out more, but the goal was to make it to all twenty-nine events. I wanted to know the limits of the 450, and now I know what those are. Next year I just need to push it a little more, and hopefully I’ll be up front battling more.” – Blake Baggett in our Monday Conversation back on September 7.

The true test is about to begin for the 2015 rookie crop of Baggett, Cole Seely, Jason Anderson and Dean Wilson. They were solid last year. Baggett and Anderson made it to all of the races and posted a bunch of podiums; Seely made all the Monster Energy Supercross rounds and finished third in that series along with a race win. Wilson sustained an injury, but three out of four isn’t bad.

Now is when it gets interesting. Wilson got hurt, but safe to say safety was the goal for all four of those riders for 2015. The first year is supposed to be the learning year, and Baggett, for one, made it obvious that all he wanted to do was make it to all the races. So each week Blake would trot out the same phrases. “Plugging away.” Steady Eddie.” “Slow and steady.”

That works fine for rookies, who are usually secure with multi-year contracts and no real pressure or expectations. (Sorry about the luck for Justin Bogle, who only has a one-year 450 deal with GEICO Honda. But that was mostly a byproduct of every other rider having a two-year deal, which meant there weren’t any openings. Now Bogle has to have a decent year to get some suitors when rides open up for 2017.)

In 2016, the new guys from 2015 can’t fly under the radar anymore. If Seely doesn’t follow up on his 2015 success, people will wonder if he’s okay. There’s buzz about Anderson as a dark horse title pick; Baggett looked poised to take a leap; Wilson has to prove he’s worthy of his deal…suddenly there are expectations on these guys, and expectations create pressure, and that’s when things can go sideways.

We ran some stats lately comparing riders in year one and year two. The numbers are so eye-popping that I’ll mention it here again: Of the last twelve riders to win races in their first full 450 year, only three increased their win total in year two. It seems impossible that most riders get worse in year two, but when you start to talk about injuries and pressure, anything can happen.

Injuries are the hardest part of the puzzle to predict because they can happen at any time, to anyone, anywhere. Yes, some riders seem better at avoiding injury than others (Ryan Dungey fans nodding their heads) but the bench racing prognostications for each new year base the idea that everyone will make it through the races healthy. At least you’re dealing with known quantities about rider speed and skill, fitness, confidence and equipment. Many injuries are just bad luck. Some come from riders trying to get to that next level, and going from learning to attack mode.

Let’s hope this Baggett injury is just an anomaly, and the season doesn’t bite many more.