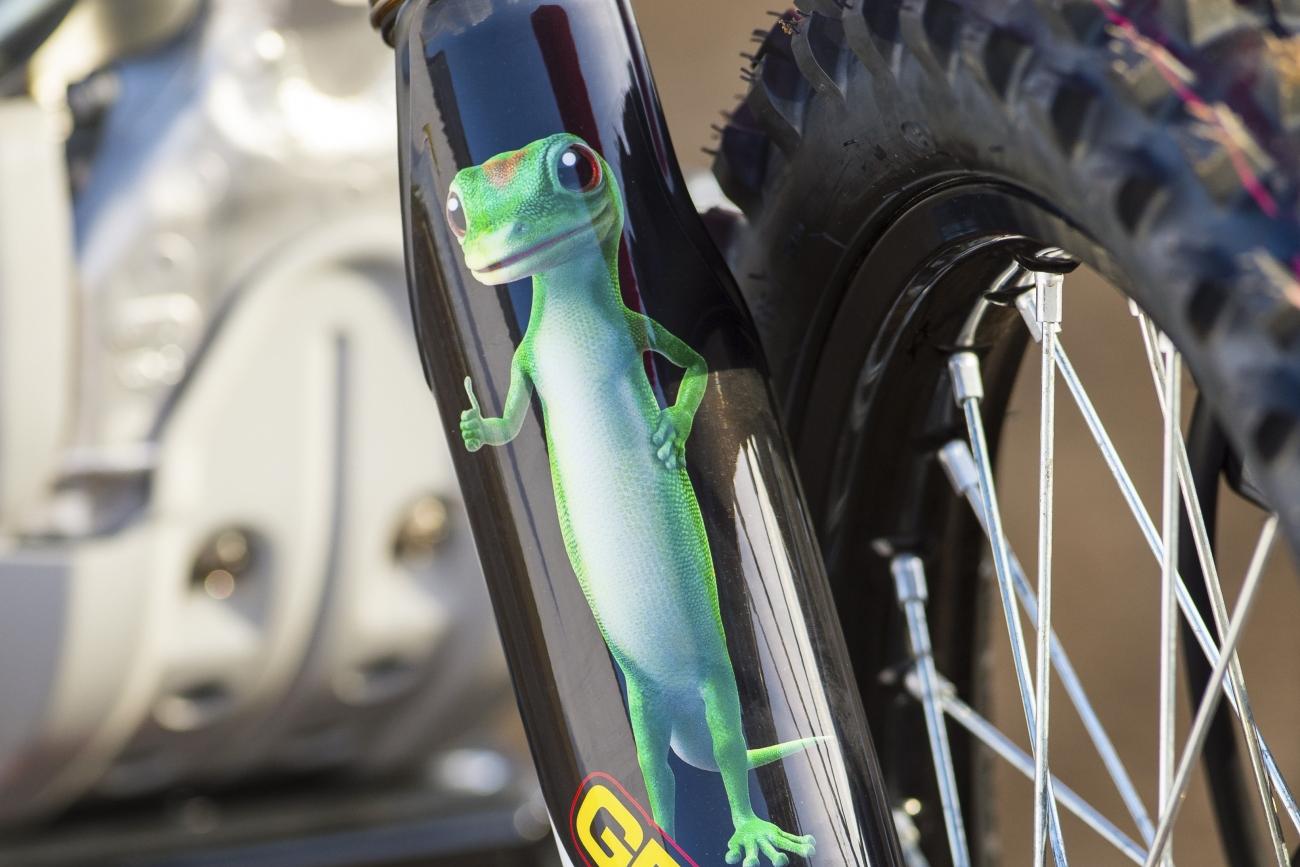 Honda returned to Formula One in 2015 for the first time since leaving the series in 2008, powering the McLaren cars. Honda had some real glory days a few decades ago in F1, but initially left the series after having won just one race between 2000-2008. Their return fell flat, as McLaren finished ninth of the ten teams in the series. Part of the problem was that Honda came into the series a year after all the other engine manufactures, thus putting them far behind. The New York Times has more on Honda’s return.

So no one anticipated that the Japanese company’s return to the series this year would be such a disaster. The engine has not only been grossly underpowered, but it has also been unreliable, breaking down several times.

The current Formula One rules do not allow engine manufacturers to freely develop and modify their engine during the season. So Honda, like the other manufacturers, has been locked into trying to make only incremental changes.

You can read more about the return at nytimes.com.

In late November, the Red Bull Knock Out, an insane race that is part motocross, part enduro, part hard enduro and part rally raid, returned to The Hague Beach in the Netherlands for the first time in seven years. Red Bull recently released a 360° view of the race—and it’s killer. Make sure to play around with the arrows in the top left hand corner or the video will seem fairly lame.

Photography With a Twist

The Lab recently pulled a pretty cool experiment with six different photographers. Each photographer was brought in separately from the others and asked to take a portrait of the same guy. The twist: a different background was given to each. So, for example, one photography was told he was an alcoholic, while another was told he was a billionaire. The results are pretty crazy.

During peak hours, Netflix takes up a mind boggling 37 percent of all Internet traffic in North America. 37 percent of the entire continent!!! This of course pissed off cable companies like Comcast and Time Warner who wanted Netflix to reimburse them for sending so much traffic to their customers. Netflix refused, but after some fighting (i.e. the cable companies slowing down speeds to Netflix) they eventually solved their little spat. Now, Netflix has a plan in place to make your user experience even better while also reducing their amount of data by up to 20 percent. Variety has the details.

It’s a much more complex movie, at least from a purely visual perspective. This means that Netflix’s encoding servers have to work a lot harder to get it down to the same file sizes as they do with “My Little Pony,” leading to more compression and possibly more visible artifacts at low bitrates. That’s why in 2011, Netflix’s video algorithm engineers realized that they shouldn’t apply the same encoding rules to these two very different titles. “A one-size-fits-all model doesn’t give you the most optimal quality,” said Aaron.

Instead, they decided that each title should get its own set of rules. This allows the company to stream visually simple videos like “My Little Pony” in a 1080p resolution with a bitrate of just 1.5 Mbps. In other words: Even someone with a very slow broadband or mobile internet connection can watch the animated show in full HD quality under the new approach. Previously, the same consumer would have just been able to watch the show with a resolution of 720*480, and still used more data.

But Netflix’s new per title approach doesn’t just improve things for animated TV shows. Fans of other fare are also set to benefit, and see significant bandwidth savings when streaming the highest quality 1080p video. Netflix’s video algorithms team set up a test for Variety in its offices in Los Gatos last week, streaming two episodes of “Orange is the New Black” in 1080p on two TVs mounted side-by-side, similar to the tests the company has been doing with its employees. The images on both TVs looked virtually identical — but one streamed with 5800 kbps, using Netflix’s legacy encoding scheme, whereas the other displayed the show with 4640 kbps. The difference? 20 percent in bandwidth savings.

Check out the entire article.

You should probably watch the second episode of our 2016 Monster Energy Supercross preview shows that was released earlier this week. They’re pretty awesome!

Also make sure to check out episode 1:

Hey, guess what? It will soon cost you a $5 registration fee to operate your drone. On Monday, the Federal Aviation Administration (FAA) unveiled its national drone registry that will go into effect on December 21, 2015. Any drone that weighs between .55 and 55 pounds upon takeoff will be required to register, according to Slate. The fee will be free of charge from December 21, 2015 to January 21, 2016. After that, you’ll be ponying up $5 in cold hard cash—or you could probably write a check, I’d assume. More from Slate:

Outside commenters on the proposed registry were also strongly opposed to a fee. “Many commenters expressed concern that imposition of a fee would only serve to increase the size of the Federal Government and not contribute in any way to the safe operation of UASs,” the FAA acknowledged. “Commenters stated that a fee will deter registration and place an unnecessary financial burden on hobbyists.”

Read more about the registry here.

...are now all robots. Pretty scary, right? Ok, ok, maybe they’re not “all” robots, but there is definitely one that is. According to Mashable, a “turbine-aided firefighting robot, otherwise known as the TAF 20, will be on the front line in New South Wales (NSW),“ and it looks awesome.

Apparently, this thing can shoot a stream of water 295 feet and spray foam or mist 197 feet. Somewhere in California, David Pingree is in a tree trying to get a cat down, salivating to get his hands on this.

Goldman Sachs now projecting that new Star Wars will do $1.95 billion internationally at the box office for Disney (H/T @carlquintanilla)

The Mint 400 desert race in Las Vegas, Nevada, has been taking place for decades. Akin to the Baja 1000, the race is a 400 mile sprint between trucks, cars, buggies, you name it, through the desert. In an announcement yesterday that they would be returning as presenting sponsor in 2016, BFGoodrich Tires sent out this video from 1978, which follows the BFGoodrich team of Frank Vessel and Bob Gordon running two Chevy Blazers at the Mint 400—think Troy Adamits, but way back in the ‘70s. The trucks and equipment are so incredibly rudimentary compared to what we know today.

“Desert racing is where BFGoodrich Tires has written much of its off-road history,” said Jaye Young, business segment manager, BFGoodrich Tires. “Sponsoring the MINT 400 provides a signature event in the United States for us to demonstrate product performance and develop activities around the race that continue to prove our leadership with the off-road enthusiast community.”

KTM is set to join the ranks of MotoGP in 2017 with the RC16. The Austrian brand has seemingly found success everywhere lately, with the exception of the MotoGP class, which they hope to change very soon. The bike made its track debut in October at the Red Bull Ring in Austria, and has gone through its first test with Mika Kallio, the Moto2 runner-up in 2014. MotoMatters.com spoke with the new KTM test rider about the bike.

Strong and weak points of the bike? The engine is quite powerful already?
It seems so. Of course, we don't really have a reference at the moment, with none of the other guys at Valencia. But it seems that the engine is powerful, and also how the power comes, it's quite smooth. I really like it, how the engine is. But like I said, we still need to adapt the electronics for the engine, and this is the difficult part always.

For me there were not really any weak points, but if I need to say something, what we need to improve is mainly how the front is working, the front part of the frame, this is something that it seems we need to do some modification there.

Like always when you build up the bike from zero and you go out for the first time, for sure you always feel some area you need to improve, to have a better feeling. And it seems that with that bike it was the front end, to have more information from the front tire on corner entry. But these are the basic things.

Read the entire interview on MotoMatters.com.

Rossi and AC at Monza

At the end of November, nine-time MotoGP world champion Valentino Rossi traded his two-wheels for four and took to the Monza Rally in Italy. Rossi won his fourth title at Monza by a 33.6 second gap. Rossi competed in a Ford Fiesta WRC 1.6. Also in attendance was eight-time MXGP Champion Antonio Cairoli, who got a flat tire in the final stages and had to retire.

Check out some highlights courtesy of Oakley from Rossi’s win and a gnarly save from Cairoli from Palbo46 Rally and Racing videos.

We've featured the folks at Grammarly a few times in The Word On…, but they are back in a big way to end the year. They’ve dug through the comment sections of every sports team (that can’t be fun. Imagine the stuff you see in there?) and gathered 100 total comments for each team. Using Grammarly, they’ve identified the errors in the comments and calculated the number of mistakes and released their statistics.

China is currently covered in a thick fog with Beijing reportedly twenty times above the safe levels defined by the World Health Organization. With Chinese air quality in such poor condition, some folks in Canada have decided to sell bottles of air to China. I swear this is true. When I first saw the headline, I thought it was from the Onion. Nope, it is real. Vitality Air is startup in Canada selling “hand-bottled mountain air.” I honestly don’t know what to think of this. From Gizmodo.

The company has been selling the air for around six months, but only recently started selling through Taobao, China’s eBay equivalent. A seven-liter can of Banff air goes for about $25, and gives you about 150 shots of sweet, sweet Alberta air.