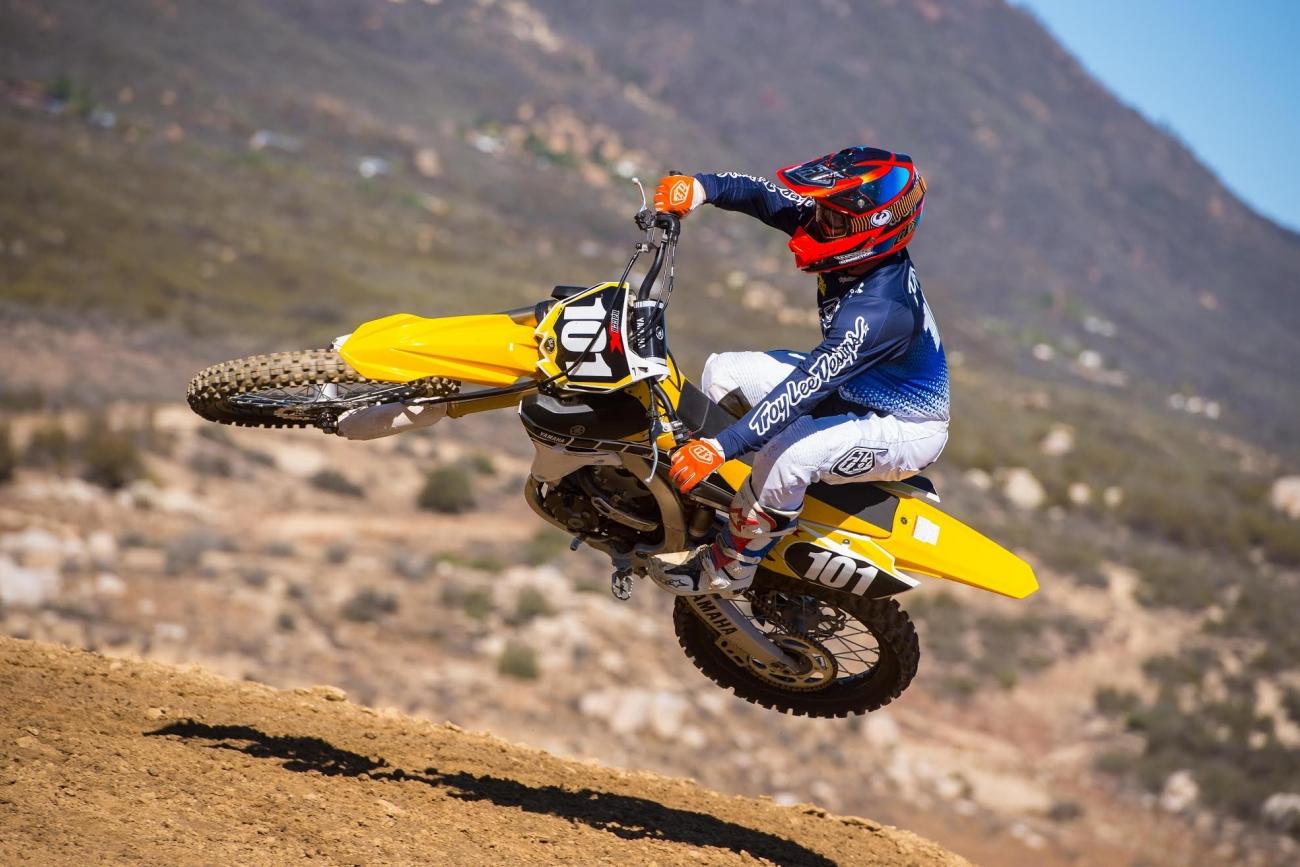 Love your column. Let's get right to my point. I have been going to SX since the Pontiac Silverdome era watching Bob Hannah kick everyone's ass on a POS Yamaha. I was there to see your KTM come apart in Phoenix. I have been to every Monster Energy Cup and this year I must say it wasn't nearly as enjoyable. The racing was great but the hyped up obnoxious music blasting until the riders were half way down the start straight was B.S. I missed the gate drop in the first race because I couldn't hear the roar of the engines. As a true motorcycle fan I don't go there for the music or the drivel of the announcer. I want to see and hear the racing. Part of that is the bikes winding up and blasting down the straight. The disco nightclub music is uncalled for. As you might have surmised from my attending races back in the day this music isn't exactly on my playlist anyway. Who do we let know that we want racing not the earsplitting crap blasting at 145 db? (I'm an engineer, I know this stuff.)

See you at the races
Mike

I can't say I disagree with you completely but you are really coming off like a grumpy, old guy who is about to tell me how he walked to school in the snow, uphill both ways. I can almost hear you shouting, "Get off my lawn!" at neighbor kids playing in your front yard. What you have to realize is that supercross has become as much of a show as it is a race, especially the MEC, so you are going to get the glitz and the hoopla in abundance. Erv Braun's voice is like nails down a chalkboard to me and the tympanic membrane-shattering music makes me want to jam a Phillips screwdriver into my ears so I don't have to hear it but I've learned to drown it out—earplugs work wonders.

I'm guessing you'd love it if they played some Doobie Brothers and Christopher Cross as the riders came flying into the stadium on their two strokes with real leather pants and boot gators but it isn't going to happen. The national motocross races might be a bit more your speed as they still have that traditional moto feel. You can send an email to the folks at Feld and voice your opinion but it will likely fall on deaf ears… or at least ringing ears after all that loud music. Good luck getting them to turn the volume down.

I know you’ve addressed arm pump in the past, but I have a wrench to throw into the discussion. I’m nearing the end of med school and preparing to continue my journey as a Neurology resident. During hell, I learned about palmaris longus. Legend has it this muscle was used by our ancient ancestors to climb trees while also holding onto fruit at the tips of their digits. According to medicine’s exalted source, Wikipedia, it is absent in 14% of the population. I am among the lofty 14 percent. I am also the guy who quickly fades at the end of races and pulls off every three laps in practice to avoid sending it over a berm. I’ve focused on riding technique and dedicated time in the gym with limited success. If branches are to handlebars as levers are to fruit, then is it possible this long-lost monkey muscle is to blame for my lack of moto? Is this something you’ve heard of, or am I just a spode? I’d be curious if any pro riders lack our beefy friend, but I doubt they’d take too kind to some dude walking the pits stroking their wrists like a fortuneteller with benefits. If there is something to this, then perhaps we should condemn our marked offspring to childhoods of soccer instead of fuel-injected happiness. What say you?

I realize scientists have to come up with something even when they don't have proof but I don't subscribe to the whole evolution theory. If you want to think you are a monkey's cousin, you go right ahead. Your arm pump theory is about as far fetched as Darwin's speculation that somewhere in my lineage my ancestors used to sit around and throw feces at one another. Actually, that is a pretty good analogy for many families around Thanksgiving and Christmas time, but that's beside the point. Poo flinging debate aside, arm pump is caused by holding on to the handlebars too tightly, palmaris longus or not. The only definitive solution is to ride more often so that you are more relaxed on the bike. You can try creams, elixirs, salves, pills or any other snake oil but the only real answer is seat time. And depending on what you're doing in the gym, you could make things worse. I'm consumed with Crossfit lately but the bar work and gripping of kettlebells, etc. has got me pumping up more than ever. The constant squeezing of your hands can almost train your forearms to pump up, so be careful. Good luck with school, Garet. Don't drink the old-school medical Kool-Aid; form your own opinions based on your experiences.

Should the decision makers at the OEMs who green-lighted air forks be stripped of their comfy spring mattresses and be forced to sleep on air beds from Wal-Mart? If air is just as good, I suspect they and their bedmates will neither mind nor miss their springs.

I haven't been too vocal about air forks up to now. I've tried having an open mind about it and have done my best to get them working properly, believing that this is the direction of the future and I might as well conform. Well, I rode a really rough track this week on several different bikes, including two with air forks and one with spring forks, and I'm no longer going to toe the line for these pneumatically sprung sticks of donkey excrement. Air forks suck. They are harsh-feeling on smaller bumps, they don't have the feel of a spring fork in sweeping turns or racing surfaces with less traction and you have to set aside about forty five minutes to check air pressure/clicker/adjuster/sag settings prior to going on the track. All of this to save a hundred bucks on the retail price of a bike? Sorry, manufacturers, but you blew past the reasonable cost of a dirt bike several thousand dollars ago and going to a crappy fork in the eleventh hour isn't going to get it done.

Put the OEM's supervisors on air mattresses? I'm one sharp, square-edged bump away from javelin-tossing a set of these things through the front window of their corporate office and then lighting a bag of dog poop on fire at the front door and ringing the doorbell. Hopefully Yamaha holds out and stays with what works because their fork is enough to put them at the front of any shootout when riding all the bikes back-to-back. Now back to icing my sore wrists.