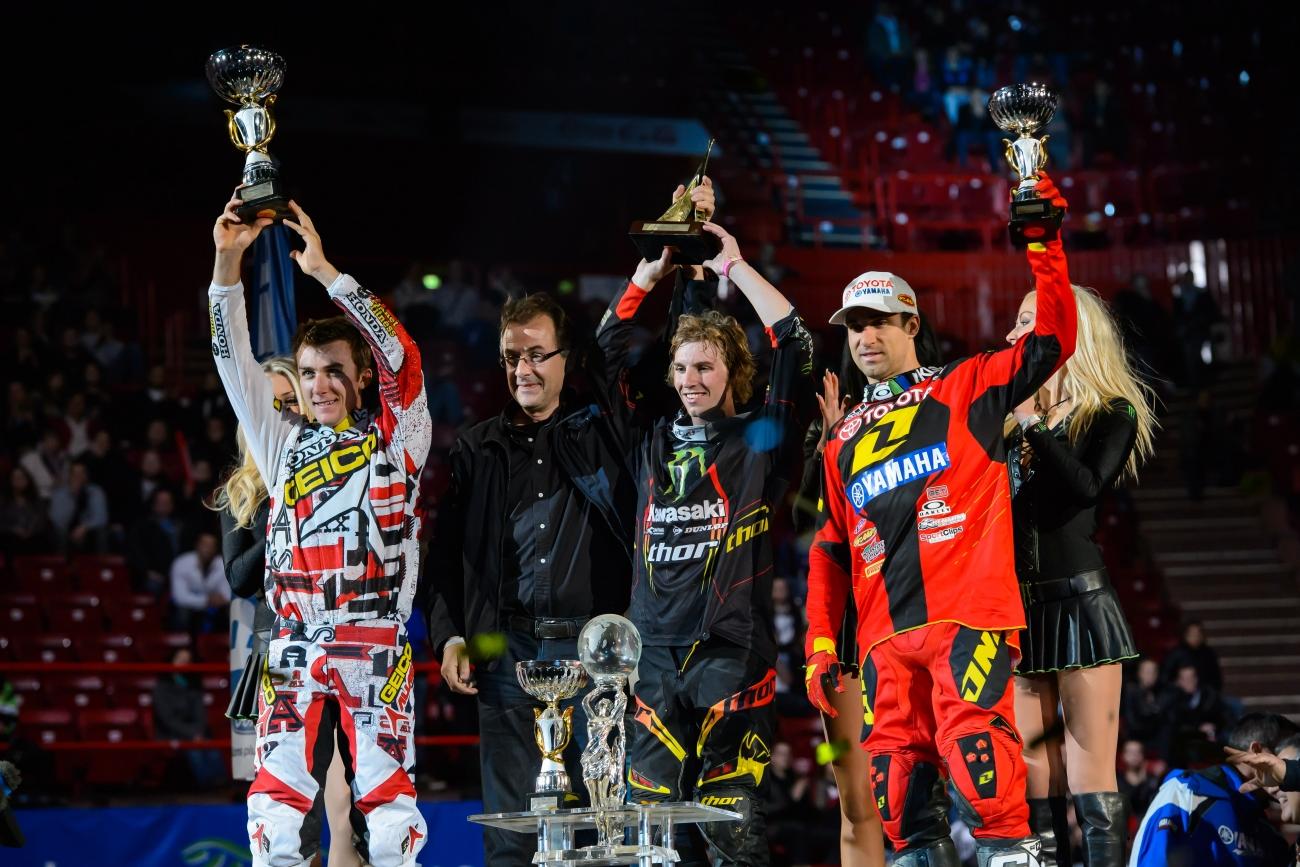 We are smack dab in the middle of European supercross season. The inaugural event in Bulgaria kicked things off, with BTOSports.com KTM’s Justin Brayton claiming the win. Genova (aka Genoa) ran last weekend, with Brayton winning the Superfinal and Yamalube/Star Racing Yamaha’s Cooper Webb winning the SX1 overall. There have also been races in Holland and Germany, with more coming throughout the next two months.

But, the biggest one of them all is this weekend. Soaked in tradition, Bercy Supercross has long been the golden standard for European supercross. Until last year, the event was held in Bercy, just next to Paris, before moving down the road to Lille due to stadium renovations. Regardless of the move, you can expect the usual fare: crazy opening ceremonies, tight racing, and an unbeatable atmosphere.

Here's our annual rundown of stats from the granddaddy of the Euro SX scene.

Past Champions at Bercy

As we figured out last year, we are terrible at translating from French. But, we think, we finally nailed it down this year. If not, please let us know in the comments.

Below is the all-time Bercy main-event wins list. This list includes both 250/450 and 125/250 races, and the event runs several per weekend. As you can see, David Vuillemin has had the most wins at the event. Here are some other cool stats from the lists:

-  An American won the first seven King of Bercy crowns before France’s Jean-Michel Bayle won in 1990. No shocker that JMB broke through first; that’s what he did everywhere else, too.

-  An American has won the King of Bercy title a record twenty-three times. France is second with seven wins.

- David Vuillemin has a record four King of Bercy titles.

- Vuillemin and Jeff Emig are tied for most Prince of Bercy titles (two).

- An American has won the last seven King of Bercy titles.

- The last non-American rider to win King of Bercy was Chad Reed in 2007.

- This year will feature two past King of Bercy Champions: James Stewart and Christophe Pourcel.

- After sweeping all four main events last year, Eli Tomac moved into a tie with Racer X’s own David Pingree with six Bercy wins. Tomac will not compete this year due to shoulder surgery. Ping can hold on to past glory for at least one more year.