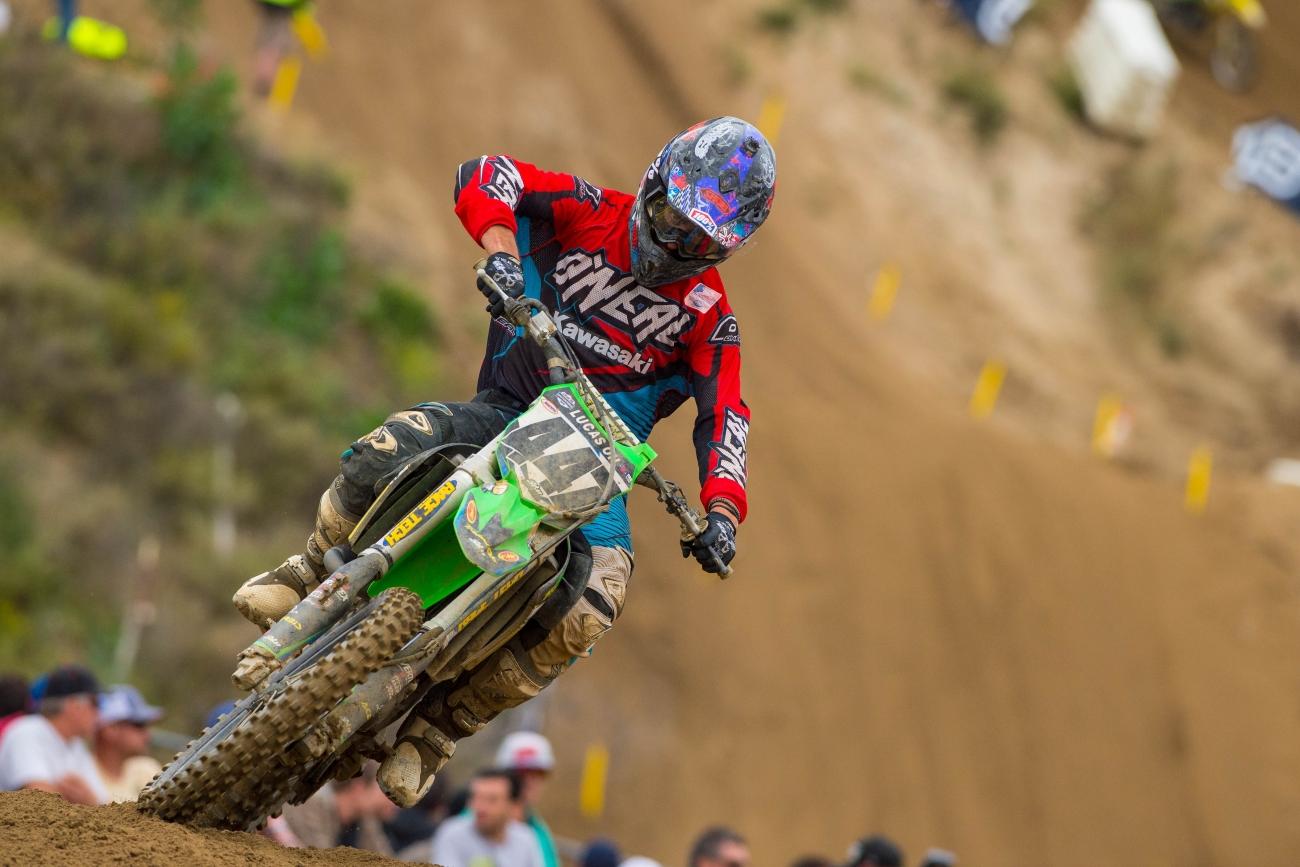 After watching both his dad and older brother carry out professional desert racing careers, Deven Raper knew he wanted to race a dirt bike. The Raper family was based in the perfect area to race the desert (Arizona), and had the right body build.

"They had no other choice [than racing desert]; they each weigh around 250 pounds," Deven laughs. "I'm glad I didn’t end up weighing that much!"

Instead of making it a priority to attend every amateur national growing up and focus solely on motocross, Raper attended a few and still went to public school. He always had his sights on becoming a pro motocross racer, but went a different route in order to get there. He wouldn’t practice that much, but when he did he made it count.

"I’m only five hours away from the best riding spots in California," Raper asserts. "I just used that to my advantage."

Raper was never homeschooled and graduated high school in 2008 with a 3.0 GPA.

"I'm glad I did graduate because it made my social skills better in the long run, which has helped me maintain relationships with sponsors," he says.

Immediately after graduating, Raper started to pursue his dream. He turned professional and raced the 2009 250SX West Region. In 2012, he moved up to the 450SX Class, and in 2015 made his first main events.

The unorthodox approach did hurt Raper in the beginning of his career, but he now feels that he has finally caught up to his competitors on the track.

"I was inexperienced heading into the pro ranks," he says. "Now that I have experience, I’m excited to see what I can do with it."

Although it seems like Raper has been racing professionally for a long time, up until 2014, he wasn’t able to make it to a lot of races due to the cost.

For 2016, Raper has stepped up by trying to brand himself and his program to attract more sponsors and maintain the old ones. The first step was creating his own personal website.

"I don’t want to send sponsors a page resume," he says. "I wanted to put a profile around myself to tell my story from the beginning."

Raper is even attempting to sell his own T-shirt in order to raise money for his program. He says that he has a strong relationship with sponsors that he’s had for years, and without their help he wouldn’t be able to afford his motocross career.

Off the bike Raper enjoys mountain biking and surfing, although lately he hasn’t had much time to hit the waves. He also prides himself in his almost trademarked long hair that you’ll see waving out of his helmet. He can rock a man bun, which he says is a plus with women.

Now at 25 years old, Raper is expecting big things of himself for the 2016 season. He still considers himself really lucky to be in a position to race motocross, and he’s enjoying waking up everyday to ride. He’s applying concepts that he’s learned in motocross to real life situations.

"It’s crazy how racing ties in with life," he admits. "It’s about overcoming things and staying relentless. It’s been amazing."

Raper is still searching for more support for 2016. He plans to do whatever it takes to get to the races and will be racing every supercross event no matter what.

If you would like to support Deven, you can reach him at deven447@yahoo.com.