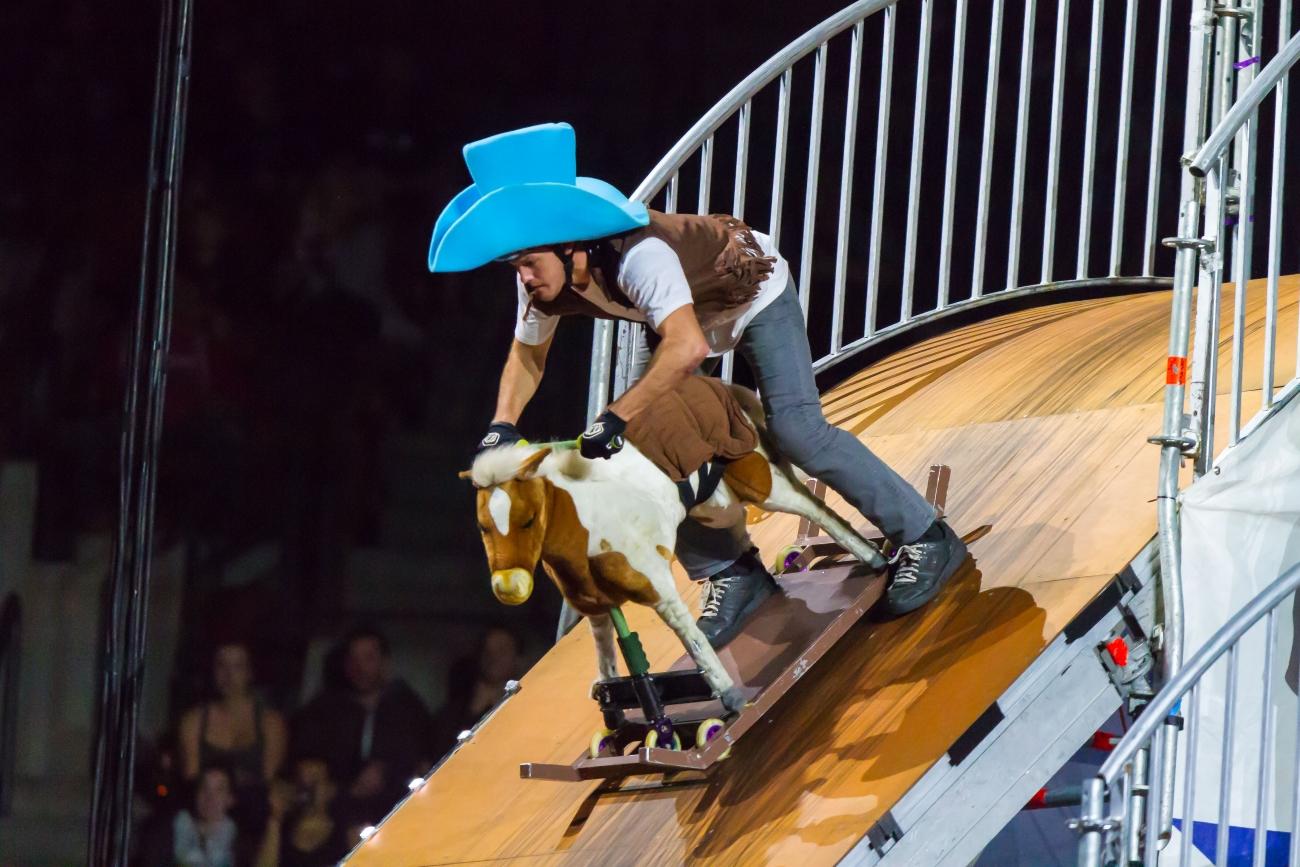 Travis Pastrana and his Nitro Circus crew are deep into their 2015 North American tour with only stops in San Jose, Glendale, Denver, Salt Lake City and Las Vegas remaining in the month of November before heading to Sweden. So, catch them while you still can. Go here four full tour dates and tickets.

On Saturday, the crew overtook the Honda Center in Anaheim, California and performed in front of a massive audience. Racer X’s Spencer Owens was on hand and captured Pastrana and his merry band of misfits, doing... well, some crazy stuff.

For more on the tour, visit nitrocircus.com.