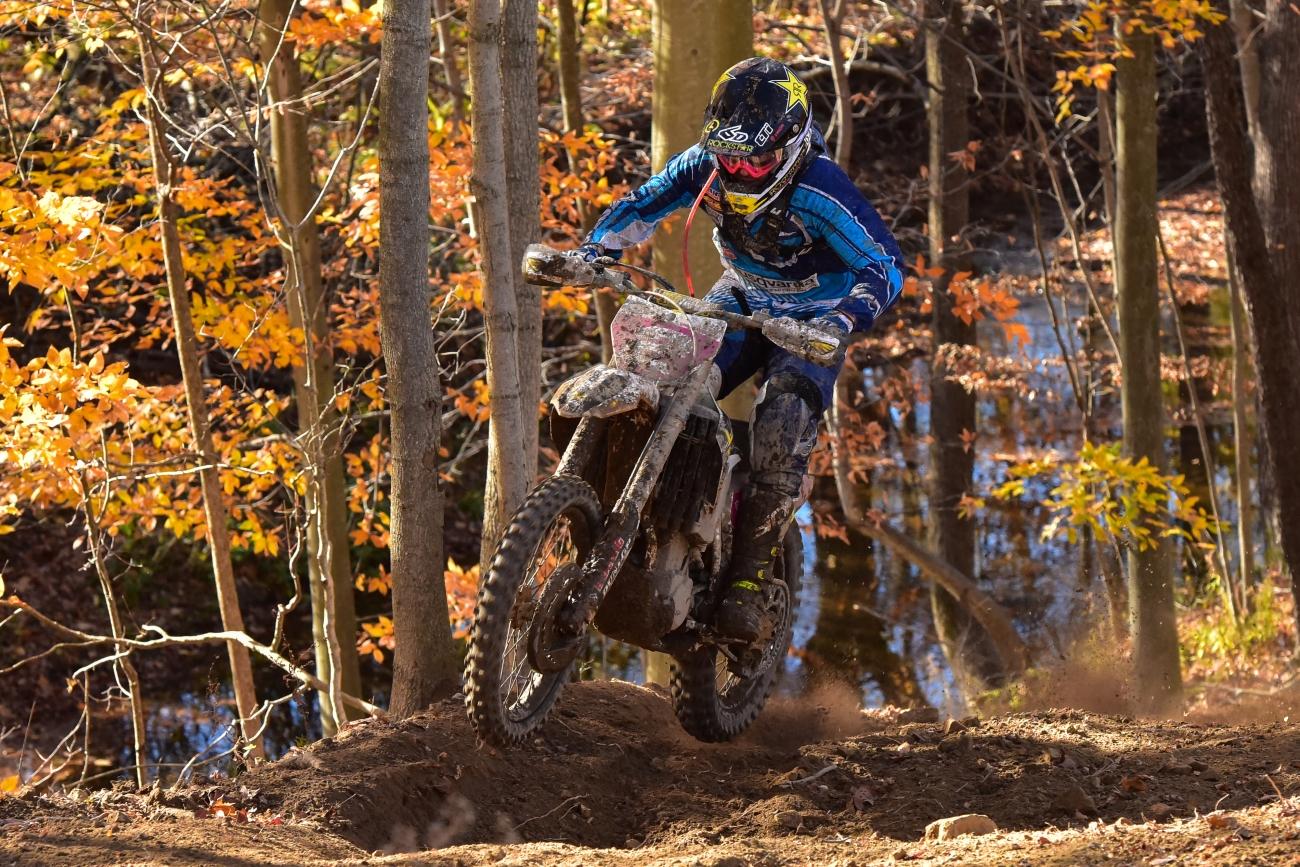 When Factory FMF KTM’s Kailub Russell tore his ACL at the International Six Days Enduro in September, it had a big impact on the Amsoil Grand National Cross Country Series presented by Maxxis as well. Russell rode one more GNCC and one more round of the Kenda AMA National Enduro Series presented by Moose Racing to wrap those titles and then went under the knife (Russell won eight of the nine GNCC races before he was hurt). In the wake of this, several riders were looking for race wins, and Rockstar Energy Husqvarna’s Josh Strang did the best job by going 1-4-1-1 in the last four races. Despite a mid-season shoulder injury, he finished the year third in points.

Now the Australian is headed to Japan to race the final round of the JNCC series (Yes, Japan National Cross Country). We caught up with him before he headed out.

Racer X: First things first: the season ended up good for you.
Josh Strang: Yeah, it was good. I wish I could have won more races and have not gotten injured, but the last part of the season, all the races went pretty good. It’s good to finish off the season like that.

You started the GNCC season with four straight second-place finishes to Kailub Russell. Then you hurt your shoulder. He ended up getting hurt. Do you look back and think, Man, if I hadn’t lost those points, I could have been right in this?
[Laughs] Yeah, there’s talk about that, but anything could happen. [You can] Say, "What if I hadn’t gotten injured?" but then you can also say, "What if Kailub didn’t get injured?" I don’t know—things like that just happen in our sport, so you can’t look at it that way. It just happens, and you move on. I felt like I rode better in the second half of the season and I got some race wins, so it was good.

And when you were hurt, you did all you could to minimize the points damage anyway, right?
Yeah, I tried to race two races and ended up pulling out because I wasn’t ready. I ended up missing four rounds. It worked out good because we got the summer break, and I was able to come back healthy and not have to race hurt all year. Like I said, these things happen; all I can do is try not to do it next year.

Why do you think you rode better?
[With the] Summer break, I had all the time I needed to recover and heal up, and I feel like I put a lot of work in on and off the bike. We also did a lot of testing with the bike and the guys at WP, so I felt more comfortable on the bike. We didn’t have so much time with the early season testing, and then for some of the tests the ground was frozen, or we got rained out. Some of the test days in the beginning of the year were cut short, so we got a better setup over the summer.

You went from a Yamaha to a Husqvarna this year. It seemed like the transition was simple because you were on the podium immediately. Was it actually a harder transition than it looked?
The transition wasn’t difficult. Husqvarna makes a great bike, and the whole team works hard for everything. It actually shows how good the bike is. We didn’t get all the testing we wanted, so we just had a base setting and I was able to get podiums straight away. I just feel more comfortable now. Hats off to everyone who made it happen for me…. I just wish I hadn’t gotten injured. But like I said, I need to stop going back to that!

We know KTM’s 2016 lineup for motocross and off-road is all new and said to be much improved. Will you get new bikes next year for Husky’s off-road efforts, also?
Yeah, we’ll have a new 2016 Husky. I’ve ridden it for maybe five laps at the dealer launch. From what I hear, it’s a great bike, and I already think I’ll be a step ahead for next year just because I’m sticking with the same brand this time. That will make things a lot easier.

You won three of the last four races. How’d those races go? How’d the Ironman win over the weekend come together?
The last four races were good. The tracks were quick, and I like that. We did have some technical stuff at Mountain Ridge with the rocks. I don’t mind the fast stuff, and [Ryan] Sipes coming over from motocross—he enjoys the fast stuff, too. At Ironman I got the early lead and tried to pull a gap, but I got a little tight. Once they caught up I figured I’d just relax a bit. The pace felt pretty easy to me, so I was planning on putting in another charge to get a gap again. Then Ryan crashed with a lapper, and that made it even easier for me. I was able to open it up, and that was good.

On the Huskies, you and Thad Duvall won races, and Sipes had some good races, too. You’re all actually on different teams, though. So how does that work? Do you share bike settings? What’s it like to be battling these guys for wins?
We’re on different teams. Sipes has some sort of factory support—actually, I’m not sure what deal he’s on. But regardless, we’re racing, and we’re racing for individual overall points and wins. I mean, if me and my actual Rockstar Husqvarna teammate Andrew DeLong were battling for a win, we’re not going to take each other out, but we’re going to battle hard for the win. He and I get along good. That’s just an example. You’re going to race everyone the same way.

So now you’re headed to Japan. You’re like a veteran over there now.
Yeah, my old man used to run some tours and stuff for Japanese riders, so we have some people we know and some contacts. I run it all through them. It’s fun. Japan is a completely different culture, and the racing is different. It’s cool to go there and visit, especially when someone else is flipping the bill! It’s exciting to go to such a different place. I’ll ride a two-stroke over there, so that should be cool.

Whoa! How did that happen?
Well, as you know a conversation with a Japanese person is sometimes hard to understand. From what I can tell, they don’t sell a whole lot of 450s over there, so I just told them to get me whatever. I said I’d ride a 250 two-stroke if they had it. So that’s what happened. It’s whatever—if I get a good result, that’s good, but it’s more for fun anyway.

By the time you’re in Japan you’re quite close to Australia, but you end up turning right around and coming back here?
[Laughs] Yeah, we’ll take a week over there to do some sight seeing, but I have a house back here in North Carolina, and I pretty much live here full time. I’ll do Sprint Enduro the weekend after. I’ll go home to Australia around Christmas just to see the family and enjoy the warm weather. Get some vacation time and get back into it.

You didn’t end up on the Australian ISDE team this year. What’s some of the feedback you’ve heard from some of the riders that were on the team? [Note: Australia led the ISDE for the majority of the event until several riders who were DQ’d for missing a checkpoint were reinstated in the results. France jumped to the top of the rankings and won the event.]
Well, you know Australians come off pretty mouthy sometimes, so some of the words I heard from the boys were pretty classic. But if you miss part of the course, you’re supposed to be disqualified, and I’m on my buddies’ side with that; if you’re disqualified, you’re disqualified. I try not to get into the politics and all that, so I guess all we can do is go back next year and try to win it again. I’ve got all my Visa stuff handled as far as travel is concerned; I actually went over to Sweden to get some of that taken care of. So I should be back on the team next year. I like doing the Six Days. I think the American boys can vouch for it; it’s great to represent your country. I like the camaraderie of racing for Australia. It’s a good event.