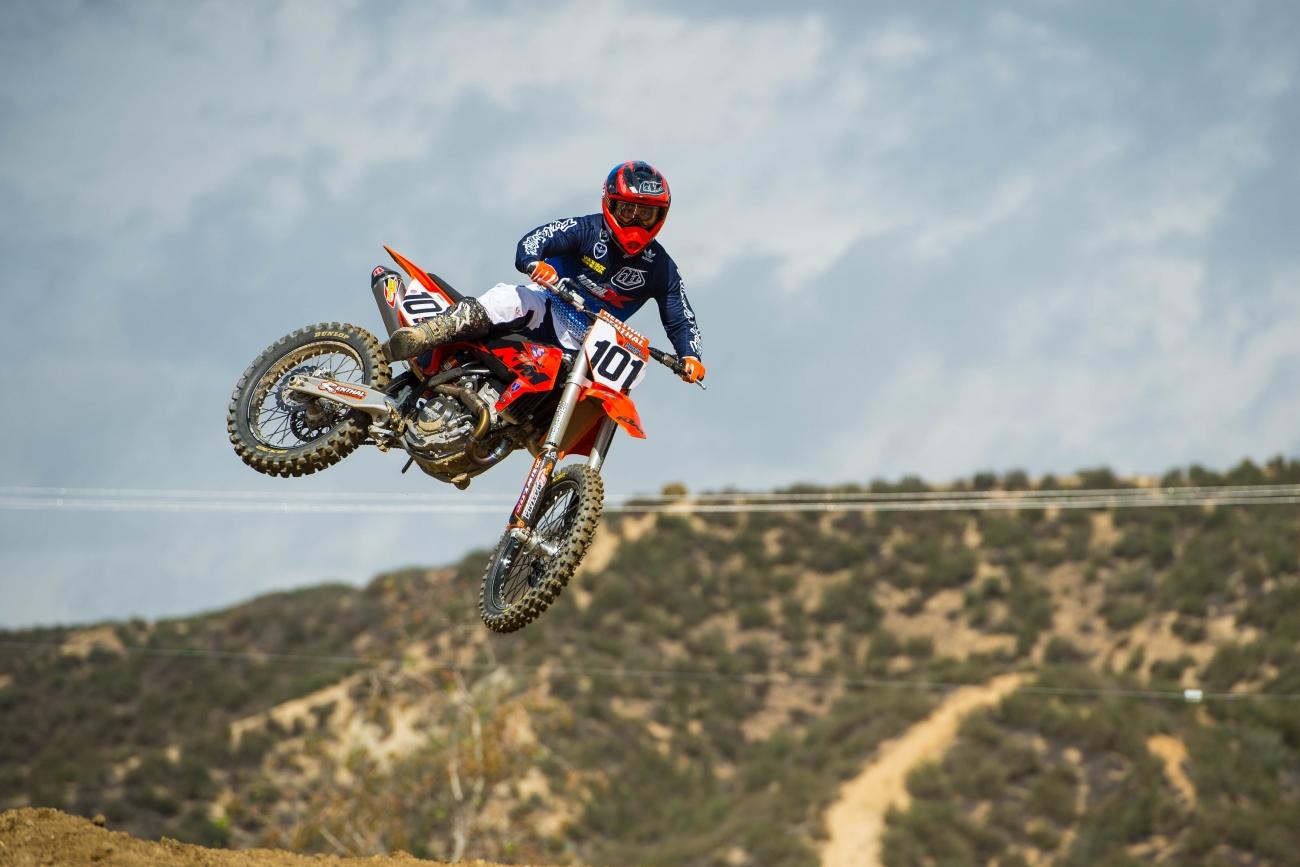 Let me start off by thanking you for your service as a first responder. You guys always amaze me how you run into danger while everyone else is running from it. Secondly, I really enjoy reading your column. It's the first thing I do on Fridays and a great way to start the weekend.

Now on to the question….

What's the deal with the project bike builds that the various magazines and websites do? Are they actually built with all the parts and upgrades that they show in the articles? Do the major aftermarket companies donate their products to whomever is building the bikes in exchange for a mention in the article and their company logos on the bikes graphics?

I ask because I recently had the chance to buy my 15-year-old his MX dream bike that was a feature build in one of the more popular MX magazines. I bought it directly from the builder who was featured in the article and video. Only problem is that it has turned into my MX dream turned into an MX nightmare, as it doesn't have the parts and upgrades it was supposed to have been built with. Sure, it looks nice with all the bling on the outside, but I'm feeling kind of empty with all the stock parts on the inside.

Is this normally the way project bikes are built—all show and no go? Or did I just buy the wrong bike from the wrong guy?

That’s some heavy-duty ass kissing you’ve front-loaded onto this question. Well done—you’ve played the game well and here we are answering your question. While I appreciate your candor, I wish I knew which magazine or builder sold you a bike that didn’t have the parts that were claimed. I can’t speak for those projects, but if one of my bikes is supposed to have something, it has it. The idea, for me, is to build a bike that I would consider a unique race bike with components that would make it competitive on any level of competition. My guess is the people building your bike either took the expensive parts out of the engine before selling it to you, or they lied all along and never had different parts internally. This wasn’t some simple mistake, and if I were you, I would find out where the guy lives who sold you this bike and beat on his door like a Mormon missionary on bath salts.

Go ahead and picture that for a second.

I’m very selective about which companies I use when I’m building a bike. I tend to stick with some of the same folks because I know they have good products and they are easy to work with. I’m sorry you had this experience, and hopefully you get it sorted out with them. Thanks for writing.

My brother and I just surprised my dad with an early Christmas/63rd birthday trip to ride down in Mexico on the Baja trails (three-day “expert level” trip in January). This is pretty exciting since we are both in our early thirties and have been riding/racing since we were 3 and 4 years old, but have never been on an actual vacation with our father.

We are trying to make this as memorable as possible.  I know a lot of you guys in the industry have done this trip, so my question to you is, would you recommend any certain spots to stop for good food, pictures, some souvenirs, etc.?  Pops and I are coming out from Indy, and my bro is flying out from Clearwater, Florida, so there was a lot of planning that went into this.

You’re telling me that in thirty years of life you’ve never been on a proper vacation with your dad? Did he go missing for a decade or two? Workaholic? Angry drunk? Maybe it’s none of my business, but the fact that you guys are just now getting to spend some quality time as a family is a travesty. Regardless, I’m going to help you prepare to have the trip of a lifetime.

First, you’ll need to get a rainbow of immunizations before heading south. There are a number of strange viruses and bacteria that could kill you in the sunny, petri dish that is Meh-he-co, and you don’t want to get caught sleeping on that. Second, bring some cash in the event you are overrun by Mexican militants and held for ransom; it’s just good planning.

You’ll want to be sure to avoid the cervezas while you are there because the lowered inhibitions could cause you to lash out at your father about why it’s taken him thirty-five years to go on a vacation with his own children. And you guys had to pay for it! Stay out of any restaurant that isn’t serving traditional Mexican food. If you see a guy pushing gyros out of a little cart, turn and run the other direction. If you do wind up in a Mexican prison, it’s very important you walk right up to the biggest guy in the cell and chug a tall glass of tap water right in front of him. It will boost your street cred, and, just in case one of them wants to make you his bitch, he’ll know what he’s in for down there, if you know what I mean. Lastly, if you make it back to the border alive, buy a small tchotchke from the shoeless kids at the border and keister it across to the motherland. Why? Well, those poor little kids need a few bucks and it just seems like it would be fun.

Well, with all those tips you are sure to have a great time in Mexico with your dad. Good luck and have fun!

With the Cubs making it to October and people busting out their Back to the Future VHS tapes, it got me to thinking about some back to the future "what ifs" in our world.  Here goes: Travis Pastrana is #199 because even as a little tyke, he knew that in October of 1999, or 10-99 without the 0, he could start his pro motocross career. Future stars of our sport born in that hallowed month of the birth of Travis' professional life could in fact be getting their AMA pro licenses in the mail this very month. Now, there has been some discussion lately about grass roots, local MX tracks having empty gates on race day because of people just going out and riding instead of ponying up entry fees for a couple of five-lap motos. Here comes the question: If TP jumped in a DeLorean, took it back to 1999, skipped a few knocks to the head, decided freestyle wasn't his thing, and managed to steal a couple of championships from the GOAT, would more kids these days be concerned about a plastic trophy on the weekend? Or would they still be freeriding, only without a ringmaster to emulate? I bought a flux capacitor on eBay but couldn't find an owner's manual, so I'm hoping you can help me out.

As amazing as Travis was/is, I think you are underestimating the likes of Mike Metzger, Brian Deegan, Ronnie Faisst, Nate Adams, Twitch, etc. Travis was the clean-cut kid that you rooted for if you lived in the suburbs and didn’t have any neck tattoos, but there was no stopping the FMX movement once it began. It’s tough to argue that Jeremy McGrath didn’t have a hand in the movement of expression with his out-of-this-world nac-nacs and slow whips with a finger point to the crowd. That spurred on the baggy pants craze and the Crusty Demons of Dirt era and all of the other things that fill us up with equal parts nostalgia and regret. People not racing as much as they used to is more a function of economics than a lack of role models. While I would have loved to see Travis focus more on racing because he was so talented, I think he’s chosen the path that he was meant to take. What I’m saying is he was meant to jump a big wheel off a massive ramp and do flips with it. That is his purpose. Very enlightened.