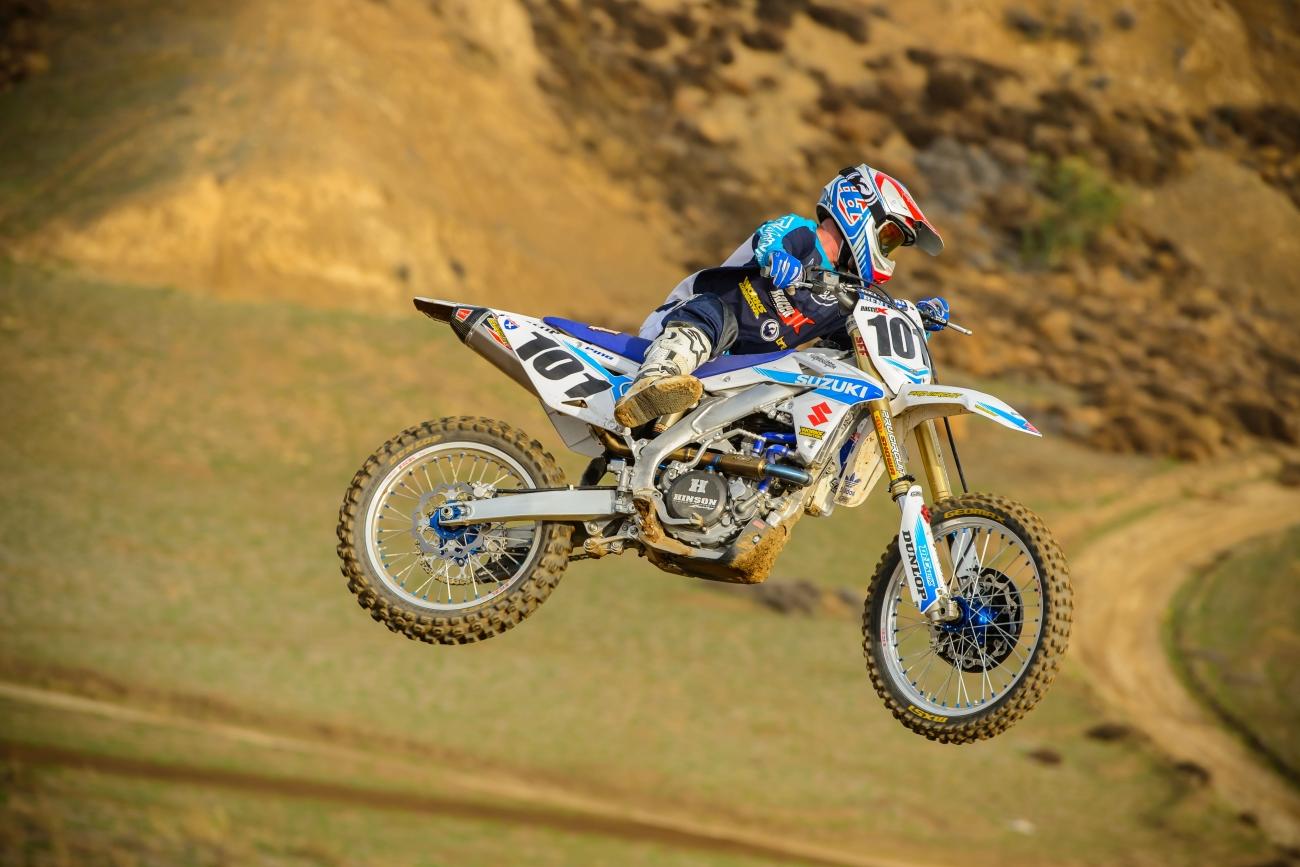 So with Ryan Villopoto trying GPs, and the depth of talent that's growing in Europe, it's clear that the GPs have become more competitive. My question is what do you think of a guy like Ken Roczen going back? I know he got so much still here in the U.S., but if he gets a 450 supercross title and maybe another outdoor, do you think he would ever try to go back and get the MXGP world title? I never heard of anyone going back, but with the competition so good over there, it would be sweet to get one of those too, and unlike Villopoto, Roczen wouldn't have to adapt to the euro tracks and style because he's done it. I can see it being more in his grasp. Love to hear what you think.

If you had written me this letter more than about five years ago, I would have spent the entirety of my day coming up with ways to mock and shame you right here on this page. The notion of a successful rider with options in the U.S. leaving to go try his hand on the Grand Prix circuit was nonsense. Since America started showing the world where the bears sh-t in the woods back in the early 1980s, it has been very clear where the best riders in the world have gone to compete. Spoiler alert: It's in America. But there has been a shift in the last half of a decade, and, in terms of outdoor motocross, the playing field has leveled significantly. Each series is different, but they both produce some legit talent. Romain Febvre's win last weekend at the very American-style Glen Helen circuit was proof positive of that.

I think Ken Roczen is one of those guys who has embraced the American culture and probably has no intention of ever going back to Germany to live. Maybe I'm wrong, but it seems like he likes it here. Still, if he does win a few more titles before his career ends here, it wouldn't surprise me to see him, or another American rider, finish out their careers on the GP circuit. For one, you don't have to worry about the meat grinder of a series called supercross anymore. The odds of injury are less when you stay out of stadiums. And, let's face it—it would be a really cool feather in your cap to add a world championship to your resume before you hang it up. RV couldn't make it happen, but, as you said, Ken is already familiar with the tracks and the format. Don't be surprised to see more Americans try their hand at GP racing.

Wondering why Blake Baggett is ok being nicknamed “Chupacabra” when in Spanish it means “goat sucker.” Two questions: What does Ricky Carmichael think of this? Do we need a new name for Blake?

Well, that has a disturbing ring to it, doesn't it? I hate to admit that I had a hand in that, but I suggested the word to Jason Weigandt as his challenge word during the broadcast. I used to play that game with my riders when I was at Troy Lee Designs, and it was a lot of fun. Before interviews or podium speeches, we would get a word that we had to slip into the interview. It was a childish and somewhat unprofessional pastime, but we had fun with it. So, we suggested that Weege carry the torch into his broadcasting career. Surprisingly, he accepted the challenge, and during one of Blake's late moto charges, Weege said he was coming through the pack like a chupacabra, or something like that. As we understood it, the chupacabra is a mythical creature that kills goats, sucking out all their blood in the process. Maybe there is something lost in translation because "goat sucker" definitely doesn't have the same playful connotation. Either way, I don't think there is any reason to panic here. Blake clearly doesn't have an infatuation with goats or any other farm animals; it's just a nickname. And, to be honest, I'd rather call him the "Goat Sucker" than BB4.

Thanks for making my Friday morning every week. Always look forward to new vistas of sarcasm and quick retort.... Please feel free to use the same on my stupid question. I noticed that because wheel tire combos are not balanced with counter weights like a car tire, there is sometimes considerable vibration as the wheel spins. This is most notable when I have the bike on a stand spinning the water out of the chain after a wash. Probably doesn’t make a difference to a scrub like me, but do the pros go to the trouble of balancing their drivetrains at all to eek out that extra tenth? Just curious.

Wheel balancing is important if you are racing on a smooth surface where any hop or bounce can disturb the handling of the machine. Dirt bike racing doesn't really have that problem because, well, we race on dirt. Your wheel shouldn't be that out-of-balance, so maybe you have something strange going on with your wheel. Is there a large dent in your rim? Is your rim-lock broken? Are you muling several kilos of cocaine across a border in baggies between the sidewall of your tire and the tube? These are just a few common troubleshooting questions I like to ask. No big deal. I'm not a cop or anything. I'd have to tell you if I were a cop.

Anyway, just shoot me your address and where you're headed with all that blow, and I'll be sure to get you some good remedies for your bouncy wheel, okay?

Do you have a question for Ping? Send it to Ping@racerxonline.com.