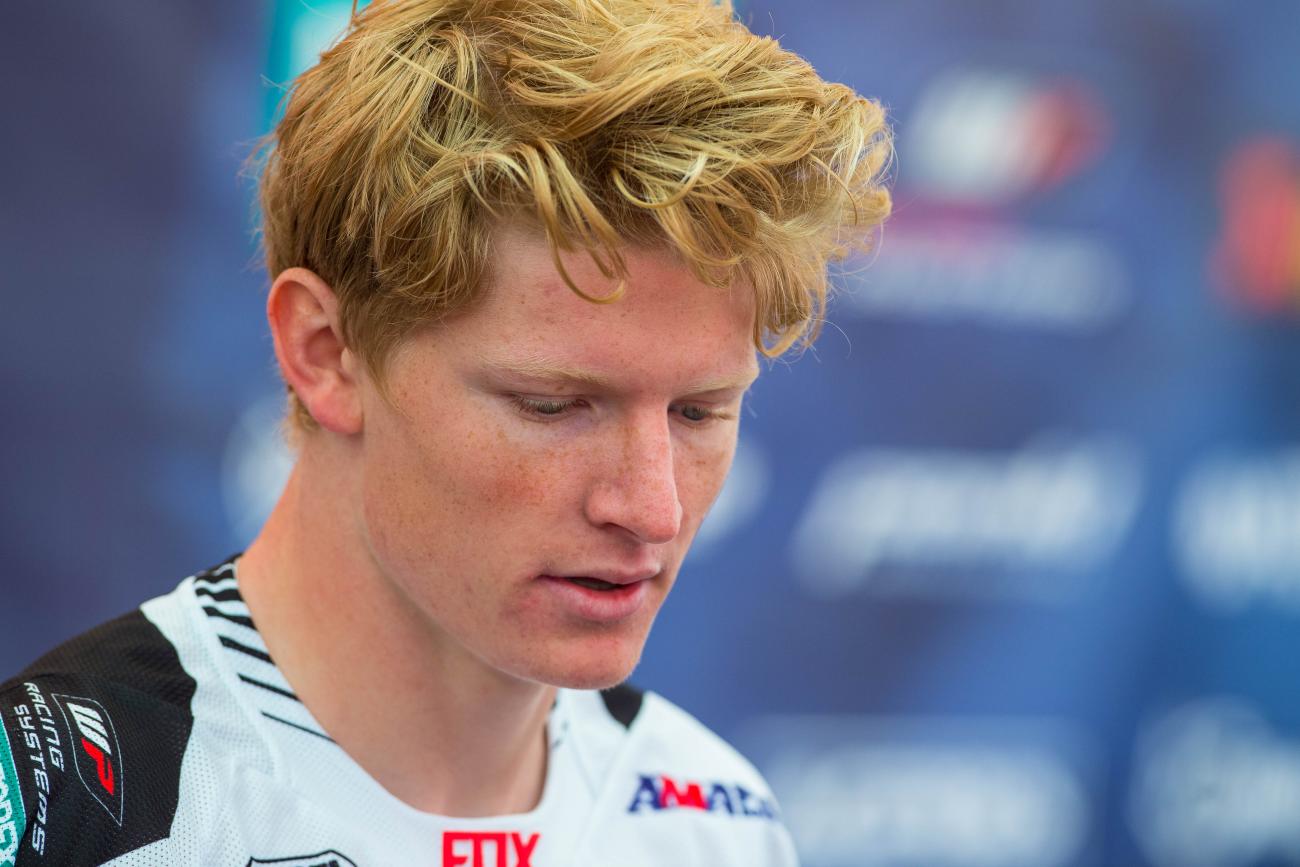 Comment: Albertson is out for the year while he recovers from bilateral shoulder surgery.

Trey Canard – Arm
Comment: Canard broke his left arm in Detroit. He’s back on the bike, but as of now there is no firm return date.

Josh Grant: Knee
Comment: Grant had arthroscopic surgery on his knee to clean up the damage sustained to his meniscus at Thunder Valley. He’d hoped to be back by Budds Creek, but with his team, TwoTwo Motorsports, shutting its doors, that’s no longer going to happen. For more info, go here.

Killy Rusk – Concussion
Comment: Rusk will miss Budds Creek after sustaining a concussion at High Point. He hopes to be back for RedBud.

Andrew Short – Kneecap
Comment: Short broke his kneecap in supercross. He’s back on the bike and hopes to race again at Spring Creek (Millville).

Zach Bell – Back
Comment: Bell is sitting out to let a back injury heal. There is no timetable on his return.

Justin Bogle – Shoulder and Internal Bruising
Comment: Bogle went down at Hangtown. His shoulder is taking a bit longer than expected to heal and he will miss Budds Creek.

Martin Davalos – Epstein-Barr Virus
Comment: Davalos is recovering and hopes to be back at RedBud.

Alex Frye – Wrist
Comment: Frye crashed in the first turn of the second moto at High Point and dislocated his wrist. He hopes to return for the final three rounds.

Justin Hill – Concussion
Comment: Hill suffered a concussion during practice at Thunder Valley when he landed on a downed rider. He should be back for RedBud.

Jackson Richardson – Hand
Comment: Richardson broke his hand in a practice incident and is expected to miss at least a few weeks.

Arnaud Tonus – Illness
Comment: Tonus will miss Budds Creek but is still hoping to get a few races in by the end of the season.