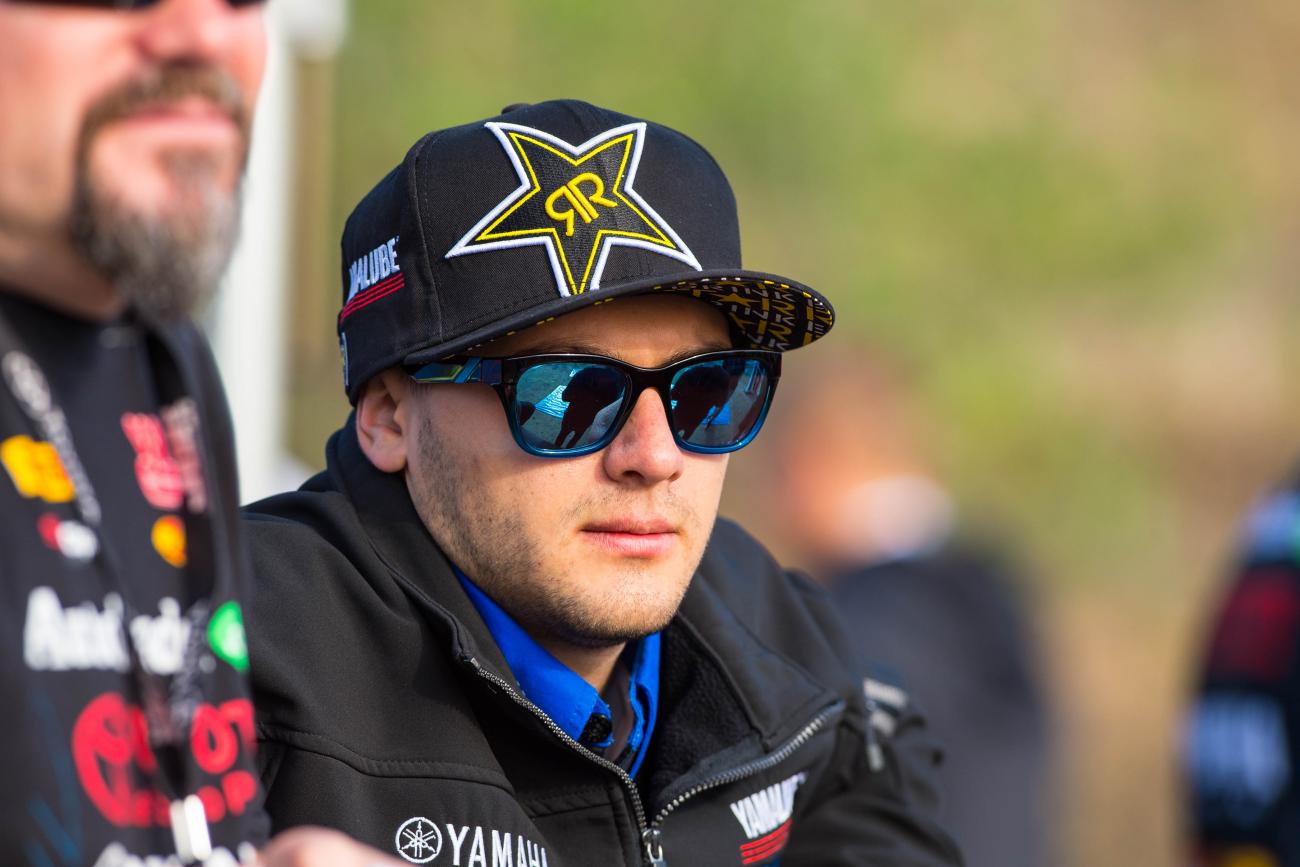 Cooper Webb and the team surrounding him have always been detailed in their approach. From spending a year on a pro training regimen before turning professional at Hangtown in 2013, to competing in the Monster Energy Cup before his professional supercross debut a year later, rushing into things has never been on the agenda. Why would his latest injury be any different?

After tearing a ligament in his foot in practice at the Monster Energy Supercross season finale in Vegas, Webb took a week off to heal. The initial plan was to take caution with the injury for the first two to three weeks of Lucas Oil Pro Motocross and let it heal. He only rode a few times before the opener, but still locked down third in the first moto.

Webb knew he had to tiptoe around left-hand corners. Catching his foot could potential aggravate the injury. He was thoughtful of the injury in the first moto, but after hitting a down rider in the second moto and being pushed to last, competitive instinct took over and a lapse in concentration led to trouble.

“I totally went in panic mode, and I didn’t think to be careful in left corners. And sure enough, the corner after the finish line jump, I ripped it on the ground, and that’s where I really jacked it up,” Webb said.

The TV cameras caught the pre-season title contender writhing in pain. His bid to become the first Yamaha rider in history to win a 250/125 SX regional championship and a 250/125 MX championship in the same year went up in smoke. An MRI the following week revealed a re-tear of the ligament injured in Vegas, a torn ligament at the back of his ankle, and a high ankle sprain. Worse, the cartilage between his tibia and his anklebone had been cut and it was hitting bone to bone. That’s what Webb felt that day.

“I knew something wasn’t right,” Webb said. “After the MRI, that’s when we took a step back and said, let’s get this right. There was no need to go out every weekend and hurt it again.”

Although no surgery was required, Webb was put in a cast for two weeks. An ankle brace followed for another week, and then crutches for another few days. The doctors put no time period on his return, saying that when he could run, he could ride. Webb was finally able to get back on the bike last Saturday and has ridden five or six times since. There was no rush to come back though. He’s only returning because he feels 100 percent.

“We wouldn’t come back if we weren’t capable of doing what we can,” he told us yesterday. “I think I’m more prepared now than I was at Hangtown.”

Webb never really got started in outdoor preparations. A run to his first championship in supercross and a shoulder injury in San Diego relegated him and the team to only a few weeks of testing. His ankle injury in Vegas further delayed matters. But a year after eleven moto podiums and three moto wins, Webb felt he could still contend for this year’s championship, even while dealing with the injury. It’s why the subsequent injury at Hangtown was so devastating.

“It was a pretty tough pill for me to swallow,” he said. “Everything we’ve done, we’ve progressed. From my rookie year, we have gotten better and better each season. After winning supercross, we said this was our goal and this was the time to do it.”

While no rider ever wants to be injured, sometimes injuries force riders to take a step back from the grind of testing, racing, and training. It allows them to live a normal life—if only for a brief time. For Webb, it allowed him to enjoy his first career championship.

“Since I was 4 years old and riding a dirt bike for the first time, that’s what I wanted to do. I wanted to win and be a champion,” he said. “And we accomplished that.”

It also allowed him to refocus for the remainder of 2015. “I think the break made me realize how much I really enjoy racing and how much it really does suck not to be out there,” he said.

That break is over. Webb returns to the starting gate Saturday at Budds Creek.