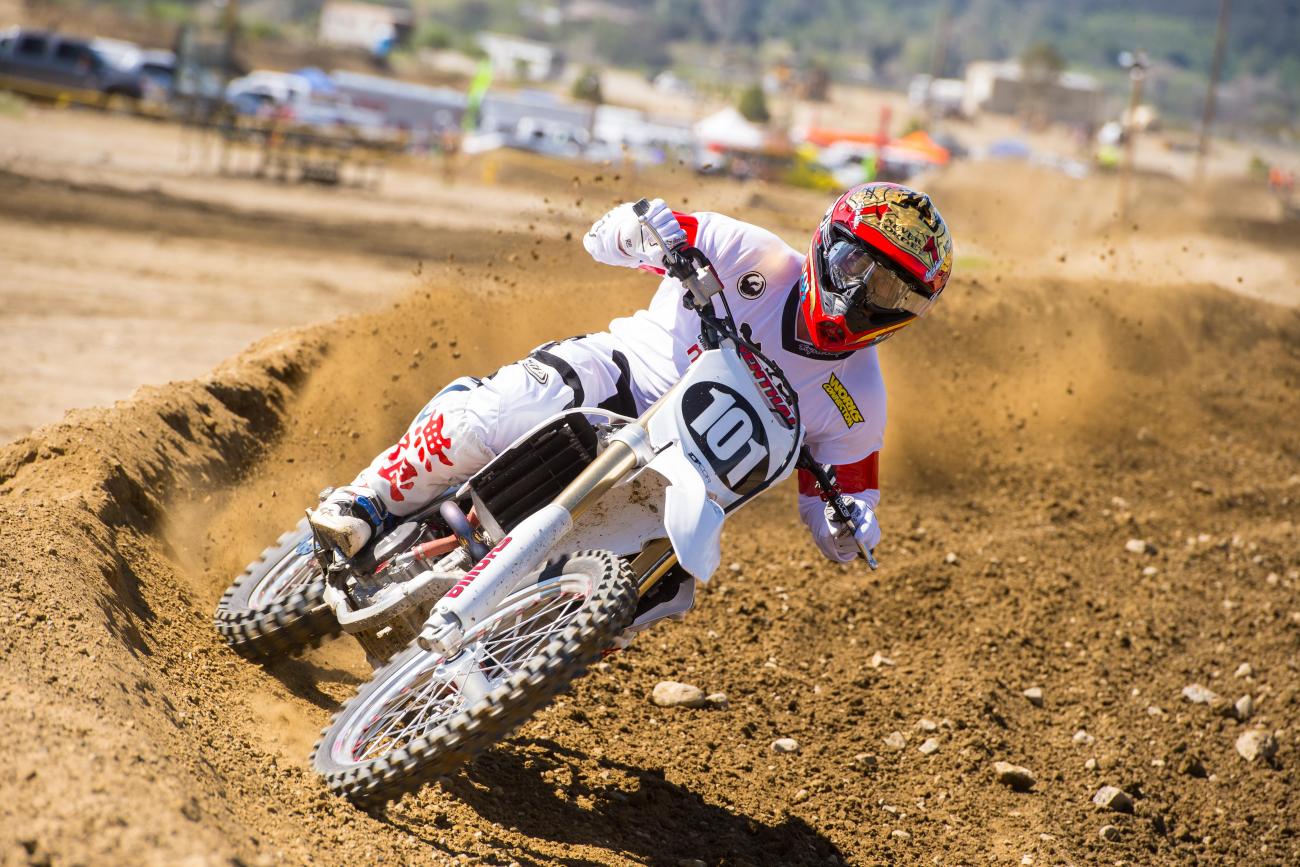 Prepare to fall off your chair as I have a brilliant idea: What this sport needs is an EX-PRO-NO-PRESSURE BEER LEAGUE. I want to see RC4, MC2, RV2, TP199, KW14, ML5 (..CR22, JS7?) Even Ward, Henry or those older guys...even you could prob be slow enough to keep up with them. Bring your own bike- 2 stroke, 4 stroke...whatever they have in their garage. I don't care how they finish but I'm sure I would not be the only one willing to pay a $50 fee plus $15 dollar beers to watch the legends again. I'm on the way to the bank and see how many sponsors I can round up. How much money should I ask for?

Wow, thanks for thinking I could be slow enough to keep up with those guys. What a compliment… I think. Or, no. Look, this seems like a great idea on the surface. You take a bunch of popular riders and get them out on the track for a little no-pressure fun while charging fans an exorbitant amount to come hang out and bench race with their old favorites. It’s a sure thing, right? The problem is that the only thing more fragile than old, retired racer’s joints is their ego. You think Jeff Stanton wants to show up to some “fun” vet race and get beat by Damon Bradshaw? Jeff would rather lose a limb in an auger baling hay than let that happen. While I think it would be a blast and I would definitely show up if invited, my guess is that some of these guys wouldn’t want to tarnish their images as legends of the sport. But, hey, you get the ball rolling and pay for everything and I’ll be your biggest cheerleader. Go, Chris, go!

I have never been a GP fan but with Ryan Villopoto joining the series I started watching this year. While I love to see a battle between the best riders, this series is providing some drama via attrition. Have you been following the racing and what are your thoughts?

Like a lot of people, I started out watching every race and was excited about a whole new series to follow. Watching Ryan struggle to adjust was interesting, and with Max Nagl and Clement Desalle besting RV and Tony Cairoli early on it looked like it might be a fight to the finish. Now, it’s turned into more of a race to the orthopedic doctor as one after another, top riders are hitting the deck and taking an ambulance ride to the hospital. At this rate, the series champion is going to be some guy with a bizarre name that nobody can pronounce. Seriously, I’ve lain awake at night trying to figure out how to pronounce Romaine Febvre. All I can come up with is that scene in Something About Mary where Ben Stiller is trying to say Brett Favre’s name… “Romain Feb-vra.” Anyway, it’s cool to see some new guys get a break, like Feb-vruh, but it’s a shame the series didn’t keep all its stars for the whole season. And my money is still on Ravioli Cairoli to hang on to his #1 plate—dude is a machine.

Coming off everyone’s excitement that a 125 2-stroke made it into a national, do you ever think 2 strokes will make a comeback or are electric bikes the future of MX? I grew up racing 125s and even though I have gone to 250 four strokes and now a 450, nothing is as fun as my old 125. 2-strokes are just easier to maintain, lighter and cheaper to own. $650 for a blown motor is WAY better than $2000+. Do you think the manufactures will get down the road 30 years from now when a new 450 is $39,999 and Yamaha blows away the world again when Doug Henry’s grandchild wins a race on a 350 2- stroke or will all our gas exploding friends end up in the history books to a 40 rider national of guys making their own moto noises?

I love your enthusiasm, but you have to let it go. Two-strokes are still awesome to ride, but they aren’t making a comeback in professional racing. The next shift will be to an electric bike, and while you may laugh at the idea of the quiet hum of a forty-man gate full of battery-powered bikes, it will happen. The latest electric models from KTM and Zero are eye-opening, and when the time comes for them to really push the development envelope on those out of necessity, they’re going to get even better. Hey, here’s a thought: Once we’re all racing electrics, maybe we can go back to making two-stroke noises when we ride. Since four-stroke sounds are difficult to mimic, this might be the one thing that two- and four-cycle fans can agree on.