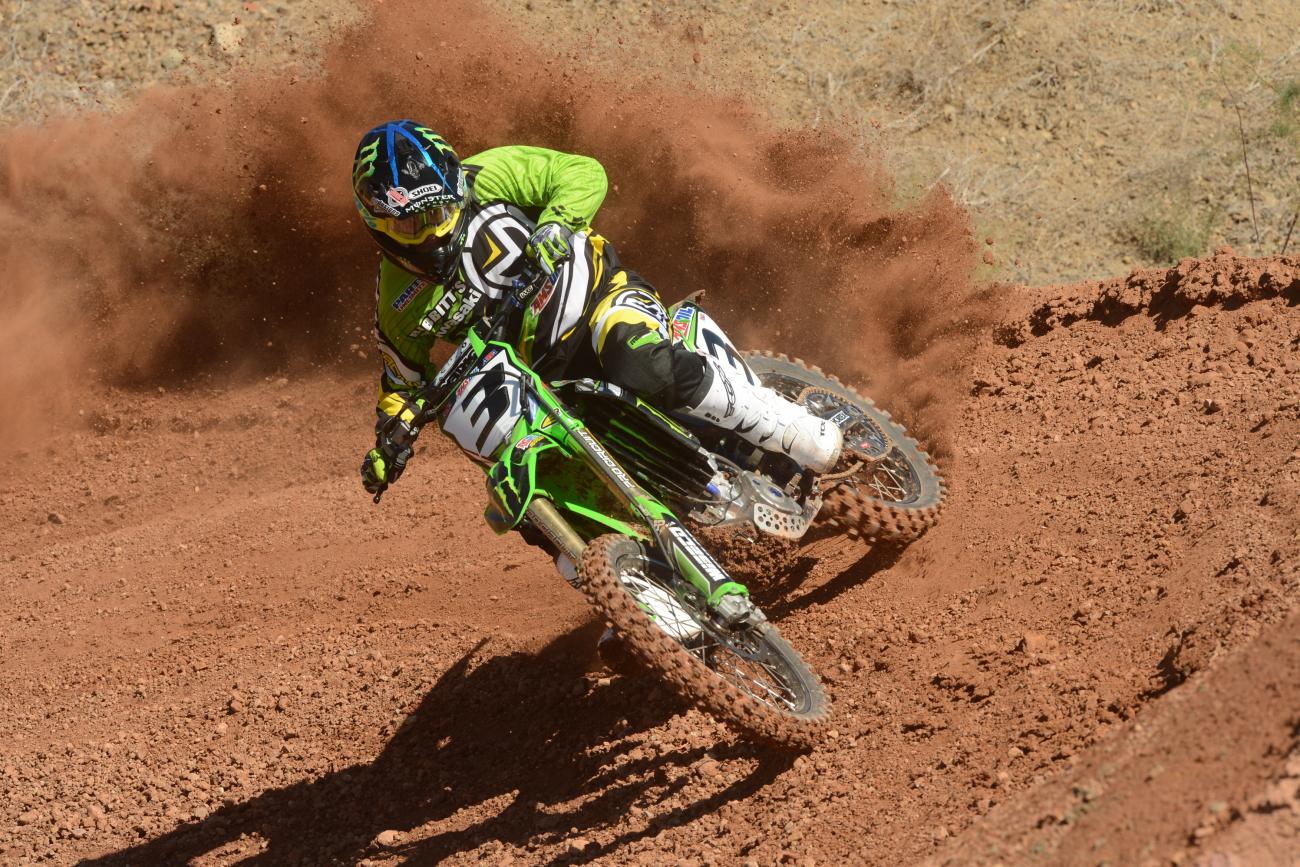 The 2015 Amsoil Arenacross Championship kicks off this weekend in the US Bank Arena in Cincinnati, Ohio. And like its Monster Energy Supercross brethren, arenacross lost its four-time champion, Tyler Bowers, who moved to Mitch Payton’s Monster Energy/Pro Circuit Kawasaki team and is racing the 250SX West Region in supercross. His departure has left a void that a number of riders are hoping to fill in 2015. #Whosnext in AX? Let’s take a look at some title hopefuls.

Notes: This season will mark the first full-time year for the longtime Monster Energy Supercross veteran.

Notes: Regal won one main event and finished fourth in his first full arenacross season a year ago.

Notes: The longtime supercross rider moves to arenacross in 2015.

Notes: Green was in the mix with podiums a season ago but wasn’t able to pull down a win.

Notes: Browning, an arenacross veteran, made a few podiums last year on his way to sixth in points.

Notes: Ginolfi had a number of podiums in 2014 but couldn’t lock down a win.

Notes: Steinke pulled down a Lites West win in 2014 and finished eighth in Arenacross Class points.

Notes: The two-time Australian Supercross Champion moves over from Monster Energy Supercross in 2015.

Notes: Another podium performer that fell short of a win last year.

Notes: Mages won a Lites West main event but wasn’t able to do the same in the Arenacross Class.

As the Ricky Carmichael Road to Supercross comes of age, you can expect some top amateurs to cycle in and out of the races and possibly mix it up with the front-runners. Kawasaki Team Green’s Darian Sanayei, fresh off some strong rides at the Mini Os during the Thanksgiving week, will give AX a crack. GEICO Honda’s Jordon Smith will race a few rounds before heading off to 250SX East (he would have done the Road to SX last year but was injured at the time). Yamaha’s BluCru will send Lorenzo Locurcio, a B class champ at Loretta’s last year, into action. Expect a bunch more top amateur names to show up, because AX starts are now required to earn a supercross license. You can find out more on RC’s Road to Supercross here.