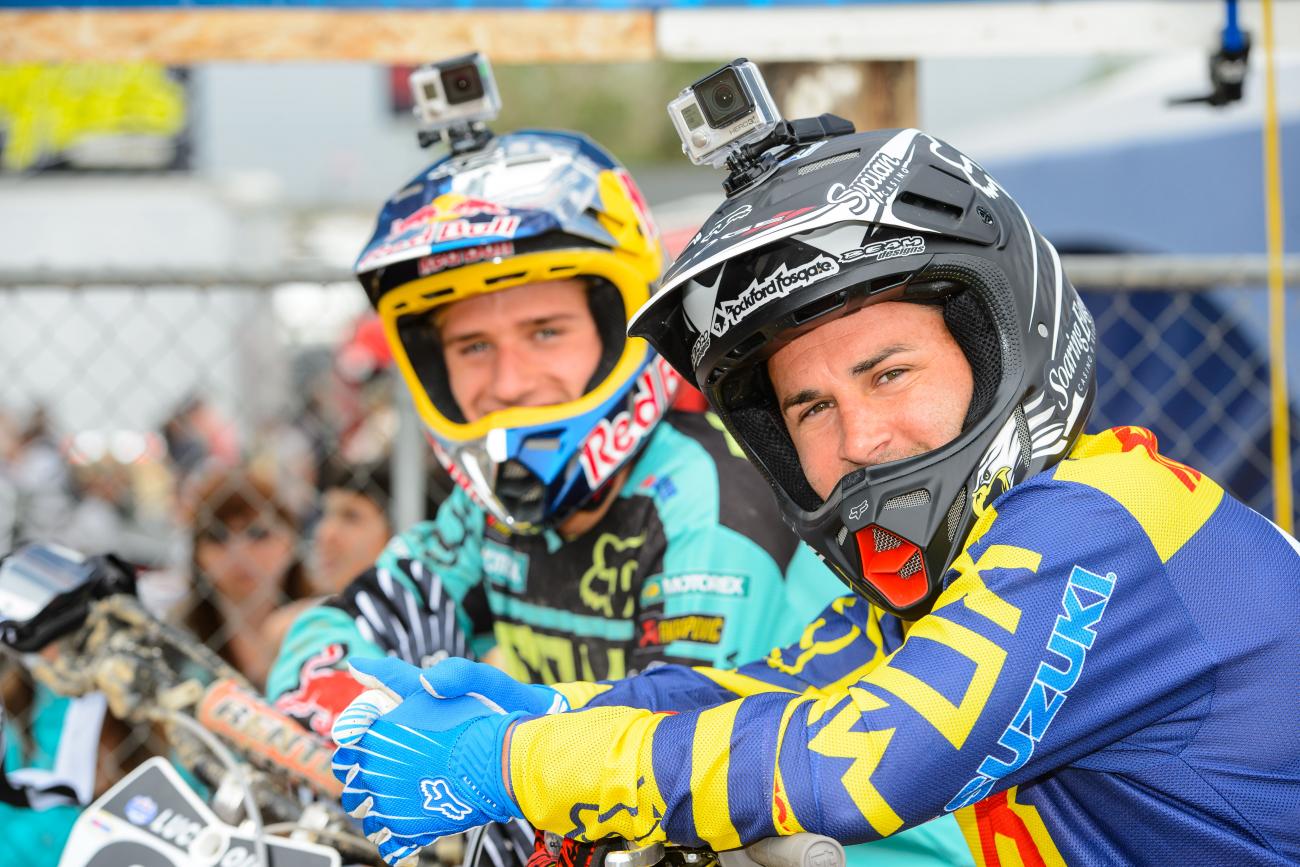 Ivan Tedesco never won the Anaheim Supercross opener in the premier class of Monster Energy AMA Supercross. In fact, the best he ever did there was a fifth back in 2006 behind a murderers’ row of big hitters: James Stewart, Chad Reed, Ricky Carmichael, and Mike LaRocco. But the newly retired veteran should take some credit for Ken Roczen’s solid win last Saturday night at Angel Stadium on the RCH/Soaring Eagle/Jimmy John’s Suzuki. According to team principles Mark Johnson and Kenny Watson, Tedesco played an invaluable role in getting the bike dialed as the primary test rider.

“Ivan as been riding that bike since August, getting it all dialed in for Kenny, even before we had Kenny,” said Johnson. “He rode just endless laps on the bike, and he’s such a good test rider that we were able to have it set up pretty darn close to where Kenny would want it—and it started before outdoors even ended last summer!”

“Ivan is extremely important to our team,” added Watson. “He may not be racing anymore, but he’s a full-time employee now. He did a lot of work before we had Kenny, let alone Broc.”

Tickle, the other team rider, finished a solid eighth for his own part on the team that is jointly owned by Ricky Carmichael (Ivan’s old teammate at Suzuki) and Carey Hart.

Long before the race started I spotted Tedesco during the track walk. He was by himself, wearing non-descript black pants, a dark long sleeve shirt, no team hat. I joked to him, “This is probably the first time in your life you ever did a track walk without a single team logo on you!” He laughed and said he was just glad to be at the races.

Obviously, after the main event was over, it was quite obvious that Ivan Tedesco is still on a team, and his team is off to a pretty damn good start in the 2015 Monster Energy AMA Supercross Championship, in part because of the work he did long before Anaheim 1.