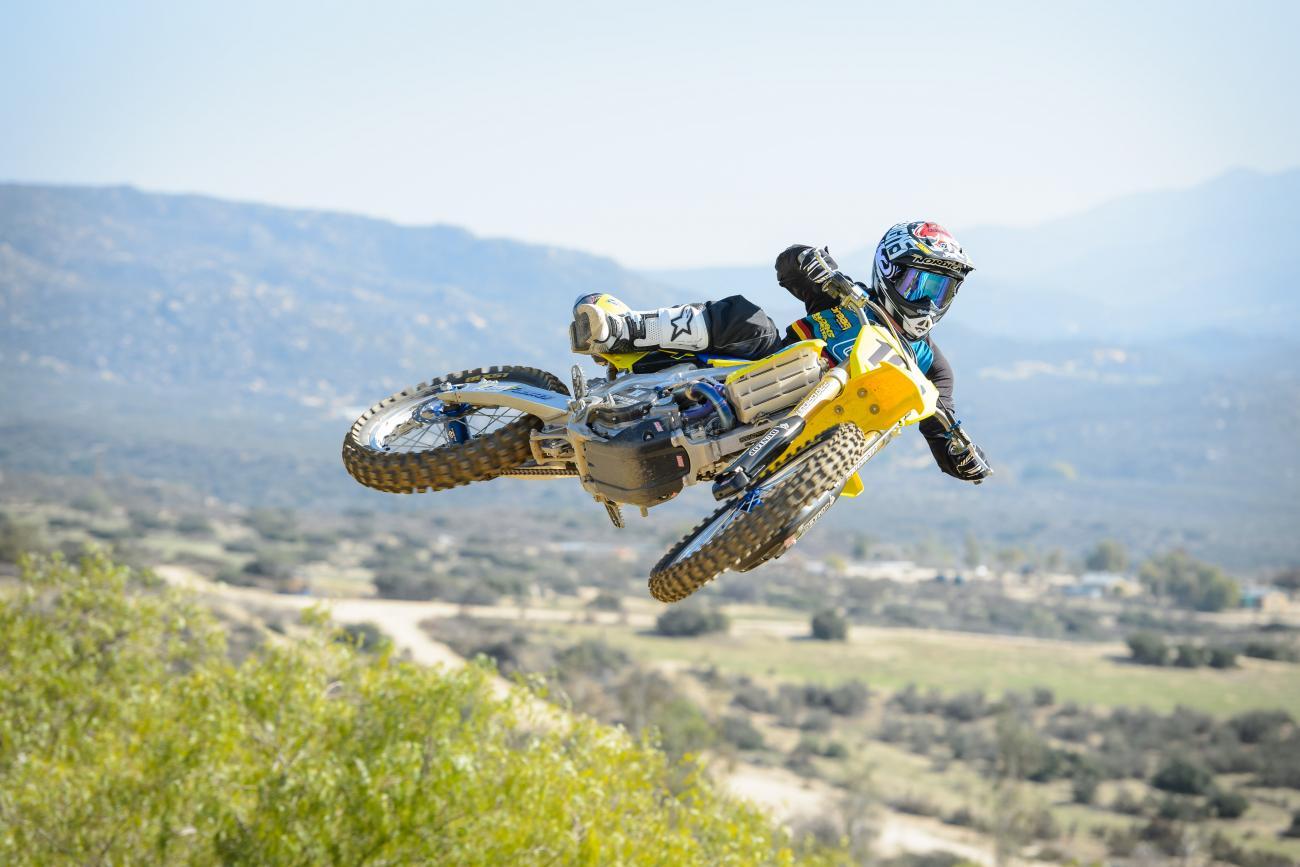 Hey guys! I always look forward to your bike rebuilds/tests! Especially the two stroke ones (still drooling over that Husqvarna TC125 that you guys did over the summer) But I was wondering where all those amazing bikes go? Like, what lucky guys get to have those works of art?

Keep up the sick two-stroke builds!

I love hearing that people enjoy those bike builds because they are a labor of love. I can’t tell you how many hours I spend in my garage eye-balling new machines as I try to make them look exactly like I want them to. A few of them have been easy; for instance, when Pro Circuit built their retro Peak Antifreeze bike last year we just showed up and rode it. But for most of them we are coming up with the theme, ordering parts, helping design graphics, and installing every last part until it is ready for Simon Cudby’s lens. The first ride is always fun because you get to see if the parts you added really made a difference. And after the video is shot? Well, some of those bikes go home with Racer X staff members. I’ve gotta be honest here; it doesn’t suck to have a job with perks like that. Others get returned in short order to the manufacturers and some of them get sold. I’ve had a few folks who really loved the way a bike turned out and they just had to have it. I put them in touch with the manufacturer and they were able to buy the bike after we were finished doing our test/photos/video. Stay tuned because we have some incredible builds already underway for 2015, including one of the best two-stroke bikes I’ve ever done.

I was watching the #2 video of Ken Roczen and I noticed it appeared he wasn't shifting gears a whole lot in the slow motion video. That made me wonder with the kind of power a 450 four stroke makes how close are we to seeing a fully automatic motocross bike again? One you just pin the throttle and go !!!!

The answer is never and right now. Look, with the HP and torque numbers being put out by all the 450 motocross machines, you can throw in a Rekluse automatic clutch and pretty much just go. You might need to shift between second and third gears a couple times around the track, but I promise your foot can handle it. This is already a great application for trail riding and for lazy, old farts who just like to leave it in a gear and cruise. On the competitive racing scene you will never see an automatic motocross bike for the same reason you don’t have Valentino Rossi, Jeff Gordon, and Lewis Hamilton using automatic transmissions in their respective sports: shifting manually is better in a race setting. Yes, it’s nice to have both hands free while piloting your Camry so you can talk on the phone and sip a Starbucks latte as you weave through traffic on your local surface streets, but despite the way you feel as you squeal the tires around tight turns, that is nothing like actual racing. My point is: Don’t expect to see an automatic motocross machine any time soon. While Ken and the rest of the sport’s best don’t need to shift that often on a supercross track, they would never give up that option.

I’m just a hick from the Midwest but was recently out in the SoCal epicenter of motocross.  I noticed something that piqued my curiosity – everyone seems to have a lifted truck.  Do people have a fear of getting stuck out in the desert and dying of thirst, or just enjoy getting poor gas mileage and having loud tires?

I don’t think it is fear of dying in the desert as much as it is fear of not being the sickest sicko bro-brah in the entire world that fuels the lifted truck movement here in Bro-Cal. Fuel economy? Only lame-Os and poors trip out on dorky issues like that. You see the Super Swampers? You see the RBP exhaust tip with diesel dust blowing out all over your face? Get used to it, bro, because that is the look, smell, and sound of awesomeness on a level that you are not capable of getting on. With a ride like that bros will have no shortage of chicken-heads scurrying onto their jock from Huntington Beach to the pool at the Hard Rock in Vegas. The lifted truck is the G6 of ground travel when it comes to the NFG crowd in Southern California and only those who want to get ass, make bank, and party need join the club.

Merry Christmas, everybody. See you in 2015.