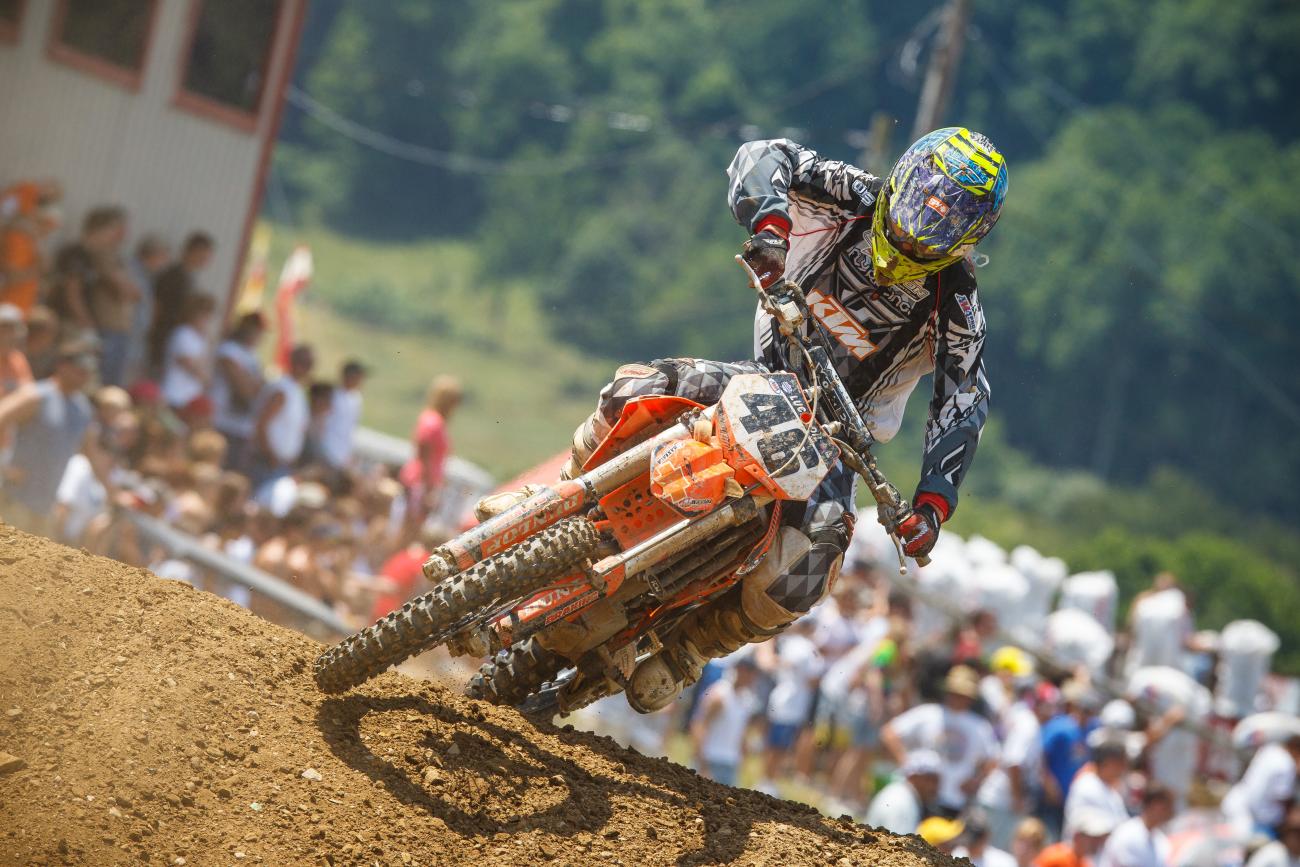 Following five professional seasons, Les Smith has decided to step away from racing. He made the announcement via Instagram last weekend, saying: “It's the hardest thing I've ever done, but with rides being so slim it is time for me to step away from professional racing. I'm so thankful for all of the great people and relationships I've made over my years of racing and I'm excited to see what the next chapter in life holds! A huge thank you to everyone that has supported me through the years, yall are the best!!!!!!!”

Smith, a native of the small southern town of York, South Carolina, spent time with JGR Yamaha and Langston-Witt KTM during his career. After turning pro full-time in 2010, Smith accumulated six top-tens during his SX Lites career, including a career-high seventh in Jacksonville in 2011. A career best season outdoors also came in 2011, as he finished inside the top ten twice in the 450 Class. His career best finish—seventh—came at Spring Creek a year later.

We caught up with Smith, one of the nicer guys in the pits, earlier this week to look back on his career.

Racer X: What led to the decision to announce your retirement? Why now?
Les Smith: With the way everything is, rides are slim right now. There are a whole group of really good guys that still don’t know what they are going to do. I had to be real with myself, where I’m at in the point of my life—24 years old and married—it’s not all about me anymore. It was just time to move on. I had a lot of really good years and meet a lot of really good people. It’s time to move on to the next step.

You’ve been doing this for quite a while now. It must have been a tough decision.
I still cry myself to sleep every night. [Laughs] It was tough, but it was the right thing. I knew it was time.

What’s the future hold for you? Are you going to try and stay in the industry?
We are actually working on that now. I made the decision a couple weeks ago, and the plan right now is to stay in the industry. I have a couple things going right now, and hope to know something very soon. I have some to decisions to make, but it looks like I’ll be staying in the industry, hopefully.

A lot of riders struggle with the transition. Do you think it will be easier for you staying in the industry?
I think so. I’d love to stay in the industry. I’m not bitter at all. It is what it is. There are a lot of good guys that don’t have rides right now. I love motorcycles. I love riding motorcycles, which is why we did this in the first place. Anything to do with it makes my happy, and I’d love to stay around it.

You grew up in a pretty small town in South Carolina. Do you ever see yourself having the professional career you did?
No, I didn’t. Honestly, I didn’t think about it that way until I was around 15 or 16 years old. We always just did it for fun. We were very competitive, but mostly we did it for fun. It was the biggest blessing ever. I saw so many places, met so many people, and stayed out of so much trouble. [Laughs] And ultimately I met my wife through motocross, which was probably the greatest thing I got out of it.

You turned professional in 2009 and had a very good run. What are some of your favorite memories?
Aw, man, it’s hard to pinpoint any of them. There were so many of them. The last couple amateur years were awesome—bringing in some titles from Loretta’s. I felt like I had a pretty good run in supercross in 2011. I rode with the JGR guys outdoors in 2011, and pretty much all of 2012 we had a great time with the Langston-Witt team. Those were fun times and really enjoyable.

During your career, like you said, you rode with JGR and Langston-Witt, but you also were on some smaller teams trying to make it. Looking back, what were some of the big differences?
I spent a lot of time trying to make it on smaller teams. It was tough a lot of times. I did get a really good taste of what some of the factory teams were like. It was tough, but it was good. It taught me to appreciate so much the little bit of time I had on the bigger teams. I loved every minute of it. Pretty much, it just taught me about what I was doing it for—because I love to ride motorcycles.

Anything you regret or wish you had done differently?
I think everybody can look back and think of things they wished they would have done differently. I don’t, honestly. Everything turns out the way it’s supposed to. I had a good run and I’m walking away healthy. That’s all I can ask for.

Did anything led up to this decision? Were you dealing with an injury you were unable to overcome, or was it based on not having anything and felt like this was the right time?
I think, ultimately, towards the end of the outdoor season last year, when I had a really bad crash and broke both my arms training in Florida, it was just an uphill battle from there. I tried to come back strong, but it took a lot longer than I thought. Then being away from the scene for so long—you know how it is in the industry—if you’re away for anytime at all, you suffer. So, just a combination of trying to comeback from the injury and being away for so long, you kind of lose touch. That had a lot to do with it.

Congrats on a great career, Les. I’m sure you have some people you want to thank?
I would like to thank everyone that has been a part of my career, mostly my family and my friends. I met so many great people in the industry and just would like to thank all of the ones that stuck by my side!