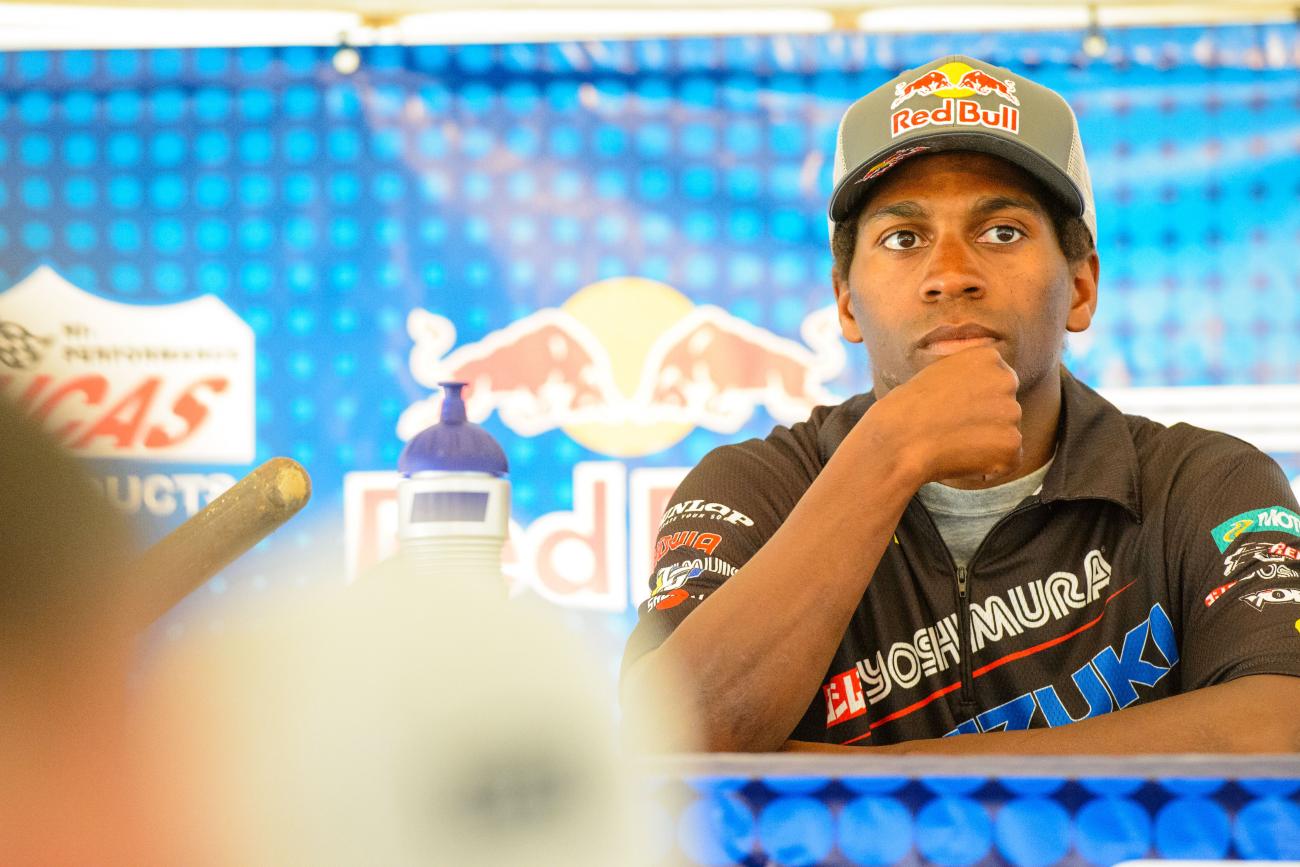 Rapid Reaxtion Why Stewart Can Race

Of course, of course, this sport’s first ever story of a drug test detecting a banned substance can’t be simple. This is a subject that’s controversial and complex even in the most cut and dried cases, but we can’t even get started with something like that.

Right now we have a test detecting a banned substance—an amphetamine—that may or may not be considered performance enhancing, depending on who you talk to. It is banned, though, of that there is no doubt, but it’s also possible to get permission to use it with the proper notification. There is also no doubt that the test was performed at a round of Monster Energy AMA Supercross an FIM World Championship, but right now we’re racing in the Lucas Oil Pro Motocross Championship, sanctioned by AMA Pro Racing (and operated by MX Sports, a sister company of this website).

How connected are those championships?

That complicates matters. Oh, and it involves the highest-profile, most polarizing rider in the sport today, who just happens to have gone 1-1 at the previous event. That’s a nice cocktail of complexities and intrigue—and I shouldn’t even use the word cocktail right now because Alex Rodriguez’s baseball PED use was so sophisticated it was considered a cocktail of ingredients. This is a much simpler and less-potent substance, but that actually makes the situation harder to figure out.

Unraveling all of this could take months, or forever, if you want to extrapolate to what it does for the sport, or James Stewart’s legacy, or the general credibility of anyone involved. However, we can shed some light on what’s happening right now, specifically why Stewart is eligible to race this weekend at Muddy Creek. That part is actually clearer than you’d think.

The answer lies in the World Anti-Doping Agency’s (WADA) code. If you want to make yourself dizzy, try reading through it here. (Oh, the difficulty in not using a joke about ADD or ADHD when mentioning how hard it is to read through a 136-page document of medical and legal jargon).

Mandatory Provisional Suspension after A Sample Adverse Analytical Finding Signatories shall adopt rules, applicable to any Event for which the Signatory is the ruling body or for any team selection process for which the Signatory is responsible or where the Signatory is the applicable International Federation or has results management authority over the alleged anti-doping rule violation, providing that when an A Sample Adverse Analytical Finding is received for a Prohibited Substance, other than a Specified Substance, a Provisional Suspension shall be imposed promptly after the review and notification described in Articles 7.1 and 7.2.

The Provisional Suspension did indeed happen. But the AMA Pro Racing sanctioned Lucas Oil Pro Motocross Championship is not a Signatory event. It’s non-Signatory as defined in the WADA code. Provisional Suspensions do not apply and, most important, can’t be applied. There is nothing in the Nationals rulebook that would make it possible for MX Sports to suspend Stewart from competition this weekend. If they tried to suspend him, it would be very easy for Stewart’s side to explain that the rules don’t allow it.

Further, there’s a note for this 7.5 code that says

This basically says even for Signatory events, the Provisional Suspension can’t be imposed until the athlete gets an opportunity for a Provisional Hearing. Stewart hasn’t had one yet, so as of today, at least, Stewart wouldn’t be suspended from anything. Not even a GP with a direct FIM sanction.

You’ll note the use of “as of today” and “as of now” quite a bit in this story. Provisional Suspensions don’t last forever, and James will eventually have his case heard. We don’t know how that will turn out. If he’s found innocent, than he can obviously continue racing as if none of this ever happened (reputation be damned). If he’s found guilty, though, his status moves from Provisionally Suspended to Ineligible, and that’s much worse. Ineligible status applies to not only Signatory events, but also to non-Signatory events. On page 74, in a note for Article 10.10.1, it says:

To sum up: Provisionally Suspended means you can compete in a non-Signatory event. Ineligible means you can’t. That’s all the difference right now. It’s true that in cycling, for example, or baseball, athletes that were found guilty ended up banned from everything, in every country. But those athletes were declared Ineligible. Stewart has only been Provisionally Suspended.

It’s very difficult to figure out where this will go, but it will most likely come down to Stewart being able to produce a Therapeutic Use Exemption that proves he has a medical need to use the amphetamine. This is just an assumption on my part, but I believe that’s probably the crux of the investigation right now.

There’s another kicker. The Nationals have their own anti-doping testing via USADA (The United States Anti-Doping Agency), and those folks did testing three weeks ago at the Thunder Valley National in Colorado. We’re still awaiting the results of those tests (and yes, Stewart, among others, was tested). Obviously, if anyone is found with a banned substance in those tests the response will be direct to the series that’s currently running, because USADA’s testing is a direct part of the Nationals. If Stewart, or anyone, is detected with a banned substance there, the story for the Nationals changes, but remember, at the moment, Stewart would still be allowed to even compete in an FIM event because he hasn’t had a Provisional Hearing yet.

In short: these things take time. I know everyone feels like this is dragging out, but a few weeks is nothing in these cases. Heck, seems like everyone knew about A-Rod’s baseball troubles last year but it took forever for the entire process to cycle through. Hmm, should I maybe not have used the word cycle there?

For sure, there will be much conjecture over this WADA test, Stewart, the amphetamine and all—like I said before, those discussions might go on forever. However, one thing is clear, and that is that the rulebook for the Nationals does not include language that can ban a rider Provisionally Suspended by WADA from competing in a non-Signatory event.

That’s the story for the weekend unless the WADA trial or USADA tests come in to say otherwise. That’s quite a cocktail of complexities, isn’t it?