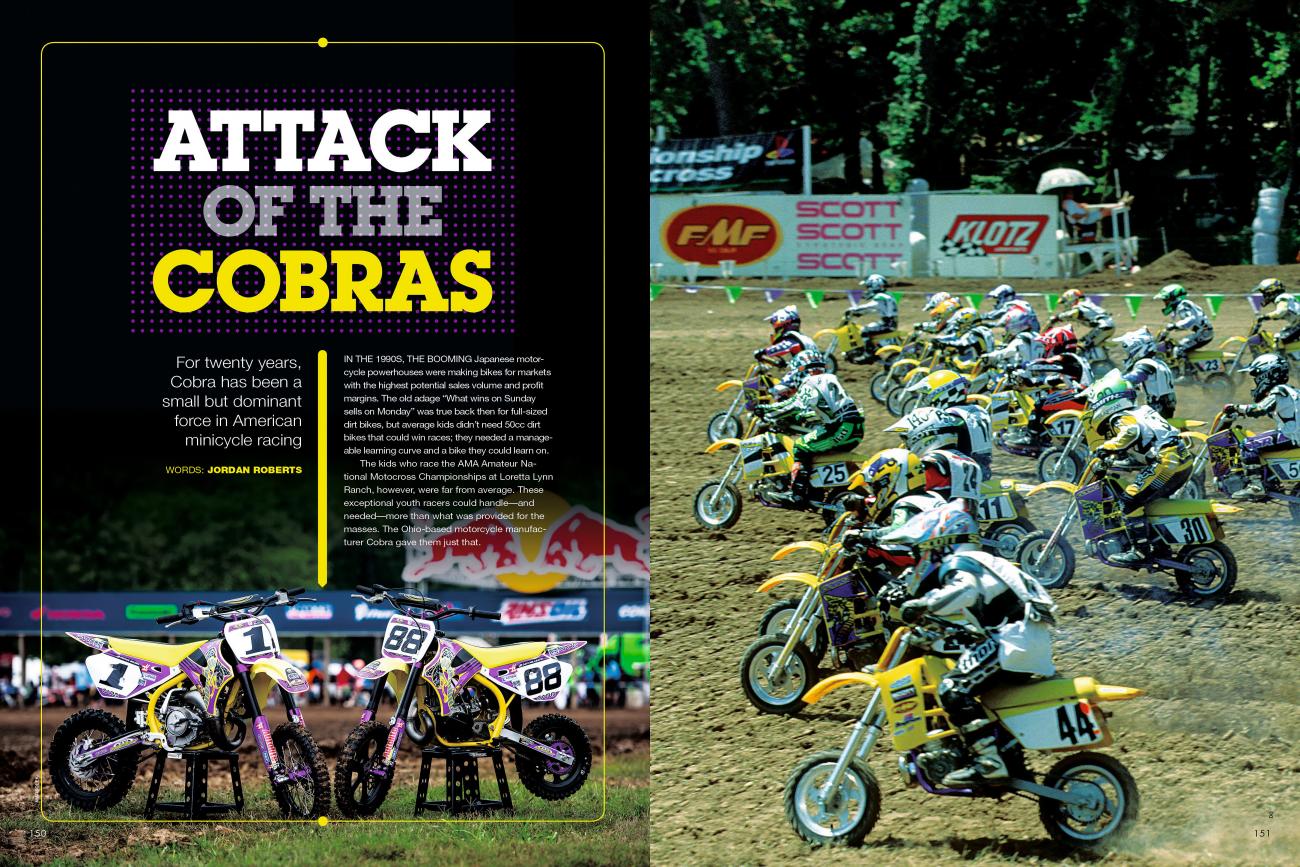 In the Mag, Attack of the Cobras

In The Mag, On The Web is an online feature where we take a behind-the-scenes look at one of the print features in Racer X Illustrated. Check out some more information on “Attack of the Cobras” by Jordan Roberts.

Ed Youngblood wrote a feature in Racer X back in 1999 about Cobra minicycles, but for a small manufacturer that’s only been in business for twenty years, fifteen years in the books is nearly a lifetime ago. A lot has changed since then—not only within the company itself, but the motocross industry and economy as a whole. How did Cobra remain unfazed?

On a surface level, Cobra was and still is shrouded in victory and national championships. It’s tough to look past the podium that Cobra always stands atop, which is why this story sat on the shelf for a year. There’s no doubt their small business deserved recognition for standing toe-to-toe against corporate competition and pulling ahead, but you don’t get a sense for their true colors until you realize what they had working against them over the past decade.

Cobra carries the spirit of the American dream. They’ve been in several knockdown, drag-out fights since fellow Michigander Sean Hilbert stepped in as President in 2003. I never realized there were a few instances where packing it in was a looming reality knocking at the door. They’ve done a hell of a job at keeping their eyes on the prize all while keeping existential threats at bay. Most of the dust has since settled, but you’d be surprised at what a little bit of free time can do for a forward-thinking company like Cobra. They’re about to reinvent their winning ways once again.

Read the entire “Attack of the Cobras" feature in the July '14 issue of Racer X right now or look for the cover below on Newsstands to pick up the issue in person.