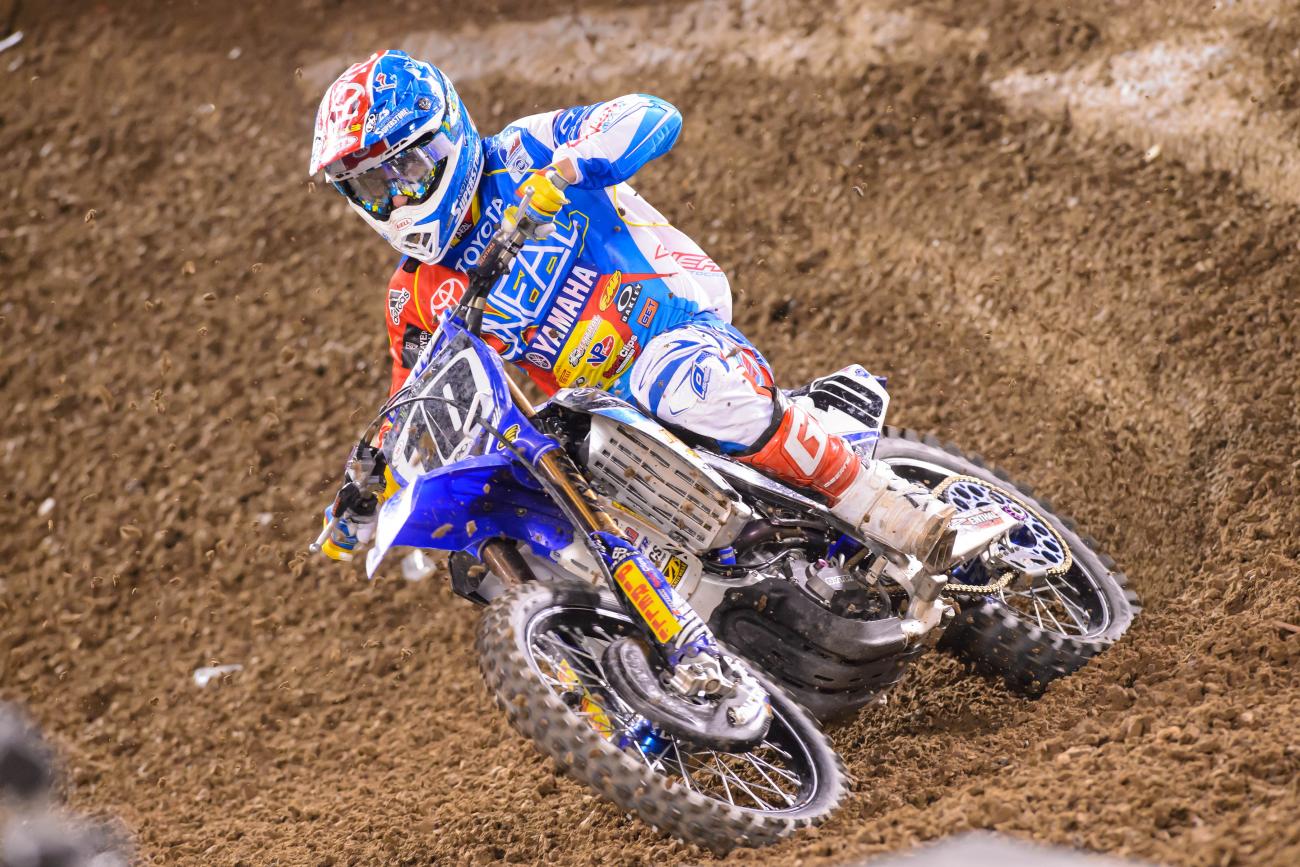 Justin Brayton – Knee, Broken Foot, Broken Pinky and Broken Hand
Comment: Justin Brayton broke a small bone in his foot during his heat race in St. Louis, and also suffered a broken pinky in the main. He tried to race Houston anyway but injured his knee and broke his hand in practice. The team says his “status will be continuously evaluated and he will return to racing as soon as safely possible.” In the meantime Phil Nicoletti will fill in for him.

Kyle Chisholm – Shoulder
Comment: Chisholm crashed during the week before Daytona and injured his shoulder. He will return to action in New Jersey.

Josh Grant – Banged Up
Comment: Grant had a big crash last week in Houston when he was hit from behind. The crash left Grant, who was already banged up from the week before, badly shaken up. He will miss Seattle, and his team says his “status will be continuously evaluated and he will return to racing as soon as safely possible.” In the meantime Vince Friese will fill in for him.

Davi Millsaps – Torn ACL
Comment: Millsaps tore his ACL during the off-season at Milestone and had surgery in mid-December. He is back on the back and is aiming to be ready for the Lucas Oil Pro Motocross Championship.

Chad Reed – Scapula, Collarbone and T1 Vertebra
Comment: Reed went down hard on the final lap in San Diego. He will miss the rest of Monster Energy Supercross and is preparing for the 2014 Lucas Oil Pro Motocross Championship.

Ivan Tedesco: Broken Finger and General Soreness
Comment: Tedesco, who was already racing with a broken finger, had a huge crash in Toronto that left him pretty banged up. He will not be racing in Seattle.

Broc Tickle – T7 Vertebra
Comment: Tickle injured his T7 vertebra during practice in Toronto and underwent surgery. There is no timetable on his return.

Jake Weimer – Shoulder and Hand
Comment: Weimer broke a bone in his wrist and dislocated his shoulder in qualifying in San Diego. He plans on returning for the New Jersey round.

Zach Bell – Broken Collarbone
Comment: Bell broke his collarbone in Phoenix. The bone, which required surgery, was broken in three places and will sideline Bell until the Lucas Oil Pro Motocross Championship begins.

Matt Bisceglia – Broken Tibia
Comment: Bisceglia sustained a hairline crack in his tibia. He underwent a small procedure to repair it and will be racing when the Eastern Regional 250SX Championship resumes in New Jersey.

Adam Cianciarulo – Injured Shoulder
Comment: Cianciarulo underwent surgery to repair his left shoulder that popped out of joint twice in Toronto. He will be sidelined for three to four months.

Darryn Durham – Concussion
Comment: Durham had a big crash in practice at A2 and was knocked out. He’s back riding but won’t race until the start of the Lucas Oil Pro Motocross Championship.

Casey Hinson – Crushed and Dislocated Right Wrist, Fractured Left Hand and Fractured Face
Comment: Privateer Casey Hinson had a big crash while preparing for the season in December. There is no timetable on his return.

Brady Kiesel – Broken Jaw
Comment: Kiesel broke his jaw in two places in Arlington. Complications with teeth that were broken to the root followed, requiring root canals and crowns. He tried to race through it but has decided to pull the plug on supercross for 2014. He will return for the Lucas Oil Pro Motocross Championship.

Vann Martin – Broken Wrist
Comment: Martin underwent surgery and hopes to be back on the bike as soon as possible.

Cole Martinez – Broken Wrist
Comment: Martinez broke his wrist at A3. He had surgery and hopes to be back racing by Las Vegas.

Marvin Musquin – Torn ACL
Comment: Red Bull KTM’s Marvin Musquin suffered a torn ACL in early December and underwent surgery in his home country of France. He is back training in the U.S. and is expected to return for the 2014 Lucas Oil Pro Motocross Championship.

Fredrik Noren – Broken Wrist
Comment: Noren will miss the rest of Monster Energy Supercross with a broken wrist. He hopes to be ready for the Lucas Oil Pro Motocross season opener.

Kyle Peters – Shoulder
Comment: Peters dislocated his shoulder in the main in Toronto. He has undergone surgery and will return for New Jersey.

Austin Politelli – Broken Femur
Comment: Privateer Austin Politelli suffered a broken femur while testing at Milestone the week before Phoenix. He is now rehabbing and has resumed cycling in an attempt to get back to riding as soon as possible.

Anthony Rodriguez – Broken Collarbone
Comment: Rodriguez broke his collarbone when he crashed during the main in Atlanta and underwent surgery. He’s shooting to return for the Lucas Oil Pro Motocross Championship.

Joey Savatgy – Broken Wrist, AC Separation, Broken Ribs and Partially Collapsed Lungs
Comment: Savatgy is back on the bike and is preparing for the 2014 Lucas Oil Pro Motocross Championship.

Blake Wharton - Knee
Comment: The GEICO Honda had surgery on his meniscus, but hopes to be back for New Jersey.

Ryan Zimmer - Broken L 1,2,3 and 4
Comment: Zimmer crashed hard in St. Louis, but fortunately does not require surgery, although he’s very sore. He will miss the rest of Monster Energy Supercross.