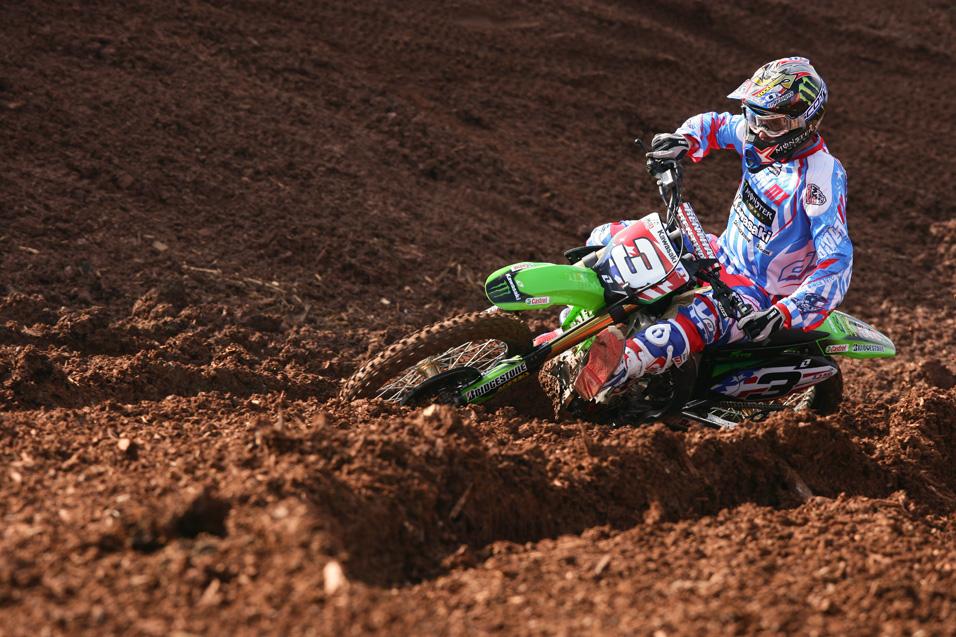 Racer X Online is counting down the Top 25 Team USA members of all time, marking each day as we draw closer to the 2013 Monster Energy FIM Motocross of Nations on September 28-29 in Teutschenthal, Germany. There Team USA will be trying to get back on top after last year's loss in Belgium, which ended Team USA's winning streak at seven consecutive years. As we get closer, the rankings get more and more difficult, as the history of Team USA is filled with men who did very big things in the Monster Energy Supercross and Lucas Oil Pro Motocross Series, as well as overseas.

Today's hero is Tim Ferry, #17 on our list. Red Dog's time with Team USA did not come until late in his epic career. Ferry turned professional in 1992 but didn't make the cut for Team USA until 2003, when he was teamed with Ricky Carmichael and Ryan Hughes for that year's MXoN in Zolder, Belgium. Under the unique format of that year (a format that was soon scrapped), each team could put its three riders on any sized bike they wanted for a one-moto, winner-take-all format. Ferry, then a Yamaha factory rider, and Hughes, riding for KTM, chose 450 thumpers. Carmichael, in what turned out to be his last outdoor race on a two-stroke, chose a Honda CR250. 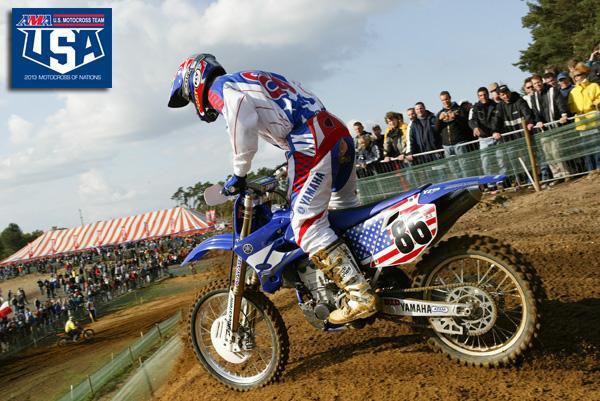 Things went great—for Carmichael, anyway. Ferry ended up badly spraining his thumb in practice and could barely hold on all weekend long, while Hughes ran second to RC in his qualifier, then suffered a chain derailment in the race that knocked Team USA out of the running. Even though Carmichael cleared off with the win, it was the Stefan Everts-led Belgians who won the team competition. It was a terrible outing for Ferry, and it seemed like he would never get another shot at representing his country.

In 2007, the Motocross of Nations came to the U.S. for the first time in twenty years. Everyone knew that Carmichael, riding a Suzuki in what would be his last appearance on Team USA, would be the lynchpin of the team as its MX1 rider; Monster Energy/Pro Circuit Kawasaki rider Ryan Villopoto had already begun establishing himself as the best 250 rider on the planet, so he was a lock for MX2. For the third member, team manager Roger DeCoster was expected to name James Stewart, the 2007 Supercross Champion, but Stewart had hurt his knee at Washougal. DeCoster turned to the veteran Ferry, Stewart's Kawasaki teammate, but when younger riders like Mike Alessi, Andrew Short, and Kevin Windham started picking up steam, people questioned whether Ferry was the right man for the MX3 role.

Come the race at Budds Creek in Maryland, Ferry more than held up his end. While Villopoto obliterated the competition in both motos on his MX2 bike and Carmichael led MX1 both times, Ferry overcame a first-turn crash and thirty-ninth place start to finish fourth in the first MX2/MX3 moto, then followed Carmichael home in the finale to claim the MX3 individual class championship. Team USA won with ease. 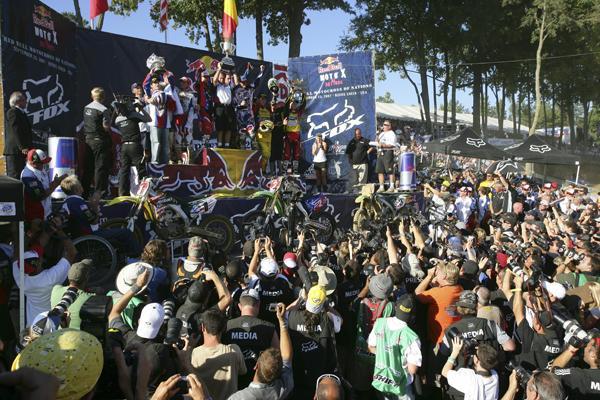 One year later, Carmichael had retired and Villopoto was still on the 250. Stewart was healthy and truly dominant outdoors, going 24-0 and taking the 450 AMA Motocross title. But once again, Team USA needed a third rider to anchor the team at the race in England, and DeCoster chose Ferry again for an all-Kawasaki lineup. In the first MX1/MX2 moto, Stewart battled with French rider Sebastien Pourcel and ended up with the victory, while Villopoto, after a poor start, came up from almost last to finish tenth against the 450s and second behind England's own Tommy Searle in MX2.

Ferry came out for the second moto and did not do as well as he’d hoped, finishing ninth, while Villopoto ran off with another outright win on an MX2 bike and another individual class win.

In the last moto, Stewart was winning and Team USA looked to have it in the bag, even with Ferry toward the back of the pack. But then Stewart crashed and could not restart his bike. Everyone panicked—everyone except Ferry. Red Dog pinned back his ears, put his head down, and went to work. By the end he was up to fifth, enough for the team to win and for him to again claim his class’ individual overall win.

Tim Ferry's three Team USA tours in the Motocross of Nations resulted in a 2-1 record for the Americans. His steady presence on that last 2008 team made the difference and helped land him at #17 on our list of the Top 25 Team USA riders of all time. 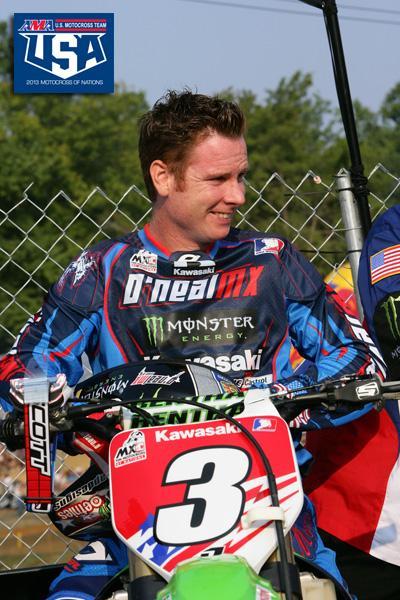