This week's collection comes to us from Bob McCullough.

My brother Dave, my father Nelson and I are all members of the Penton Owner's Group. They are a fantastic group of Penton enthusiasts, many of which have worked for Mr. Penton in some capacity and remain connected to one of America's true motorcycle treasures.

The bike featured here was found in October 2004 while traveling from Pittsburgh to Tulsa, OK for the annual ISDT Reunion Ride. This steel tank Berkshire was found with the motor out of the frame, and the engine was in several sections. Dave began the restoration in earnest in late 2008 and had the bike completed for Vintage Motorcycle Days at Mid Ohio in late July.

The bike start's easily, all the lights function (including the brake light) and it has been used for a few short shuttle trips around Mid Ohio. While this bike will never be ridden seriously again, Dave and I have made a habit of restoring identical Pentons to ride in the past several ISDTRR's:

I hope you enjoy this bike as much as we all do. If you are interested in learning more about the Penton Owner's Group stop by www.pentonusa.org and browse the photos, message board and technical features. 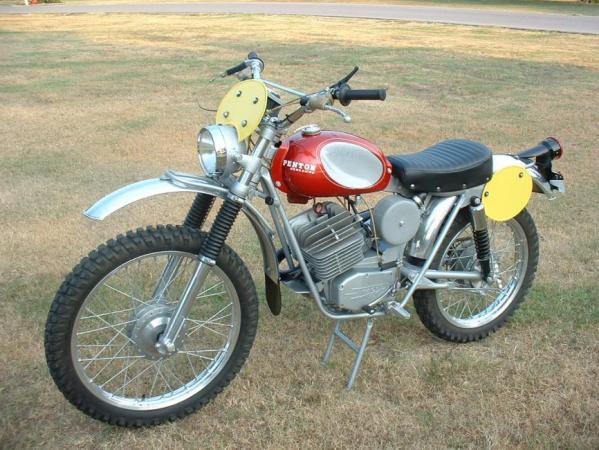 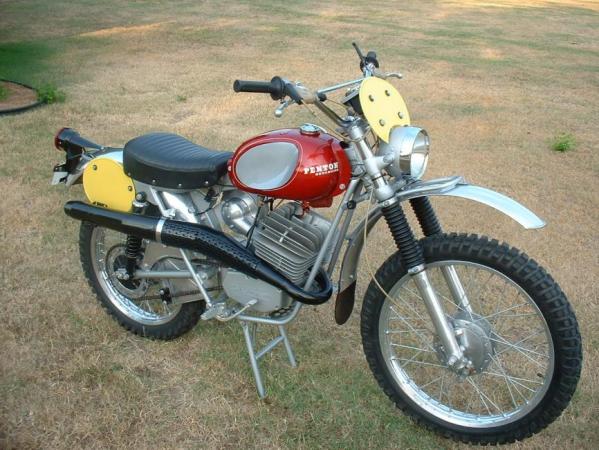 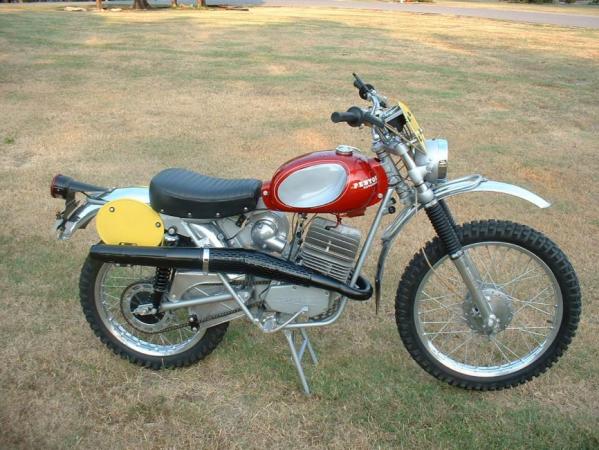 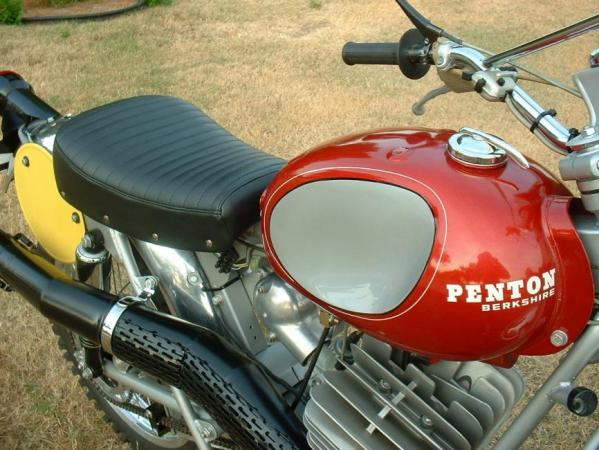