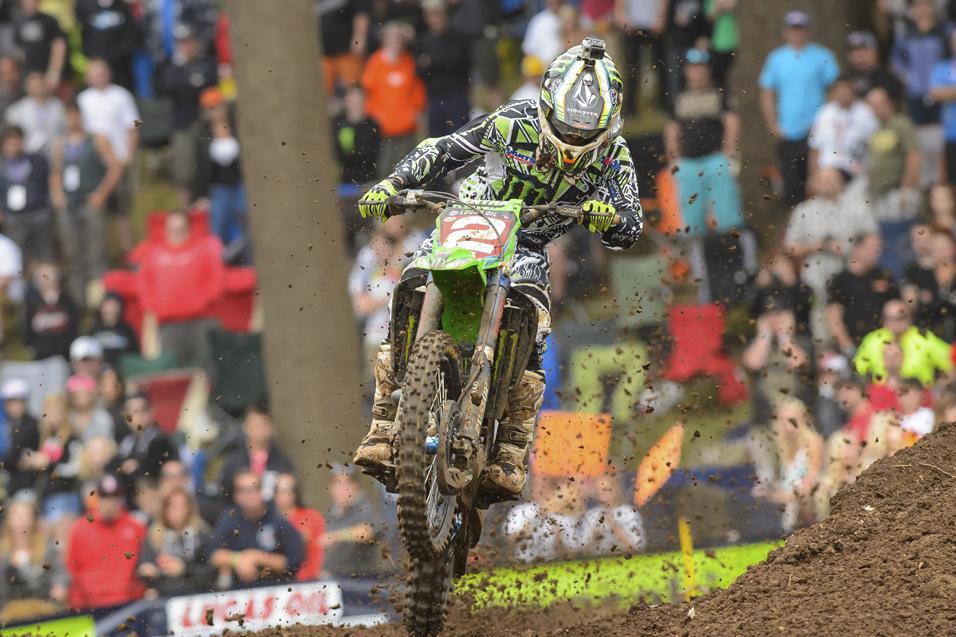 Breakdown Patience is a Virtue

Advertisement | Advertise with Us
Spring Creek MX Park Millville, MN Spring Creek (Millville) Lucas Oil AMA Pro Motocross Championship
Ryan Villopoto is becoming more and more versatile in his tactics. As he is ever maturing and still improving, he is also figuring out different ways to get the job done. His normal M.O. thus far this season has been to absolutely light the field up in the first few laps and take the lead. His ability to move through traffic and find himself out front early has been a huge feather in his cap in the fight against Red Bull KTM's Ryan Dungey. By the time Dungey has found his groove, RV will usually have a lead that gives him a peaceful, easy feeling like he is the lead singer for the Eagles. This weekend, however, Ryan Dungey's starts were absolutely dialed in with laser like precision. Villopoto was going to have to find a way around the Dunge in both motos if he wanted the win. In the first moto, Dungey held strong. RV made the move into second around the halfway mark and then just couldn't close the gap enough to put real pressure on RD. Villopoto is a smart racer and I am sure he knew that for moto two, he would need to be in front of, or at least much closer to Dungey from the get go. Although Dungey still found himself out front on the first lap, Villopoto was locked in on him from the first lap onwards. This is where it got interesting for me.

Normally, RV would approach warp speed in an effort to get by Dungey and build a cushion. Instead, he was very patient in this instance. He was not in a rush. No panic. No urgency. He watched where Dungey was going all the way around the Washougal course. Where is he fast? Where is he slow? Where is he vulnerable? Is it possible to get by in that spot or do I need to find another weakness? Do I put pressure on him or do I hang back and blitz him all at once? These are the questions I imagined running through Villopoto's head as he sat back sizing up the big #1 KTM. 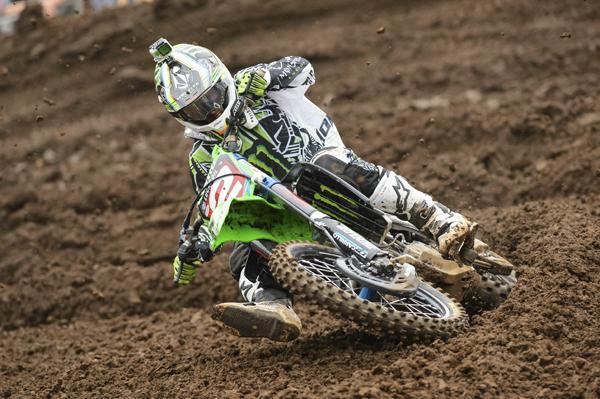 As Washougal is notoriously tough to pass on, having a plan seemed to be a really important aspect for making the move on a veteran like Dungey. After 4 or 5 laps of studying, RV was ready to strike. Without really creating much pressure at all, he found his spot and pounced. Coming out of the whoops, RV got a run on Dungey and just left the throttle on coming around the next sweeper. Dungey had been braking early and swinging back left in an effort to be more set up for the next section, but in doing so, left the inside wide open. The brilliance in this move was that RV never tipped his hand of where he was going to make the pass. Many times, riders will try and fail to execute a pass on the one or two spots they have figured out. Once they blow their cover, the leading rider will play defense in that section and take the line away rendering that passing opportunity useless. RV never once took a look down that inside on Dungey before he struck. This is the "race-craft" that I commonly refer to. These subtle strategies may seem inconsequential but when margins are so close and you're dealing with a talent like RD, using every trick in the arsenal plays a massive role. For instance, Dungey spent the better part of 30 minutes riding literally on the rear fender of Mike Alessi in 2012. He couldn't make his pass attempts work in the sections he felt quicker and once Mike figured out where he needed to be aware, life got very difficult for Dungey.

All in all, this move/strategy may not be earth shattering or keep fans awake at night but it is significant in the analysis of these races. The more adept that Ryan Villopoto becomes at overcoming all situations, the tougher the road becomes for everyone else. Ricky Carmichael was the master of this. He could holeshot and Houdini everyone (usually did), he could sit on someone's rear tire and crack them from the pressure (think JS7 battles) or he could blaze through the pack from a bad start and be winning within a few short laps. RV2 is on the path to this kind of greatness and if you look hard enough, you can see the evidence in his victories. Sometimes riders win because they are just so much better than everyone else that it really doesn't matter what they do or don't do. Other times, like with RV and RD, there are very distinct, yet subtle methods at play that can make all the difference. In my humble opinion, we are watching the evolution of a legend of this sport. As time rolls on, he is learning to persevere in the face of all levels of adversity from first turn crashes to laser beams. Maybe the most impressive fact in all of this is that he is accomplishing this with one of the winningest outdoor riders of all time in the class, Ryan Dungey, right alongside him. We are all mere witnesses.