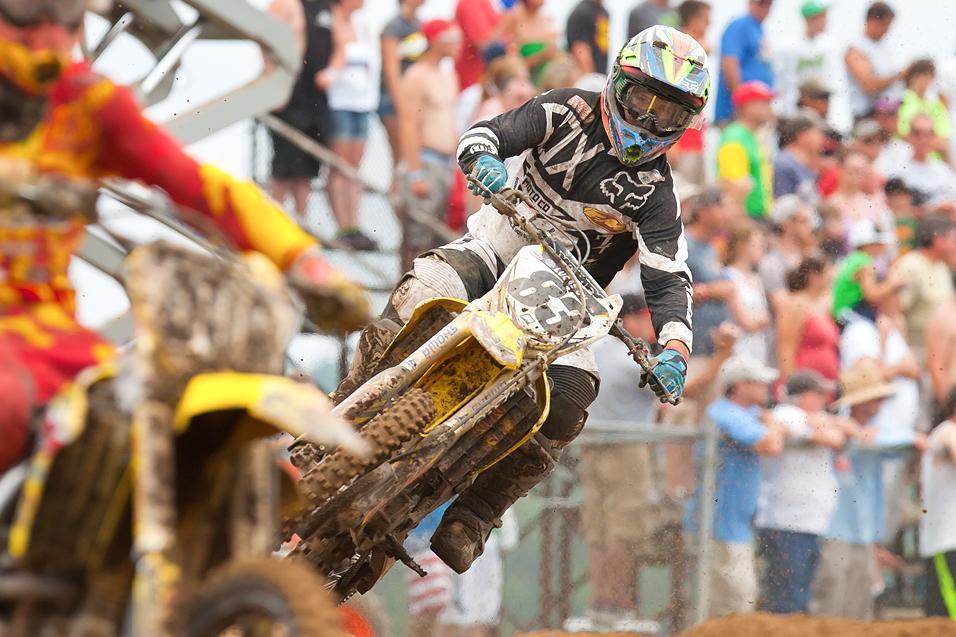 Advertisement | Advertise with Us
Washougal MX Park Washougal, WA Washougal Lucas Oil AMA Pro Motocross Championship
There is no shortage of great stories in Lucas Oil Pro Motocross. The ones surrounding the sport’s top racers always get the most attention, but for every single race win, there’s a hundred cool stories in the privateer pits waiting to be told. Some of them are about privateers overcoming ridiculous odds to notch impressive results and sometimes they’re about guys that just can’t seem to catch a break. And sometimes they’re about guys who blow up bikes, buy old engines off eBay and borrow Travis Pastrana’s bike to race at Budds Creek. Okay, so that last one isn’t common, but it’s true, as you’re about to read in this week’s Privateer Profile, featuring Northern California’s Austin Howell.

Racer X: How’s the season gone for you so far Austin?
Austin Howell: The season has gone all right. Not as good as I’d like of course, but I’ve been having a lot of problems. About four weeks ago my practice bike blew up and a week later my race bike blew up. They both blew up so bad I couldn’t fix them. I had to buy a 2009 motor off eBay to keep going on race day. I can’t wait to get home because I’ve got a new 2013 450 waiting for me. The rest of the season should be a lot better. Hopefully I can go out and make some points, I’m slacking on the points side. If I can start rounding up some points I’ll be looking better.

How many points do you have, three?
Yeah, I think I have three. 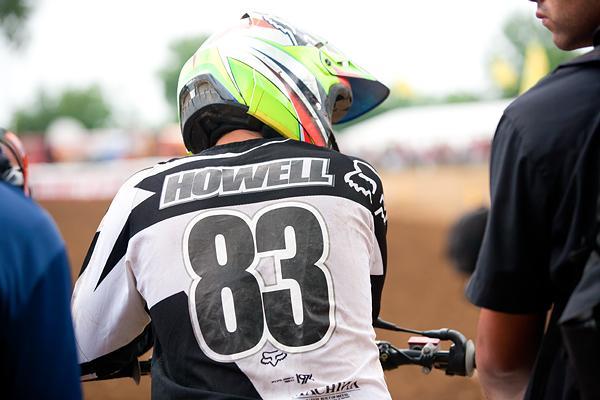 When stuff like your motors blowing up happens, how does that in turn complicate what you have to get done for the rest of the week?
It’s a real big hassle. When my practice bike blew up I tore it all apart to see what I could do to fix it, and there was absolutely nothing. The whole thing was destroyed, and that put me in a situation where I had to ride my race bike all day. A week later, the race bike dropped a valve and destroyed everything. We were at Travis Pastrana’s house that week. I’d just met the guy and I asked him if he had a motor or anything for sale and he let me take his new 2013 to Budds Creek to race the National. I’d only met him for like five minutes! It was just a stock bike, but it was still a lot better than what I’d been racing. It was cool just being with him and hanging out. I even learned to backflip for the first time-he opened the foam pit for us. That was a little crazy.

Your midweek prep consisted of learning to backflip at Travis Pastrana’s house?
Doing backflips, that’s what it was.

Did you do it to dirt?
No, I was too scared.

How did you meet Travis Pastrana?
My buddy Derek Anderson had a hookup with Travis’ neighbor. We went there to ride, and he took us over to Travis’ and introduced us. He’s a really good guy. He’ll talk to you, he’s not one of those stuck-up guys. He opened his whole place to us and just said go for it! We had to sign a waiver so if any of us got hurt we couldn’t do anything. It was a blast, that was a really fun week. 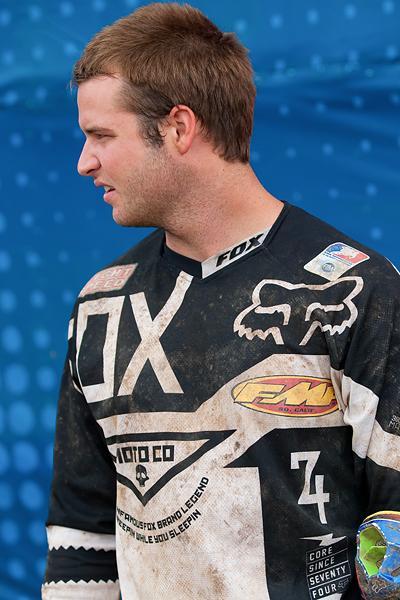 What’s the hardest part of your week?
The hardest part is driving from place to place and trying to find a place to ride. I’m out here racing, I’ve got one of my good buddies Dylan with me, but I still have to do all my own motor work and stuff on my bike, and that’s a big problem. We’ve been actually really lucky going from place to place. We’ve been finding really good people to stay with and ride with. This last week was probably the hardest. It ended up raining and we couldn’t ride all week.

Talk about life on the road. Meeting people and then staying at their house is not exactly a normal life.
It’s stressful, trying to figure it all out. The most stressful part is mainly just driving. It’ll beat you down, but on the other side, it’s awesome meeting new people. There are so many people out there that are just good people that will take you in. Pretty much everywhere we’ve been, each week we’ve been finding people to stay with who have been taking us in, feeding us, giving us beds to sleep in and even just giving us a place to shower. When we get stuck in the van all week it gets really hard.

Is the hardest part of racing not actually the racing itself, but trying to get everything during the week to line up?
For sure. It’s definitely hard. You have to stay up on your fitness, you have to stay up on your riding, and with me, between riding, working out and working on the bike, it takes up every aspect of the day. It’s tough, but we work it all in and it seems to be working out. It’d be great to be able to take some of the stress off during the week and be able to focus more on the weekend, but it’s what I have to do until I get to the next point. 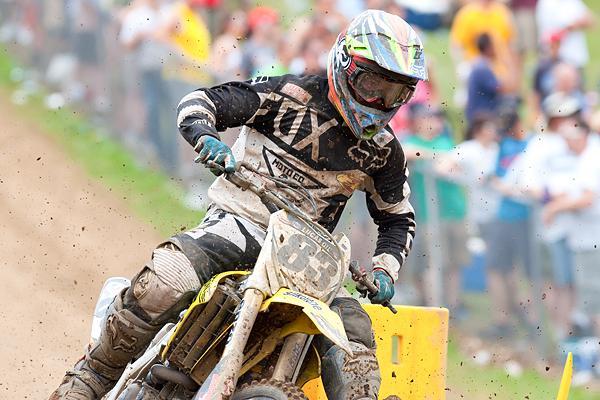 Howell took thirty-ninth at the Red Bull RedBud National via 36-36 moto scores when his 2009 eBay engine let go and started vibrating harder than a coin-operated bed in a fleabag motel. Look for Howell to be back in action this weekend on his new bike at the Peterson CAT Washougal National.