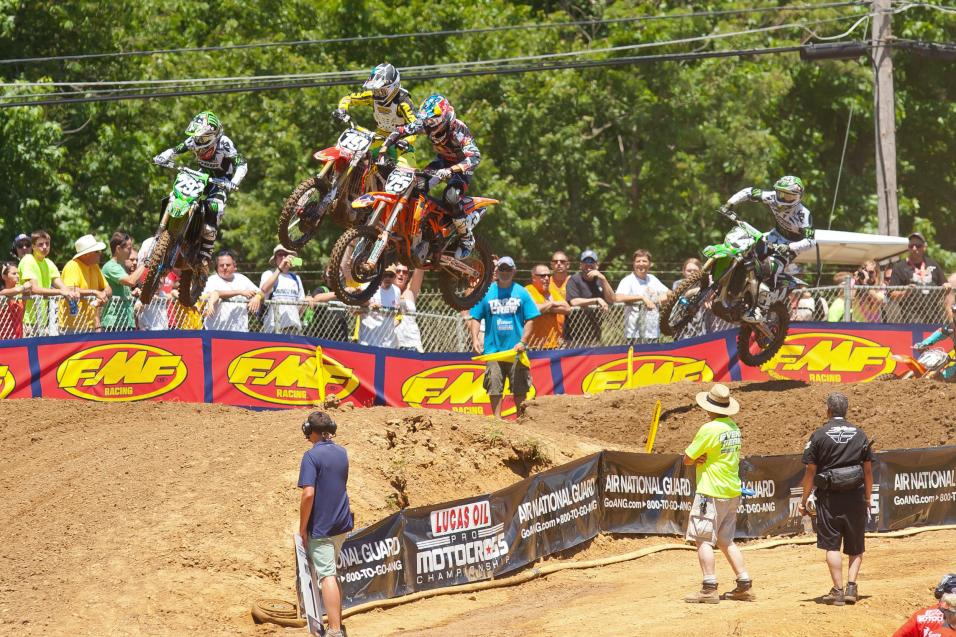 The Moment The Rollers

June 25, 2013 3:00pm
by: Jason Weigandt
Budds Creek Motocross Park Mechanicsville, MD Budds Creek Lucas Oil AMA Pro Motocross Championship
Seems crazy for a set of double jumps to have had such an impact on Saturday’s racing at the Red Bull Budds Creek National, but impact they did, literally, several riders.

We’re talking about the set of rollers in Budds Creek’s second turn, up above and behind the starting gate. We’ll just give you the day in the life of this section.

First, Ryan Villopoto stuck inside and doubled through on lap one of 450 Moto 1, passing both Ryan Dungey and Mike Alessi there. That put him in the lead. However, RV struggled in the section after that, and Dungey started getting it right, allowing him to close back up on Villopoto. The section would then hurt Dungey, though, when he made a mistake through there and crashed. “I ended up losing my footing over here in these rollers,” he said. “I slammed the ground pretty good. Knocked the wind out of me and it was kind of hard to get up.”

Dungey’s teammate Marvin Musquin used the section to his advantage in Moto 1 of the 250s, using the same line Villopoto did off of the start to pass Adam Cianciarulo and Wil Hahn for the lead in that race. 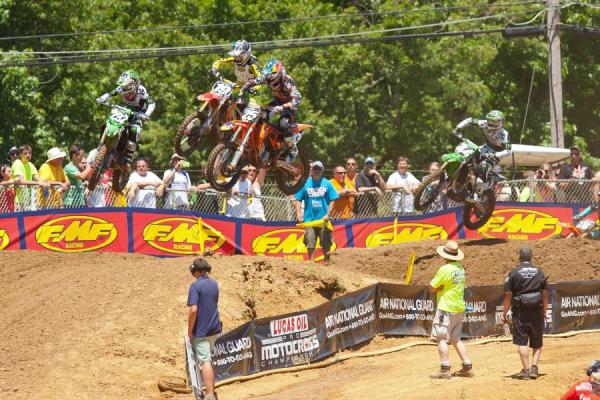 The rollers at Budds Creek helped and hurt a number of riders.
Andrew Fredrickson photo

But later in the day, we saw the ultimate way to get through those rollers, as Darryn Durham leaped through them in the second 250 moto in grand style. He used it to open up a gap each lap on his pursuing teammate Blake Baggett. “That was pretty sick, huh,” said Durham.

It was, but then the section turned on Durham. Eli Tomac caught him and passed him for the lead, then he failed to double the rollers and Baggett got past. Durham then tried to turn it back up and double again, only to crash.

Villopoto described why the section was so hard. “Seemed like the first double was fairly easy to do, but the rest were really soft, like play dough,” he said. “They didn’t really form up good, so it seemed like if you came up short, you were slapping the front end down on one, it was like they were trying to suck you up. It took me awhile to get the right rhythm through there. I struggled the first part of the moto trying to get them down.”

At some point, it seemed like everyone struggled through there, even the ones who benefitted from it throughout much of the day. The may have been doubles, but they were far from routine.