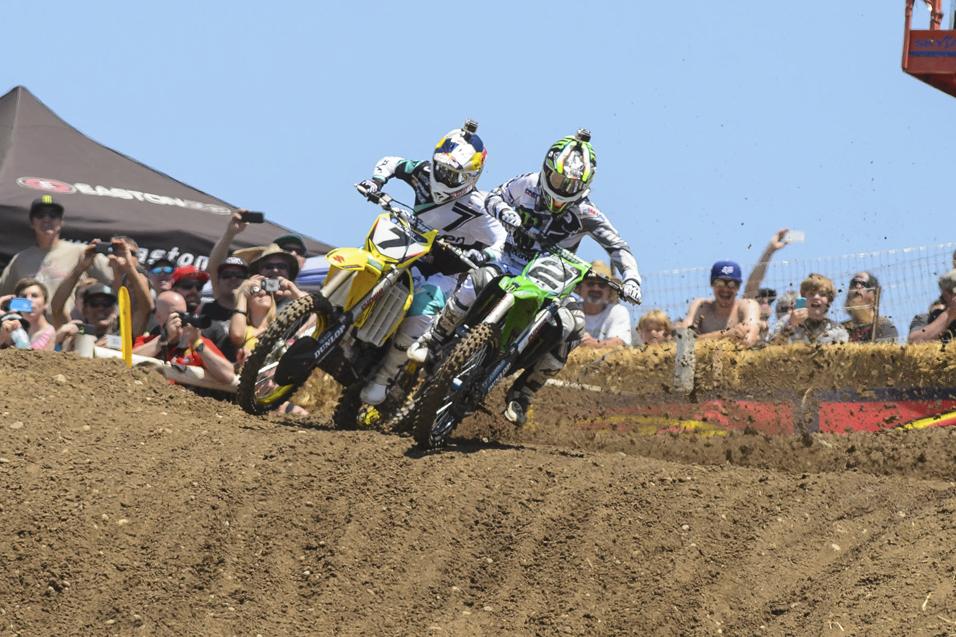 The Moment The Passes

Advertisement | Advertise with Us
Rancho Cordova, CA Hangtown Lucas Oil AMA Pro Motocross Championship
It wasn’t the results that surprised at the Red Bull Hangtown Motocross Classic. If you checked out from planet earth all weekend and then checked our Monday Wake Up Call for results, you’d see 1-1 rides from Ryan Villopoto and Ken Roczen and probably not be surprised. They were favorites coming into the race, and lived up to that billing coming out.


But it was the way they won it that surprised. Both the 450 and 250 fields are supposed to be loaded, but Villopoto and Roczen blew right past their main competitors to take the lead and the win in each race. These were passes with authority, passes that happened almost instantly. Once RV and Kenny decided they wanted the lead, the competition couldn’t hold them back for more than a few turns.

Everyone else had to work to make moves. Eli Tomac and Blake Baggett tussled with each other a bunch in 250 moto one. Ryan Dungey tried what seemed like a double-digit number of pass attempts on James Stewart in moto two before finally finding an opening. Further back, several battles raged on, like a four-way duel between Malcolm Stewart, Andrew Short, Dean Wilson and Mike Alessi in the first 450 moto. With a field so closely matched, few could blow through the pack (although credit to Justin Barcia, who overcame bad starts to go 5-5 in the 450s, and Marvin Musquin and Zach Osborne, who salvaged fourth and fifth, respectively, in the 250 second moto after crashing together). 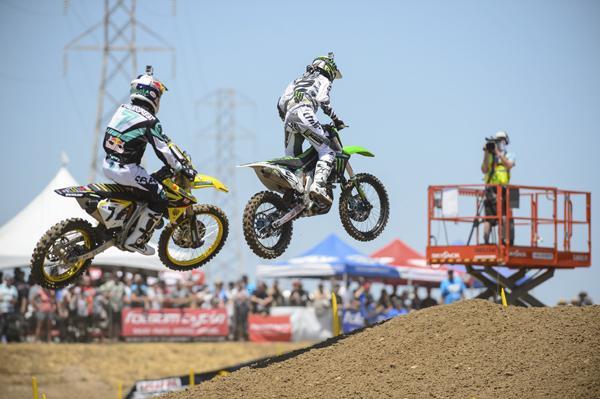 With all the hype and unknown coming into this season, the sight of Villopoto motoring past Stewart and Dungey was something to see. As was Roczen going by 250 fast guns like Tomac, Baggett and Musquin. It’s only round one, of course, but it’s hard not to think that those passes indicated something.

Some riders commented that the track wasn’t ripped up as deep as it was last year. The straights were still rough and choppy and square edged—no one said it wasn’t rough—but the ruts in the corners weren’t quite as deep as in the past. But if you were really, really fast, like Villopoto and Roczen fast, finding room to make moves was easy. When I saw Red Bull KTM Team Manager Roger DeCoster at the airport on Sunday morning, he summed it up with his usual brutal honesty: “It sure wasn’t hard to pass for Ryan Villopoto, was it?”