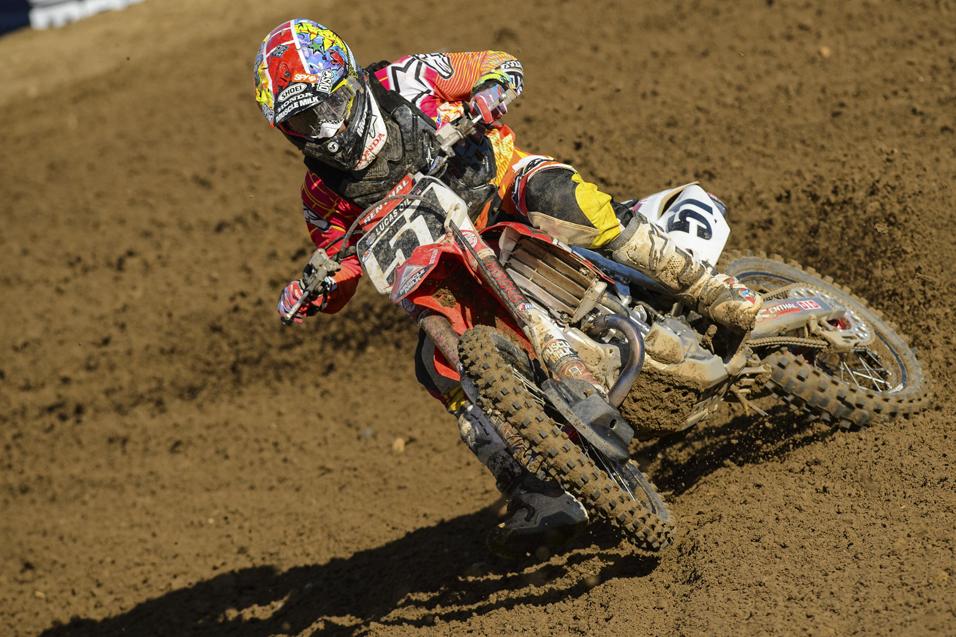 Several years ago, the qualifying procedure for the Lucas Oil Pro Motocross Championship changed. Previously, riders ranked high in the point standings were automatically placed into the program, and then four-lap qualifying races that would determine who else got to race the afternoon motos in pursuit of championship points. Practice was truly that, just practice.

Nowadays, however, practice and qualifying are one and the same. There are two qualifying practices per weekend and the best time from the two practices count as your qualifying effort. The interesting factor is that many times during the season, only the first practice time will be relevant to qualifying. The tracks are groomed and prepped to perfection on Saturday morning, as improved equipment availability, better track makeup with better soil, and a more balanced track watering plan contribute to this. There used to be times when the track would get flooded with water before the first practices, leading to a slick, muddy track early in the day. Today, the tracks are ready to rip from the opening lap of practice. 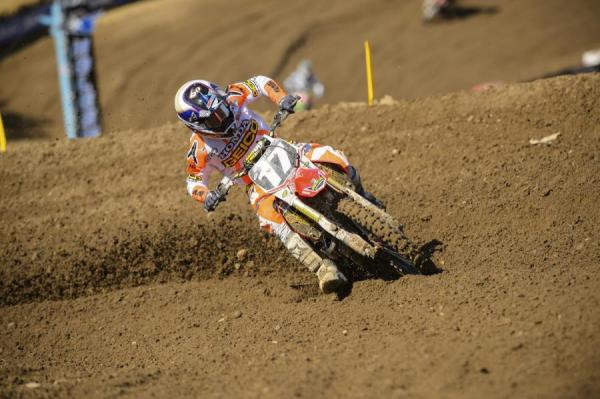 Eli Tomac put down the fastest time in the 250 Class, which came in the first session and was almost two seconds faster than his best time in the second session.
Simon Cudby photo

Of course, a motocross track will always be smoothest at the beginning of the day. As the laps go on, the track will get rougher, and times will slow down. The second practice, then, becomes to slow to contribute to faster times. There are a few tracks in particular where this is consistent. Hangtown, Thunder Vally, Southwick, and Unadilla come to mind in the fact that the tracks markedly slow down from practice one to practice two. Even if it is only a second slower, that’s a big gap. Hangtown, as mentioned, is one of these tracks that 99 percent of the riders log their qualifying time in the first session. With this being the case, most riders use session one as a qualifying race, and the second session as a pure testing situation.

Sure, the riders will put in a hard lap or two in session two while trying the different settings, but most know their efforts of improving their position are futile. The real goal is finding the right set up. The rougher second practice session is usually fairly close to the conditions that riders will face in the first moto, so it is the perfect time to experiment with ideas that the teams discussed between practices. Watching closely, you can see the difference between the practices purely by observing the mechanics’ area. In the first session, the mechanics area was a ghost town. Riders were 100 percent focused on learning the track and then throwing down that all important fast lap. Riders don’t want to waste valuable time in session one, so they’re not pulling in. In contrast, the second session is often clogged with riders going in and out. Setting changes, tire changes and general discussion about setup go on continuously throughout the second practice. 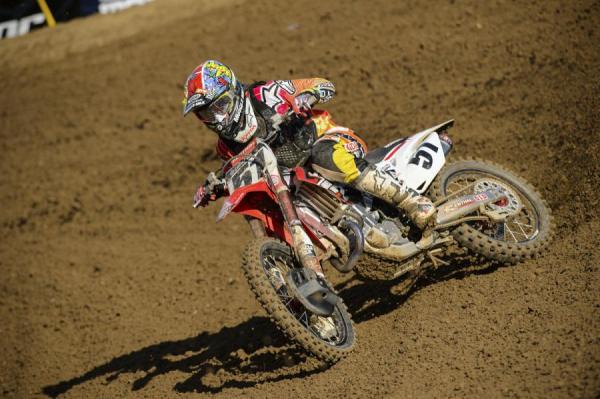 Justin Barica was nearly two seconds faster in his first session than his second, which gave him the fastest time at Hangtown.
Simon Cudby photo

In fact, after the first practice, most teams and riders know approximately where they will qualify and who will be headed to the Consolation race (the top 36 fastest riders qualify, and everyone else goes to the consolation race, which seeds the top four finishers into the motos). All of the pressure is on that first session and being warmed up and prepared for max effort immediately is a big focus. In the old days, we would be yawning on the line for the first practice Sunday morning, as there was nothing urgent about practice in general. Nowadays, the adrenalin is pumping before that green flag flies. While it may not change the overall results, it is an interesting footnote and can add some interest when watching the riders approach to qualifying practice each weekend. If you’re heading to Colorado this weekend, check out the mechanic’s area during both practice sessions—you’ll notice a notable difference in strategy.