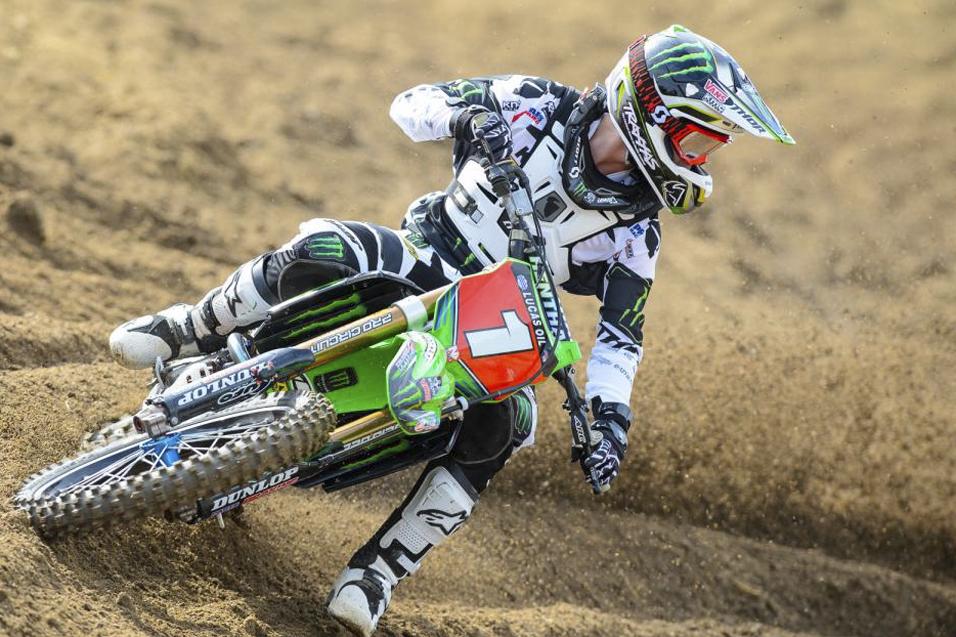 Fittingly on April Fools Days, we ran a Monday Conversation interview with Monster Energy/Pro Circuit Kawasaki’s Blake Baggett, and it turned out to be one of the most bizarre Q and A sessions in awhile. The 2012 250 MX Champion wouldn’t let on to the healing progress of his broken wrist. Now, we’re on the eve of his title defense, and he’s throwing up more smoke screens. In this interview conducted yesterday, he says his wrist still causes brutal pain. But we saw him ride on press day and he looked fast. Really fast. So take this any way you want, and we’ll know for sure on Saturday

Racer X: Okay, Blake, two months ago you told us you were going to hide out, and no one was going to see you ride until Hangtown. Did you pull it off?
Blake Baggett:
I was seen riding pretty recently, but I made it a long ways!

You did get pretty far into it, we didn’t see or hear much from you until recently.
See, you tell me! Did you see a bunch of photos of me riding?

Not really. And you had a trick up your sleeve; you had Glen Helen to yourself at times.
Yeah, there weren’t even workers there when I rode.

Okay so when you were riding, how was it going?
I don’t know because I wasn’t riding! No one saw me, so do you really know if I was riding at all? 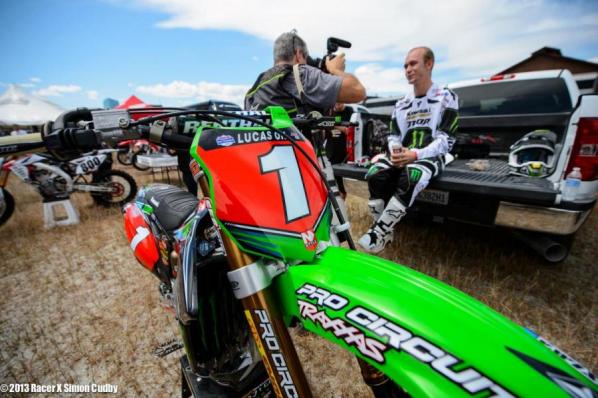 Right but we had Racer X Films with you at Glen Helen, was that someone else in your gear? You said you would do that.
No, that was me, I can’t deny that. But I told Matt to fast forward the clip, set it at like one-and-a-half speed.

Ah okay, someone will have to watch it back at like half speed then or something to figure this out…seriously do you feel good?
Yeah, I do. A little late start on everything, but we got all of our stuff done, and we’re right where we need to be at. So I’m just going to come out and Steady Eddie it and see where we end up.

But this is not a deal where you’re going to need a few rounds to find your real speed?
No, round one, right here, we should be good.

And Hangtown has been really good to you in the past. Can you match those rides?
I don’t think I can match last year—that one was pretty good. I don’t want to have to pass riders on the last lap to win a moto, I think I waited a little bit too long to go in that one.

Now you’re wearing a wrist brace. So how is it?
It’s movement that’s the problem. I probably have 10 percent movement from a normal wrist, if you would consider normal to be 100 percent. I can’t go 90 degrees in either direction.

But it doesn’t hurt?
No, it’s brutal. It hurts.

But this is not a problem?
Once I get my mind off of it, I’m just riding my dirt bike. But it’s super gnarly under braking, just because my wrist doesn’t roll up right. All of the weight is on my thumb. The last few laps are the worst, because your heart rate is up, your mind starts to wander a little bit, but other than that, it’s good. I’ll just hang on and hold it wide open, I guess. I need to! 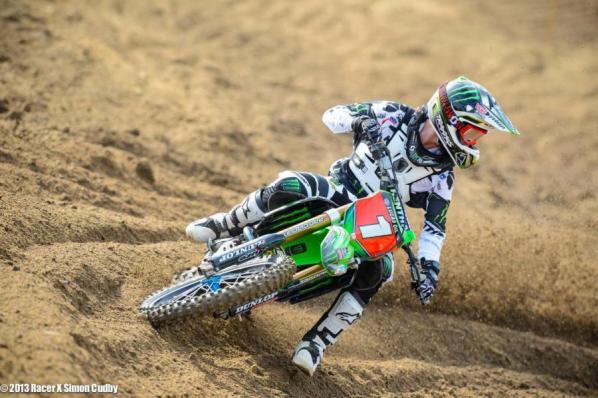 Baggett says he only has 10 percent movement in his wrist.
Simon Cudby photo

But one of your strengths the last few years has been fitness late in the motos. Obviously, you don’t lay down that kind of base overnight, you have to put down that training well in advance. Were you able to get most of that back?
No, fitness is good. We did put it together a little late and a little rushed, but I definitely think we’re exactly where we need to be. It’s going to be a long season, that’s what you have to remember. And some races are going to be hot, some are going to be muddy. You have to learn from the mistakes you made last year and capitalize on things. The plan is to be on the podium in every moto all year, and at the end of the year, it will be a championship battle, and that’s where things will really be decided.

You’ve come a long way in two years. In 2011 you won Hangtown but consistency was an issue after that. Last year you were pretty solid all around, and now you’re saying the goal is just a podium in every moto.
Yes, the Steady Eddie approach doesn’t work all the time. Sometimes you have to just twist it! I feel pretty confident coming in, but I don’t know exactly where I stand since I haven’t seen many other people ride, I guess that’s the downside since I didn’t really ride any public tracks until the last two weeks. So I’m coming in kind of blind. But I’d rather come in blind rather than knowing I was behind or something.

So do you really know if you’re okay?
No! I’m coming in blind!