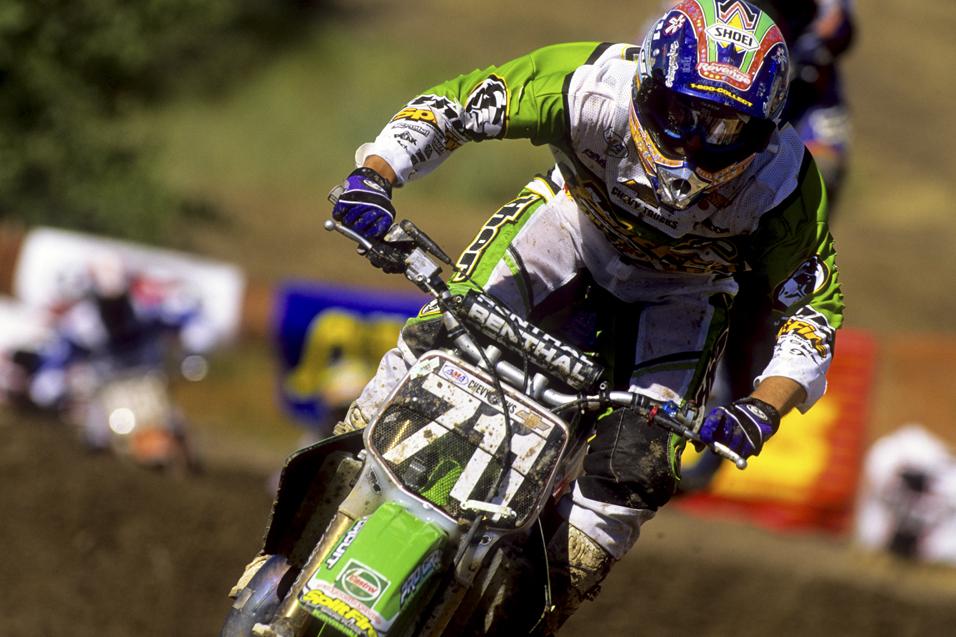 May 14, 2013 1:00pm
by: Aaron Hansel
Before Tallon Vohland became the Sales Manager for Acerbis USA, he was a world class racer who won races at the highest level, both in the United States and abroad. With Hangtown, Vohland’s old home race, just a few days away, the timing for a Racer X Rewind with the 711 couldn’t be better. Enjoy!

Fans in Europe are crazy, especially in Germany. They have these guys that bring chainsaws to the races. They take the chains off, and they take the silencers off and replace them with loudeners. Loudeners! They put these huge, I don’t even know, homemade things that make the saws even louder and they just run them wide open during the races. They are crazy, especially for the home riders, so I started changing my butt patches to get support from locals. When I went to Spain I was Tallon Vohlando. In Holland I was Tallon VanVohland. In Italy I was Tallon Volanksi and in Poland I was Volowski. I was trying to get the locals to cheer for me. ‘Who is Tallon Vohlando?’ ‘I don’t know man, but he’s fast! Go Vohlando! Go Spain!’

On Training with Mike LaRocco

I had a really good year in 1990 and got a factory ride with Suzuki. I had my own box van, mechanic, per diem money, it was a dream come true. In those times, to have your own box van was big. That’s what you looked for in a factory ride! Anyway, I kind of buddied up with Mike LaRocco because we were both hard trainers. We were up in Washougal and we were out for a jog, and we came up on this guy that was jogging all funny. The way he was bouncing while he was jogging made him look like a gazelle or something weird. So Mike and I looked at each other and we were like, ‘Hey let’s smoke this guy.’ So we start picking up the pace, and he started picking up the pace with that weird, goofy style. So now we start really picking it up, and this guy is just hanging right along with us. Pretty soon, after a couple miles of pretty much sprinting trying to kill this guy, we were done and he just kept on going and we never even saw him again. He had to be like a triathlete or something because he killed us! It was funny because the way he was running, he looked ridiculous, but maybe that’s the technique we needed!

There was a big race in Northern Italy I used to do, and I had this crash on a really fast double. My bike went completely sideways and I went spinning out of control. My body cleared the double and I landed backward on my knees and skidded down the backside of the jump. It was a miracle or something. It was one of those ones where you think you’re dead and it didn’t even scratch me. 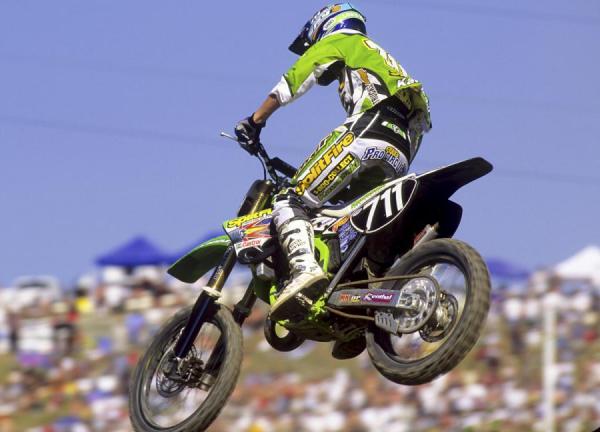 One year in the early ‘90s my brother [Tyson Vohland] and I were both riding 125s. I was doing the East Coast, he was doing the West Coast. So we showed up, and at that time, there were two or three rounds that mixed East and West. At the first round of the West, in Houston, we ran one and two all the way to the finish. Jeremy McGrath passed Tyson with about a half a lap to go, but we were both on the podium racing against guys like McGrath, Buddy Antunez, Bryan Swink, Jeromy Buell, Denny Stephenson, Steve Lamson, everybody. It was gnarly. He was leading the West and I was second in the East. It was pretty cool.

On Racing the GOAT

In 1999, after Daytona, I basically quit racing. I was battling the bike and coming up short on triples. I’d already had a pretty long career, it started in 1989, and when I pulled off I told my brother Tyson, who was also my mechanic, ‘That’s it, I can’t take it anymore.’ So I called it, went home and sat for a few weeks. But then I started thinking. The one thing that I had in my contract that I had negotiated when I came back from Europe was factory suspension from Honda. Long story short, I sat around a couple weeks and went into full training mode. When you work that hard at something, there’s almost no denying you. You’re going to get good results, as long as you don’t get injured.

When I came into Glen Helen for the start of the Nationals that year I was very prepared. Ricky [Carmichael] was a two-time champion and was kind of unbeatable. Well I came from like ten seconds back and blew right by him and the people went crazy. I lived for like two years off of that pass! Then at Hangtown, my home track, I did really well. I was fully focused, and I beat Ricky in the first moto. I was so focused I was just tuned in to wherever his bike was. I was taking his lines away and doing whatever I needed to do to stay ahead of him. We were wide open too, obviously. If I remember right we were turning faster lap times than the 250s! We were riding at the top level. During that moto a wasp somehow got inside my jersey and was flying around and stung me three times! Ricky still kicked my butt in the second moto though.

It was funny. Tyson and I had a plan that year on how we were going to attack the championship, and having lived in Europe, I was an excellent sand rider. I even won the Dutch Championship. So my plan was to get to Southwick and I was going to kick everyone’s butt. But to be honest, Southwick is like hard-pack compared to what I’d been racing. But I was still anticipating sand, and I got my butt killed! Ricky killed me! It was horrible, he smoked me by like thirty seconds in both motos; I was really bummed and the whole strategy went out the window. Then it ended up being a mud race the next race and I kept pounding away and won the first moto and he DNF’d, and that was 25 points right there! It was funny. We thought we were just waiting to kick his butt at Southwick, but he smoked us. Then we beat him at the next race!