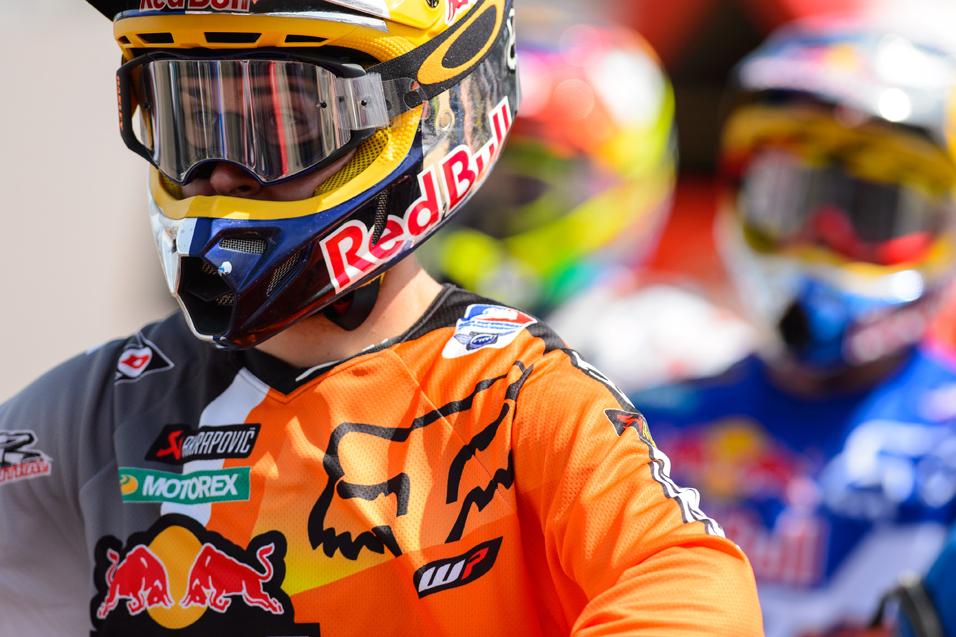 The Breakdown Through the Eyes

Daytona is one of the more unique races on the circuit. The sand whoops, ruts, and grass sections make for a different track than any other. An outdoor-type venue with the speedway setting also sets it apart, while Bike Week gives it a completely different atmosphere from start to finish. For the riders, “Daytoner” is the most physically demanding race and requires some revisions in bike setup. With all of these differences, I thought it would be fun to take a look at what I imagined to be going through some of the racers’ heads at various points of the race. Remember, these are just my opinions and thoughts and I am not a particularly bright individual.

Ken Roczen (1st): Danke Schoen for the lead, RV. This class is easy.

Ryan Villopoto (3rd): I holeshot then go off the track? Real smooth, champ. Now I have to pass Barcia. Awesome. Lots of time, though, and this track is going to look like Chernobyl by halfway.

James Stewart (6th): Really would have liked a better start, but let’s try to jump a wall or something here ASAP.

Eli Tomac (9th): Is Roczen really winning? He’s almost as gnarly as my dad. This track is rougher than it looked on TV! 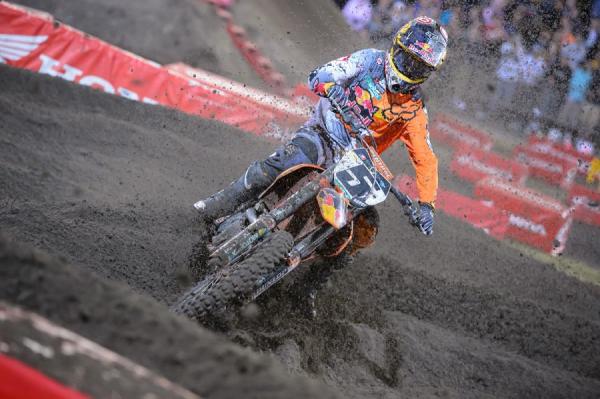 "This other Ryan is really starting to piss me off." - JT$
Simon Cudby photo

Ryan Dungey (3rd): This other Ryan is really starting to piss me off.

Trey Canard (5th): Did anyone see that save in the heat race?

Davi Millsaps (12th): Mayday! I need a red flag ASAP. Anyone feel like helping me out?

Justin Barcia (3rd): Dungey passed me, but a podium at my first Daytona 450 race isn’t so bad. Stanton won here four times in a row, though, so I’m sure I’ll hear about it.

James Stewart (7th): I can’t jump this stupid wall and I already crashed once. Halfway?! Crap.

Chad Reed (8th): Stupid Tuff Blox. I already passed all my mates once and now have to do it again? Bugger.

Mike Alessi (16th): Man down! When is Hangtown again? 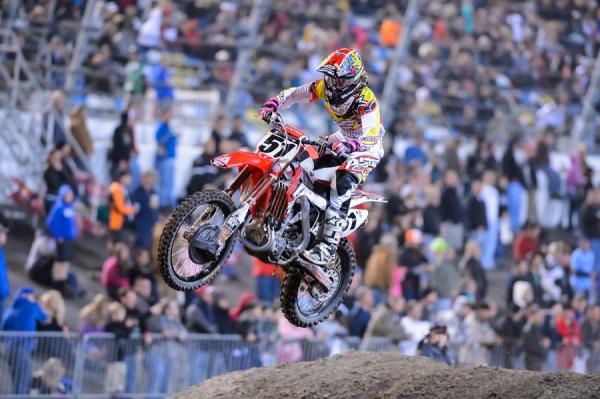 "Dungey passed me, but a podium at my first Daytona 450 race isn’t so bad. Stanton won here four times in a row, though, so I’m sure I’ll hear about it." - JT$
Simon Cudby photo

Ryan Villopoto (1st): The Dunge is back there, but we’re all good. I like Daytona.

Eli Tomac (4th): This is a little more like it. I got to pass Ze German also! Bonus!

Davi Millsaps (10th): Really wish I could get a few of these guys but it’s just not happening.

Matt Goerke (12th): That crash really blew my night but I can get Short if I push here.

Weston Peick (18th): Hey, Kiniry, you wanna finish this for me? 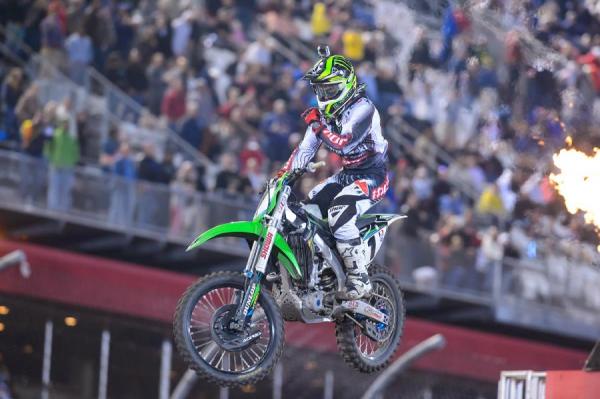 Chad Reed (5th): Had a chance to be up front tonight but just wasn’t meant to be.

Trey Canard (6th): Wasn’t bad but wanted more. Did anyone see that save in the heat race?!

Ken Roczen (7th): The beginning was more fun than the end. Felt good to lead, though!

James Stewart (8th): I am better than this.

Andrew Short (12th): One of those nights. Can Indy be tomorrow?

Josh Hill (15th): Goggles are underrated and this track is a rough mofo.