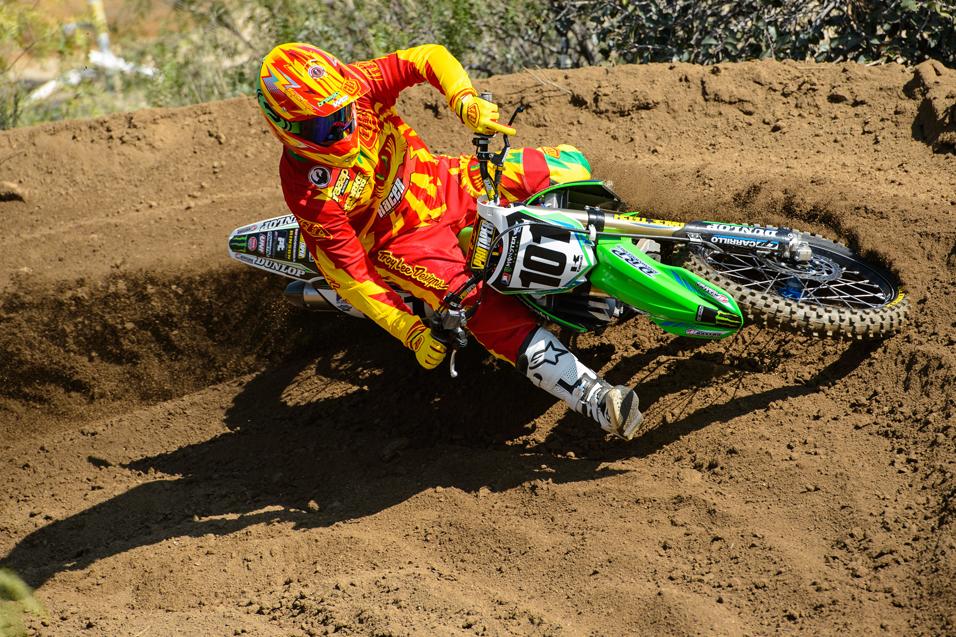 I was thinking with MX needing a boost to hopefully bring more fans, money and exposure to the sport, we need to do what a lot of other sports have done. We need to send a washed up MX star to Dancing with the Stars show! And since us white guys can't dance worth a crap...I think we should send you!

What do you think? Could be good for mx and fun for you, although I have never seen this show they talk about...

Yeah, right… sure you’ve never seen it. You sit there and watch every rumba, samba, tango and mambo until you can almost see yourself in one of those sparkling outfits, which are so tight that anyone watching could correctly identify your junk in a lineup. Pervert. I’ve caught a few episodes as I too have been drawn in by the rhythmic stylings of Juliana Hough and Chad Ocho Cinco on the dance floor. I’d love to represent the sport and make an appearance but the only thing that gets me on the dance floor these days is a couple rum-and-cokes and at that point the only thing I’m a good ambassador for is sobriety. I think Windham is a better choice for this and I’ll pass along the request.

Hope all is well.  Wondering your opinion on Millsaps…The kid rode Suzuki most of his younger career and now he’s back on the yellow machine.  Do you think that sparked his new found confidence / points lead?

Do I think that having a yellow bike under him has somehow allowed him to go more than ten laps without doing a slow fade to middle of the pack? No. The Suzuki 450 is a great bike but it’s nothing like the RM125 he rode to a supercross title all those years ago. His newfound confidence was brought on by long bicycle rides, sweat, lifting weights, more sweat and laps at the practice track until the sun goes down. There’s no easy way to earn it. I’m sure his growing family has had something to do with it and the fact that he has a good team around him that fits his personality. I think Ezra Lusk has played a part in it as well… Yogi drug him out of bed all off-season and shaped him into the athlete he has become. Kudos to Davi, the Rockstar team, Ezra and everyone else involved in that effort; this is their title to lose.

Are they going to make the podium down to fourth place now? The last two weeks James Stewart was lucky and got fourth and they interview him on Speed like he won. I always thought when you got fourth you rode your ass back to the pits and figured out how to go faster next week, not treat it like a victory. Do you think R.C. would've hung out to get interviewed after getting fourth? Man I miss that guy.

I’m guessing you are one of the crap bags who boo’s James during opening ceremonies? Look, hate James all you want but don’t twist things around. James didn’t pull off the track and ride over to the podium to try and get someone to interview him. He was stopped by the television crew and asked to do an interview. If he declines and rides back to the pits you would call him a sore loser and a d#^k. If he stays and does the interview he is somehow a pansy for not storming back to the truck to marinate in his anger. MAKE UP YOUR MIND! I’m not saying you have to like James but show some respect to a multi-time champion who can still go out with torn up knee and put down the quickest lap times of the night.