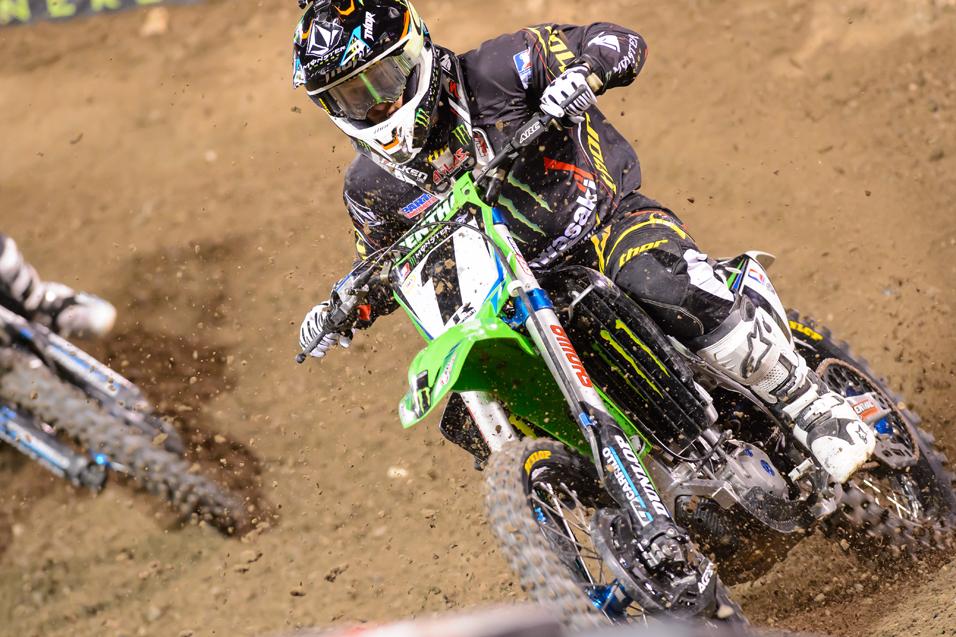 Rookie Debut
Three exciting new rookies will make their supercross debuts this weekend in Dallas - Jeremy Martin (brother of Alex), Zach Bell and Justin Hill (brother of Josh). All three have shown big potential in the amateur ranks, and in the limited time Bell put in at the Nationals last year, he showed that he’s got plenty of raw speed on tap at the pro level as well. How will these rookies fair on their big night in Dallas? – Aaron Hansel

Class Jumper
Love him or hate him, you’ve got to admit that the controversial Vince Friese has done pretty well so far in 2013. After qualifying for five of the first six rounds of Monster Energy Supercross, Friese will now make the jump from the 450SX class to the Eastern Regional 250SX class, something he and Tuf Racing had planned since before the start of the season. Will Friese be able to adapt to the 250 fast enough to be competitive in Dallas? – Aaron Hansel 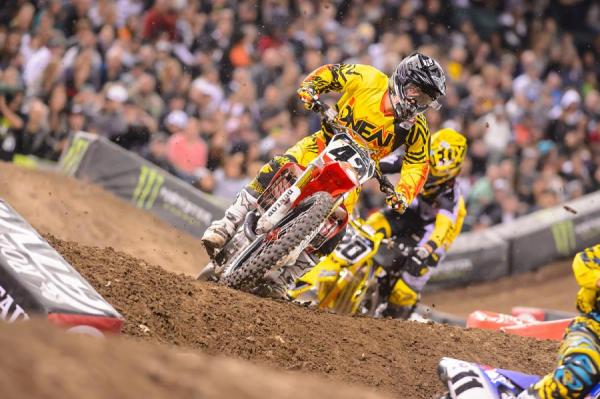 Vince Friese will be racing the 250 East Region after beginning the year on a 450 out west.
Simon Cudby photo

Josh Hill
An eighteenth place finish would’ve been considered a terrible result for Josh Hill a few years ago, but after several injury-plagued years (and not racing a single supercross main event since 2010), just putting the Dodge/Sycuan Suzuki in the show has got to make Hill happy. Now that he’s got that first race out of the way and knows the pace, how will this past supercross race winner do this Saturday night? – Aaron Hansel

Second Time Around
Marvin Musquin did very well in his first attempt at Monster Energy Supercross last year. He took four podiums, three of which were second places, and finished third overall in the points. Now that he’s got some experience under his belt, Musquin is expected to be a title contender in the Eastern Regional 250SX series. Will he live up to these expectations when the gate drops in Dallas? – Aaron Hansel

LaMayn Event
Rock River Racing’s Ben LaMay broke through in San Diego to make his first supercross main event of the year. LaMay probably would have liked to place a little higher than nineteenth, but it’s better than the mechanical DNF he suffered in the last main event (Oakland 2012) he made. With the series now heading to Texas, LaMay’s current state of residence, will he make his second consecutive main event of 2013? – Aaron Hansel 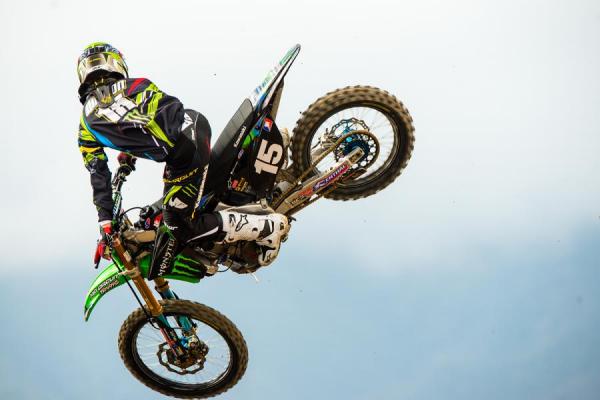 Is 2013 the year for Dean Wilson?
Jeff Kardas photo

Wilson's to Lose?
After a off-season filled with turmoil, team and bike changes, Dean Wilson is back on the 250 and back with Monster Energy/Pro Circuit Kawasaki. The 2011 250 outdoor champion is the early favorite to lock in his first SX title on the East, but will face a stiff challenge from the likes of Marvin Musquin, Wil Hahn, Blake Wharton and others. Will Wilson kick start his title campaign with a win at the opening round? - Chase Stallo

Going Streaking?
Monster Energy Kawasaki rider Ryan Villopoto's 2013 season has been a mixed bag thus far. It has been filled with wins, crashes and atypically inconsistent results. Yet, you would be hard pressed to find anyone that doesn't think the two-time defending champion can't reel off three or four wins and climb right back into the title chase. Will RV's run to a third straight title begin this weekend in the House that Jerry Built? - Chase Stallo

Key to the Race
To steal a line from the great Jeff Emig, the key to the race in Dallas will be ... starts. Only once this season in 450SX has a rider come from outside the top two off the start (Villopoto started sixth at A2) and gone on to win the race. In a parity driven field -- four winners through six rounds -- starts have become even more important in 2013. Will the top two off the start again provide the race winner in Dallas? - Chase Stallo 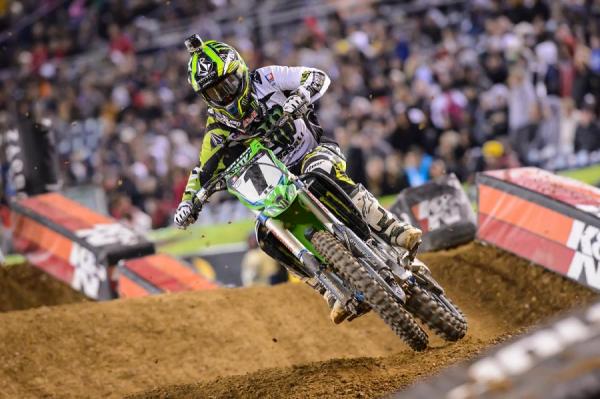 Can RV start a streak this weekend in Dallas?
Simon Cudby photo

Now or Never
Aside from Dean Wilson, Rockstar Energy Racing's Blake Wharton will be the only rider on the 250SX gate in Dallas who has ever stood on the top step of a supercross podium –- Blake has two career wins to his credit. Wharton has always been consistent -- four straight seasons in top five in points -- but has yet to really establish himself as a title contender. Will 2013 be the year Wharton finally makes a run at a title? - Chase Stallo

Men Down
The 2013 250SX East Region kicks off this weekend in the Big D with a number of title contenders on the sidelines. Monster Energy Kawasaki's Darryn Durham is still recovering from a severed Achilles and is expected to miss a few rounds. GEICO Honda's Justin Bogle (broken right scaphoid and dislocated left wrist), Rockstar Energy Racing's Nico Izzi (torn ACL) and Eleven10 Mods Yamaha's Alex Martin (wrist) are all expected to miss significant time as well. The door is now open for someone to step up and claim their positions atop the food chain. Who will be said rider(s) to fill their spots in the standings? - Chase Stallo