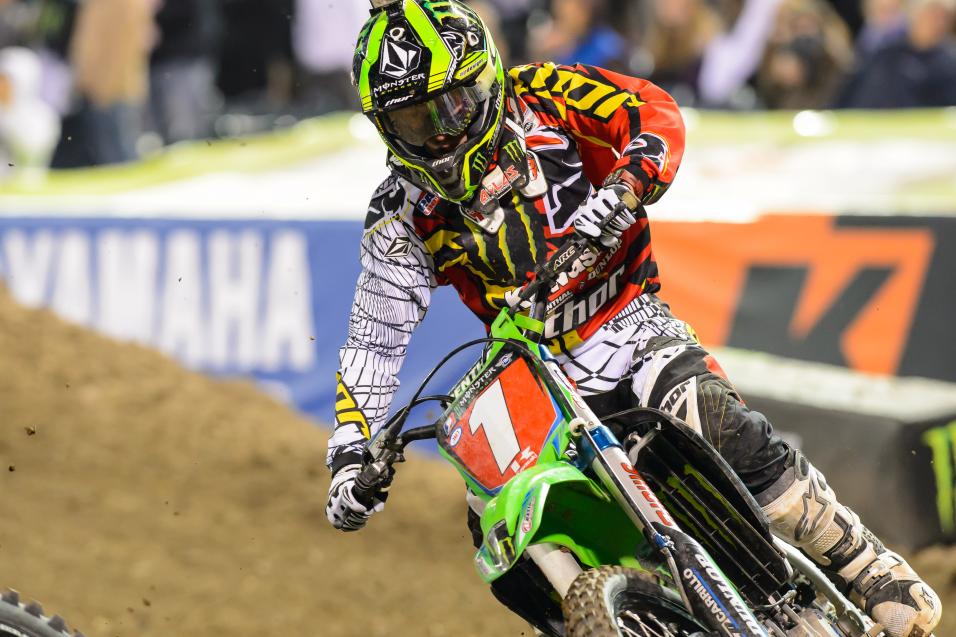 When Ryan Villopoto went down at Anaheim 1, the old stats came back up. How far back can a rider finish at the opener and still manage to win the title?

Two seasons always stand out. Ricky Carmichael finished 20th in Anaheim in 2002 and came back to win it all, and James Stewart took 19th in 2009 and managed to still become number one. But those were long, uphill slogs for RC and Bubba. Villopoto took 16th at Anaheim this year, but his comeback has been comparatively easy so far.

We’re not even a third of the way into the year, and RV is already third in points, down just eight points to leader Davi Millsaps. Millsaps has ridden very well this year, but Villopoto has gone 2-1-1 since that crash-filled A1 race. There’s a realistic chance he could be holding the red plate again quite shortly—anything can happen in racing, but it seems much more a matter of when, instead of if, right now. 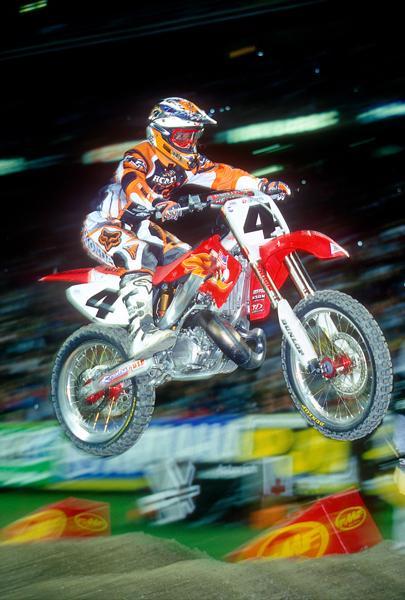 Carmichael was able to overcome a 20th in the season opener in Anaheim in 2002 and still win the title.
Simon Cudby photo

When Carmichael went over the bars at Anaheim 1 in 2002, it looked fairly hopeless. At that point in time, no one had ever finished worst than seventh at round one and come back to win the title. Worse, Carmichael struggled through a few other sub-par races while shaking off the crash. But he was aided by injuries to his main challengers. Mike LaRocco, Travis Pastrana and David Vuillemin were the fastest racers at the early rounds, but all succumbed to injury. Pastrana actually crashed into LaRocco one week and basically ended both of their hopes, and then Vuillemin busted his shoulder doing a TWMX photo shoot before Daytona. At about the halfway point, RC’s title picture became clear.

In 2009, Stewart finished 19th in the season opener but was still able to win the title.
Simon Cudby photo

In 2009, James Stewart crashed in the whoops with Chad Reed (sound familiar?) and ended up 19th at Anaheim. He rallied back to win the crown. Stewart had no trouble winning races, and he launched an immediate seven-race win streak starting at round two. His biggest trouble was Reed’s consistency, as the Aussie’s podium finishes prevented Stewart from making up huge chunks of real estate. It took Stewart about half the season—eight rounds—to get the points lead, but then Reed won two-straight to get it back, leading to a knock-down drag-out title fight down the stretch. Stewart won the title by four points.

Villopoto is having no such trouble, so far, and in fact the riders considered to be his main competition when the season began—Stewart, Reed, and Ryan Dungey—are already behind him in points. For that, you can credit not only his strong comeback, but also the depth of talent. Behind Villopoto, riders are stealing points away from each other every week.