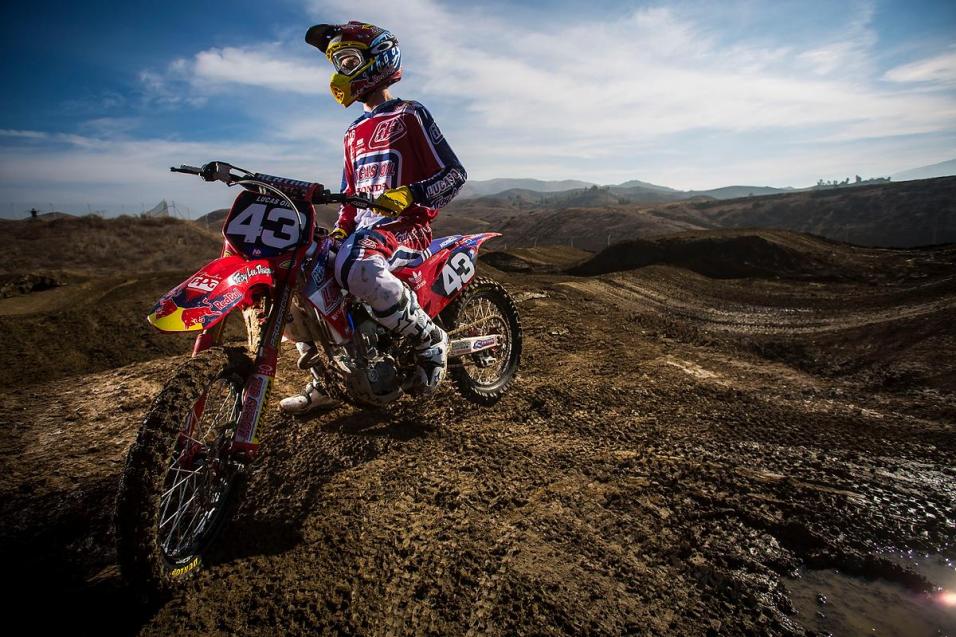 Cole Seely had an up-and-down season last year. He started with a win and the red plate in the 250 west championship and ended it with an injured kidney at the Salt Lake City supercross that put him on the sidelines for the rest of the summer. Always the underdog, we checked in with a guy who may be a little under the radar but who will absolutely be a threat to win this Saturday night.

Racer X: I was going to join you guys on the mountain bike ride today but the rain scared me off… how was it?
Cole Seely: It was wet. And cold. Actually, the dirt was good down in the lower sections of the trails but when we would get to the top of the hills it was so sticky it would ball up on our tires and they would barely roll. It was fun though. I always like riding with Brayton and Charles.

You haven’t actually lined up since the Salt Lake City round last year. How is the kidney?
It’s good now. The problem was the impact was so hard that it actually kinked the artery that feeds my kidney. It wasn’t getting enough blood and I actually lost function in about 25 percent of my kidney. I had to get a surgery to fix the artery because the kink was causing my blood pressure to be high. If I didn’t do something I would have been a high risk for stroke because of the high pressure. Think of it like a hose with a kink in it; the pressure behind it translated through my entire body. Anyway, it’s all good now and just glad to be riding again.

How are you feeling after all the time off?
I’m just really energized. After five months off you definitely lose your fitness and conditioning but it has made me very hungry again. I’m really driven right now and I’m stronger than I’ve ever been. 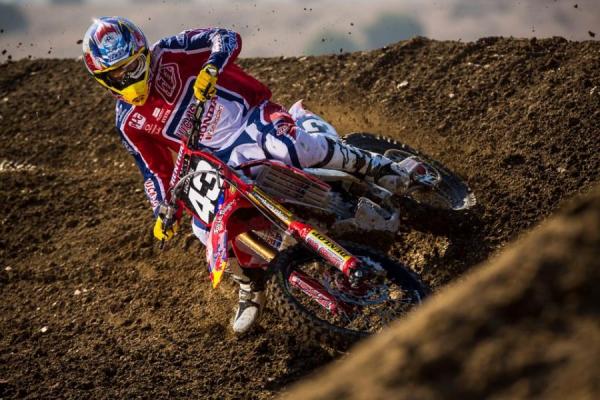 Seely returns to supercross after suffering a big injury in 2012.
Jeff Kardas photo

The west region 250 class is going to be thick again this year. Eli, Roczen, Baggett, etc… Are you confident you can be in the mix with those guys?
Yes. I’m more ready right now than I’ve ever been. I know Eli is riding well; I’ve ridden with him quite a bit at the Honda track so I know his pace and I know he’s confident. I’m the underdog going into this series and that’s totally fine with me. I feel like all of these guys have been winning all the way through their amateur careers and I’ve come into this on a very different path. I’m fine with being under the radar though. It will feel that much better when I get a win.

Your program is still pretty much the same this year, right?
Yeah, I’m still working with the same mechanic, same trainer and my group of friends around me. We have made some big improvements to the bike this year so I’m really stoked about that. Our engine and suspension package is significantly better than what we had last year. I thought our bikes were good last year so I’m excited to get started on these.

You’ve got some new things in your personal life though including a new girlfriend and a new house.
Yeah, my girlfriend is awesome. The house has been cool but moving and all the crap that goes along with it is super stressful. My agent has been a big help but it’s hard when I want to focus on riding and training and I have to do something with the house.

How about signing all those pages? Did that freak you out?
Oh, man… After the first twenty pages you just start to scribble your name and you aren’t even looking at what you’re signing. I couldn’t believe all the paperwork.

I've got to ask you… what in the world is going on with your Twitter feed? Your tweets are out there, bro. I’m starting to get worried that you’re losing your mind or something.
Ha! I don’t know. I’m weird. I just tweet stuff I see or something I’m thinking about. I saw a Jeep with no doors on the road the other day and, even though that might be the “cool”  thing to do with a Jeep, I thought it was funny. So I tweeted something like, “would it be cool if I took the doors off my truck and drove around.” It made sense to me. 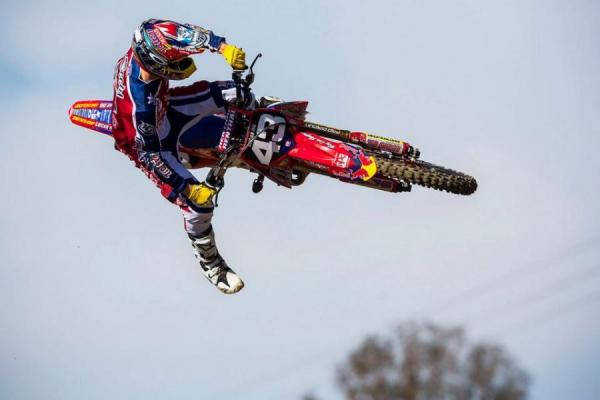 Okay, but you can see how that would seem bizarre if you didn’t get that back-story, right?
Yeah, I guess.

What are the goals for this year?
I try to just keep an open mind with A1. If I get out of there with a top-five I’ll be happy. I just want to get through the opener and get the series going. Obviously it would be awesome to win again but I’m not going to hold that over my own head. The goal for that series is to win the title. Outdoors I will be riding the 450 and I’m really excited about that. I’ve proven that I can ride a 450 well and I think that bike suits my style. I want to move up full-time in 2014 so it will be good to get a summer of motocross under my belt. I’m not really sure what my goals are there yet. I’m keeping an open mind and just going to do the best I can and see where I end up. I think my goals will adjust as the series goes on.

Thanks for the time, Cole. I think it’s going to be a great year for you. See you next week.
Thanks, Ping.