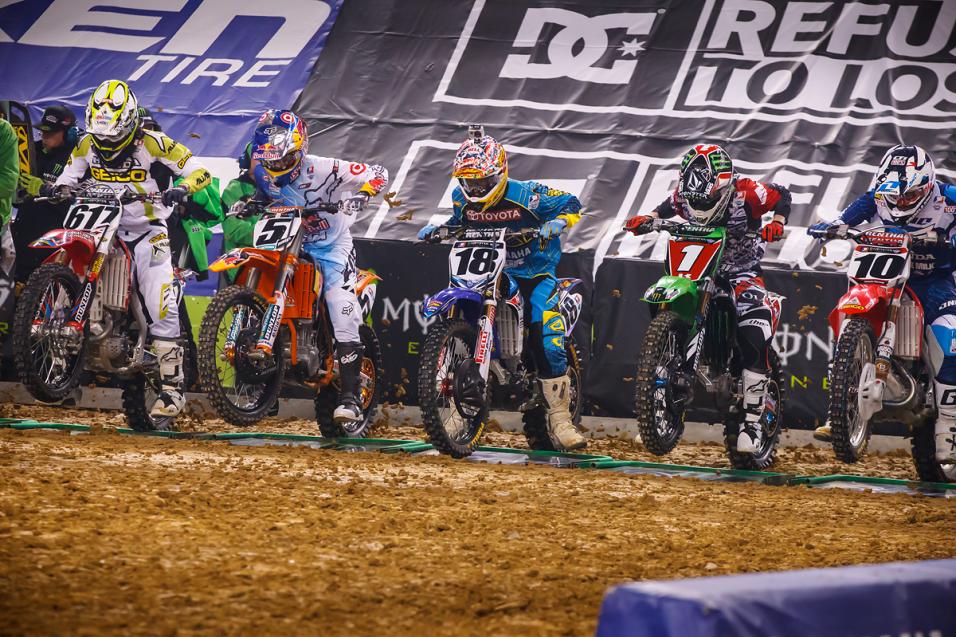 Hello, everyone, and welcome to the Rev Up. Only a few days remain in the year and I always like to take some time to reflect. I go back to the first prominent memory I can think of from the year that is passing and try to immerse myself into that spot. At the beginning of 2012 I was aboard a plane flying to a dirt late model race in southern Georgia. It was a crisp, clear day and you could see for hundreds of miles. All of these plumes of smoke were rising up from the ground and I asked the pilot through the headset what was causing them. He replied, “They’re just random fires. You always see dozens of them from this height just sparking up here and there.” I remember it being somewhat unsettling while creating a realization that the world is an enormous place and a lot goes on that we never see. Thinking about that I went through the months and slowly began to recall things I did see. Man, I saw a lot, but one thing I took more notice of than ever was new born babies.

Check this out. In my little bubble, my youngest brother Casey became a dad for the second time when my niece Blakely Lee Bowyer was born on November 30. Also, two dirt race car drivers, and the business manager that my brothers employ all had babies born within the last 90 days. Along with that one of my all-time best pals Brett Conley and his wife had their baby boy, Cash Conley, enter the world last Friday. In addition to those five newborns my friends Juan Pino and Matt Klug (Ricky Carmichael's PR man from his NASCAR career) also became fathers in recent days and weeks. I know there is more I’m leaving out, in fact so many I just can’t believe it... 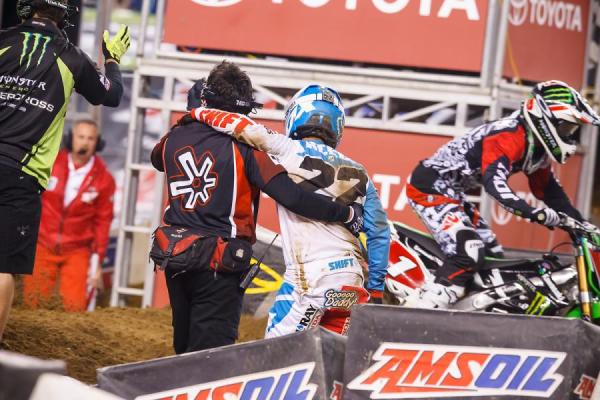 For Chad Reed, among others, 2012 was a year full of frustrations.
Simon Cudby photo

This Christmas was very special and the last one of its kind for me because of a couple reasons. First off, my nephew Lincoln is three and it was the first Christmas that he really “got.” We snapped a picture of him holding his new sister in the Lightning McQueen chair Santa brought him and it just made me melt. Secondly, it was the last Christmas I’ll ever experience not being a father as my beloved Mandy and I are expecting our daughter to arrive January 20th. While soaking in this I went back to my first memory of 2012 riding in the plane and seeing those fires beneath me, so beyond my awareness, reach and control. I think motocrossers struggle with things beyond their control more than most. It struck sharply that my first memory of the year was an ominous one, and the last was warm and loving.

I kind of think this mirrors the 2012 motocross and supercross seasons in reverse order. We saw as much or more promise as any season in American motocross history, but injuries would be the story of virtually all of the championships. All of that bright new promise ultimately ended in a crushing defeat at the MXoN. The year produced unprecedented highs and lows. In my opinion, it wasn’t the greatest of seasons and I wish the winds of good fortune would have been blown more generously for motocross. But, 2012 has come to pass and it is time to begin anew.

All of the boys will be starting fresh. The points are set back to zero across the board and it is the only time of the year where championship hopes and dreams are at their absolute peak. The turn of the new year and racing season is freshest and most electric moment of the 365 sunrises we get. The wonder of the unknown makes it such. How fast is James Stewart going be on the Suzuki in supercross? Nobody knows yet. Can the injury embattled Chad Reed and Trey Canard come back and be as fast as they were when they went down? Maybe faster? Will the new blood step up the pace, or will the defending champion come out and prove that the lead pace is whichever one he decides to set? How will the Loretta Lynn graduates fair in the rough and tumble indoor series? The fires they cannot see are out there and everyone will have to race their way through them. The opening battle of 2013 is merely days away. 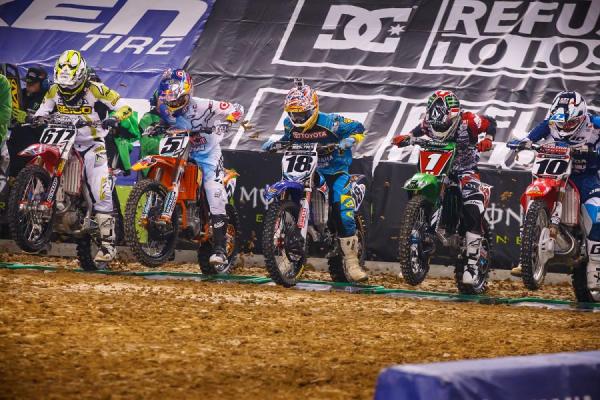 In closing I hope reading this has prompted you to take an extra moment to reflect on your year. Try to remember your first memory of 2012, and think about the things you did right and wrong since then. We all want a better world to bring new life into and the best chance for that is to start with ourselves. We are the only things we can control. If we work hard and honest on being the best we can be, the rest can only fan upward and outward. This year left me with an impression that life is an amazing gift that we need to be grateful for and never, ever give up on. I truly wish all of you the best in 2013.