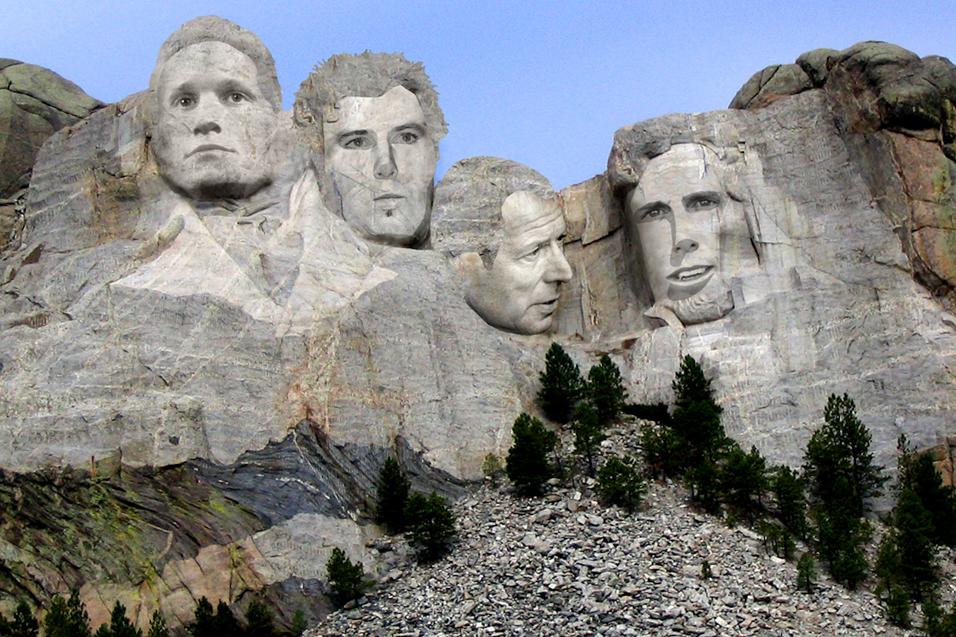 Advertisement | Advertise with Us
Election Day is mercifully upon us in America, which means we are just hours away from digging our way out from under the avalanche of attack ads, Super PAC commercials, hate-spewing bloggers and talking heads, and a general farewell to the madness (or at least we hope). But we have one more poll to run past you: A list of the best motocross names among the U.S. Presidents that have been a part of our nation's history, going back to George Washington ... Okay, none of them apparently ever raced motocross, and none of them likely will until Gov. Jon Hunstman runs in 2016! So we're using names from motocross related to our real past presidents to list the best presidents on 12-man Starting Gate of the Americas...

12.) Andrew Jackson (1829-1837)
While we know there are fast Trumans, Tafts, Harrisons and more out there, we will start our list with President Andrew Jackson, who you will find on your $20 bills. He is considered the first “citizen president” because he represented the common man more than his predecessors, though he was a hero in the War of 1812. “Old Hickory” lived much of his life away from Washington DC in Nashville, Tennessee, and you can visit his home “the Hermitage” on the way to Loretta Lynn's next summer. As far as fast Jacksons go, there's been a bunch, including the great Doug Jackson of Kentucky, but for this list we will go with one-time Team Green minicycle superstar Junior Jackson of Moline, Illinois. If he had not snapped his wrists right when he was getting ready to make his big splash in the pro ranks, he (and President Jackson) would be higher on this list.

[Check out Junior Jackson in The Vault]

11.)  Jimmy Carter (1977-1981)
Jimmy Carter did not have a good run as U.S. President. He came in as Washington DC was still in ashes over the Watergate Scandal, and he badly played the U.S. Grain Embargo against the Soviet Union (doubling down on the situation by boycotting the 1980 Olympics in Moscow). He was also at the helm of the U.S. Hostage Crisis in Iran, which was enough to help make him a one-term president. Scott Carter of Manchester, Connecticut had more good years than President Carter, and certainly more good days at his beloved Southwick MX-338!

[Check out Scott Carter in The Vault] 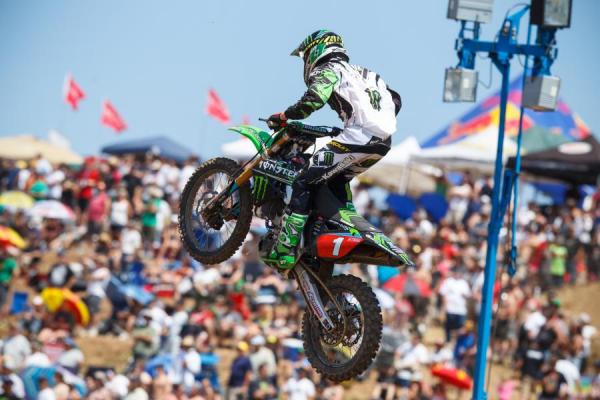 10.) Herbert Hoover (1929-1933)
If you were ever going to pick a bad time to become U.S. President, just before the Stock Market Crash and the Great Depression would probably be on the podium. U.S. President Herbert Hoover had the misfortune to get the gig right then, and his time in office was overshadowed by the country's economic woes. And for a fast Hoover, we had to go up to Canada and grab former pro Doug Hoover—and our man Matthes of course delivered a paragraph about him in less time that it took you to read this sentence!

Doug Hoover was a star in the 1980s in Canadian motocross. Nicknamed the Sweeper for the way he rode a 125, Hoover enjoyed years and years of success in Canada riding a Machine Racing Honda, tuned by John Nelson and then later, a Yamaha. Doug was a consistent top-five rider and had many U.S. national numbers (four to be exact, lowest was #72) and his claim to fame in Canada might be that he was one of only two riders to beat Ross "Rollerball" Pederson for a national title from 1982 to '87 (three classes per year were up for grabs) when he won the '85 125MX title. Hoover would go on to also win the '88 500 title as well and hung his boots up shortly after that. The Sweeper will never be forgotten up in Canada.

[Check out Doug Hoover in The Vault]

9.) Franklin Pierce (1853-1857)
Franklin Pierce was U.S. President at a very difficult period: the years before the North and the South became so polarized that they erupted in Civil War. But he did help open the Western frontier to more settlers, much to the chagrin of the actual Native Americans. Kippy Pierce the motocross racer was one of the finest out of Florida back in the Sunshine State's first golden era, when guys like Monte McCoy, Kenny Keylon, Steve Martin, Keith Olerich, Karl Jordan, Mark Murphy, Todd Hempstead and more were battling it out on the rough sand tracks of the Florida Winter-AMA Series.

[Check out Kippy Pierce in The Vault]

8.) Zachary Taylor (1849-1850)
Zachary Taylor was a war hero before he took office, fighting in both the War of 1812 and the Mexican War. His time as U.S. President was neither long nor filled with many accomplishments—he died after eating spoiled milk and cherries, which led to cholera. That puts a damper on this listing, but Rich Taylor—fastest of the motocross-racing Taylors we know—had a long career as a top privateer, and then a magazine test rider, and now the owner of EKS Goggles.

[Check out Richard Taylor in The Vault] 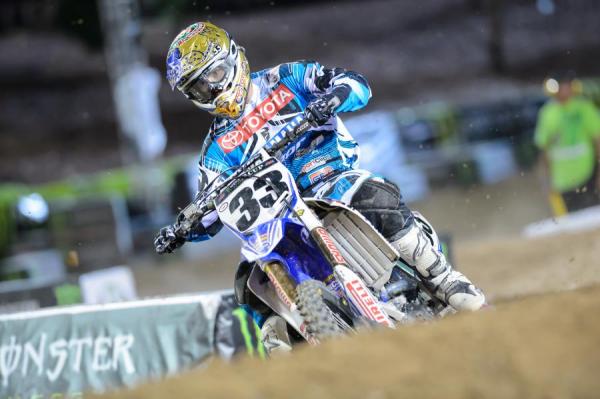 7.) John Adams (1797-1801)
There were two presidents named Adams, father and son, and a few fast motocrossers named Adams. Adams Sr. was one of the architects of the United States of America, a founding father of our country and a driven politician. Which brings to mind one of amateur forefathers of motocross, Ken Adams of West Grove, Pennsylvania. This Adams won the 1975 AMA Amateur National Championship—the pre-Loretta Lynn's one in Baldwin, Kansas—in the Open class, and on a stock CZ 380!  Ken Adams had a decent pro career, but not as good as the 125 Class winner that year in Kansas: Mark Barnett. He also had a nice run as a pro through the late seventies.

[Check out Ken Adams in The Vault]

6.) Thomas Jefferson (1801-1809)
One of the smartest, most talented statesmen to ever live was Thomas Jefferson. Another one of the architects and heroes of the nation during it's infancy, Jefferson's accomplishments are too numerous to list here, so we'll just mention the Louisiana Purchase, Mount Rushmore and check out a $2 bill, if you can find one. In motocross, Andy Jefferson hails from Victorville, California. He was a ground-breaker as the first African-American factory rider (Husqvarna) and a truly fast man—and for a very long time! Add up Andy's speed with Thomas Jefferson's accomplishments and they make this list with ease!

[Check out Andrew Jefferson in The Vault]

5.) John Quincy Adams (1825-1829)
For #5 on our list, we will match up the 6th President of the U.S., John Quincy Adams, who's greatest achievement may have come before he was president, but rather Secretary of State for James Monroe, when he helped push through the Monroe Doctrine for his boss. Troy Adams the racer is from Brooksville, Florida, and his claim-to-fame was a solid journeyman career, during which Troy had podium appearances while racing 125 supercross as well as a 125 outdoor national.

[Check out Troy Adams in The Vault]

4.) Lyndon B. Johnson (1963-1969)
LBJ became U.S. President in the hours after John F. Kennedy was shot in Dallas, November 22, 1963. He did his best to push JFK's Civil Rights goals through, as well as his hopes to put a man on the moon. But he was also caught off guard by the growing mess in Southeast Asia that would become what we now know as the Vietnam War and decided not to run for re-election in 1968. Casey Johnson had a decent career going and seemed destined to win the 1999 125cc West Region Supercross Championship before he got landed on at Anaheim 2 and suffered a badly broken arm. He never quite get back to where he was and his window for a championship soon closed.

[Check out Casey Johnson in The Vault] 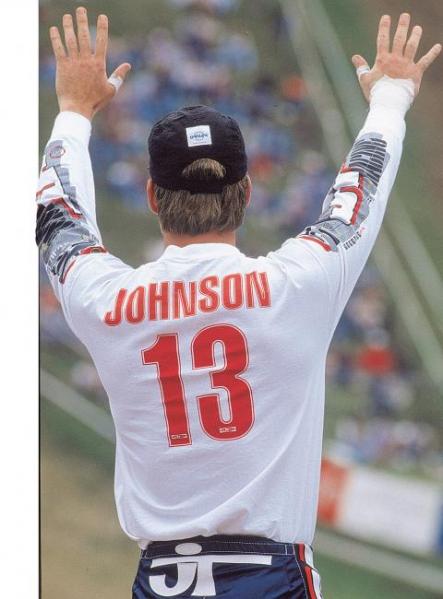 3.) Woodrow Wilson (1913-1921)
Woodrow Wilson ran the show during America's rise to becoming a global power in the ashes of World War I, when the major powers in Europe—Great Britain, France, Germany—were left almost bankrupt from the first industrialized war, where the evolution of weapons clearly surpassed old-world strategies of warfare. As U.S. President Wilson tried to put the whole world back on the right track with his League of Nations concept, but within twenty years Europe was back at war again.

Dean Wilson had a great year in 2011, winning the Lucas Oil 250 Motocross Championship, but 2012 was mostly lost due to a shoulder injury. Then he signed up with a team (Jeff Ward Racing) that seems to be stuck in the starting gate. But while he's not actually eligible to be U.S. President (Dean was born in Scotland) his work here in motocross has been exceptional.

[Check out Dean Wilson in The Vault]

2.) Ulysses S. Grant (1869-1877)
As a general in the Civil War for the Union, U.S. Grant was known for his philosophy of “total war.” As U.S. President during Reconstruction, his cabinet was almost a total mess. So we'll compare his tenure in the U.S. Army rather than as President to Josh Grant's career, because JG33 has proven himself to be a “total rider” and he's proved it over the years with wins both indoors and outdoors, in both the 250 Class and the premier 450 division. That makes Grant the second-best President on our list.

[Check out Josh Grant in The Vault]

1.) Andrew Johnson (1865-1869)
The older of the Johnson presidents, Andrew Johnson had the dubious of taking over for Abraham Lincoln when arguably the greatest of presidents—the man who held the country together through the Civil War—was assassinated right at the end of the war. Andrew Johnson's time as U.S. President was not that great, but Rick Johnson's time as the best rider of the eighties makes him #1 on this list. Johnson won dozens of races, seven major titles and he helped Team USA win the Motocross of Nations several times.

[Check out Rick Johnson in The Vault]