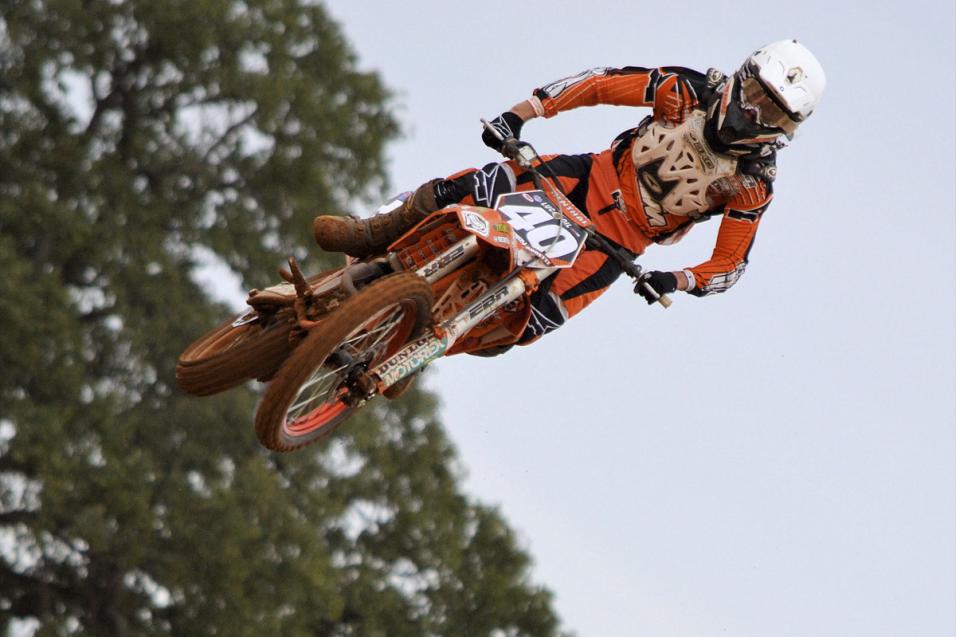 The fourth annual Race for Cancer at River Valley saw a wave of orange as the Munn Racing KTM team swept in. Gannon Audette finished the best of the entire team, claiming the top spot on the podium for three of his four motos. Though he won in Texas, Audette suffered an uncharacteristic season this year. He got injured right off the bat in supercross, taking him out for the entire season. He rejoined the professional scene five rounds into the outdoors, but struggled to regain his footing. Now facing the off-season, he hopes to train enough to redeem himself in 2013. We called up Audette to find out what happened this year and what his plans look like for next year.

Racer X: Give a quick recap on how 2012 went for you, both indoors and outdoors.
Gannon Audette: [Sigh] I don’t know. It wasn’t the way that I wanted it to. It didn’t start off good. I had a really good off-season for supercross and then went in to Dallas and ended up breaking my wrist. That set me back a little bit. I didn’t come back until outdoors, at Budds Creek. Then it wasn’t the way I wanted it to be, just my results. I don’t know. It just wasn’t clicking, I guess, and going the way I wanted to. I don’t know. I have no explanation for 2012.

You came off of 2011 with fifteenth overall in outdoors and thirteenth overall in supercross, then went to a season where, like you said, you just weren’t yourself. Is there something that you did to keep yourself going throughout the season?
Well, after I broke my wrist, I was just sitting at home, doing nothing, just training as much as I could still. I came back and I had to rush right into outdoors. I don’t really know why I didn’t get better throughout the year. Well, I got a little bit better throughout the year, but nothing like I wanted to at all. I don’t know. Audette has been building his off-season program by
riding and racing at various local amateur tracks.
Sara Gillett/Fierce Fotography photo

Since Elsinore, what have you been doing? I know that you and the Munn Racing KTM team just raced this weekend and did pretty good.
Yep, after Elsinore, I went back home to Georgia and have just been riding and having fun, basically. Nothing serious, I’ve just been riding. I came down to Texas about three weeks ago and I’ve just been riding the local tracks with the local kids. I’ve just been having fun. I raced last weekend at River Valley in the money race and I won three out of four motos, so that was good. I had a really good weekend there. My last moto, my front brake actually locked up, so nothing too major. It kind of set me back, but it’s not a big deal. I’m looking forward to this weekend. This weekend’s in Swan, so [I’m] looking forward to that.

How nice was it to be with the whole team and have a race where it wasn’t too serious, but was still a race?
All these amateur races, I haven’t raced amateur races in three years, a little over that, actually. So it’s pretty fun. You still want to go out and win, but you go out and have fun. They’re a little shorter races. I think they’re 20 [minutes] plus two laps, I think. It’s just fun to go out there and race with the amateur kids and stuff and have some fun.

So what does 2013 look like for you? Still with Munn Racing KTM?
Nothing’s done yet, but we are talking to them. I guess we’ll just see how it goes. 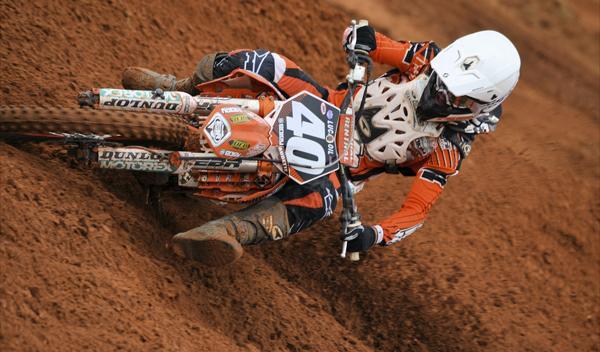 Audette looks to get back to where he was in 2011, and hopefully progress from there.
Sara Gillett/Fierce Fotography photo

What are your goals going into 2013? Obviously you want to do better than you did this year, but is there anything specifically that you want to do?
For sure better than 2012. I just want to get into supercross. I really think I might be top-ten overall, for sure. I want to be up at the front with the top guys, you know? Then in outdoors, I know I can be top-ten. I just have got to ride like myself and go out there and have fun.

You’re originally from Minnesota. Does that help to know the tracks up North? Does that give you any sort of advantage?
I don’t really think so. I raced at Millville when I grew up, but that was about it. My rookie year in 2011, that was actually the only track that I’d been to—except for Washougal—that I’d actually been on, of all the outdoor nationals. I did pretty good at Millville. I don’t know if that gave me an advantage. I think it might’ve given me a little advantage. I haven’t been to all the nationals, so I don’t know.

For the rest of the off-season, are you going to be heading back to Georgia and training there?
I’m not exactly sure what I’m doing yet, as far as that goes. We’ll just start with this weekend and we’ll go from there.

Alright, Gannon. Thanks so much for talking with us. Go ahead and give a shout out to your sponsors.
The whole Munn Racing KTM team, Ankle Savers, EBR Motors and Suspension, my mom and dad, Asterisk, Scott, Axo.