A New England boy from Plymouth Mass, who grew up riding at the early age of three, soon could sit on a Triumph 650  and  was riding around the yard guiding it towards the bigger kids so he wouldn’t tip over when he tried to stop.  His career started out riding a Bultaco Sherpa 100 sponsored from Bettencourt’s out of Bridgwater Mass. This would become a long time relationship for Keller as he moved up the ranks of the moto world in the 70’s and well into the 80s.

In 1979, on a Honda, Keller won the NESC 125 Championship and soon moved into the pro ranks to do battle on the national level.  At his first outing as a pro at Southwick, Keller placed in the top five and made his ”bones” with the pros.  Giving fits to Hannah, Bailey and Glover, Keller charged the national scene dominating the top 10 and placing well enough in the pro standings to a 3 overall in the 500 class on his privateer Honda.  Always a Southwick favorite and master of the sand, Jo Jo had multiple wins at the Wick during his career. 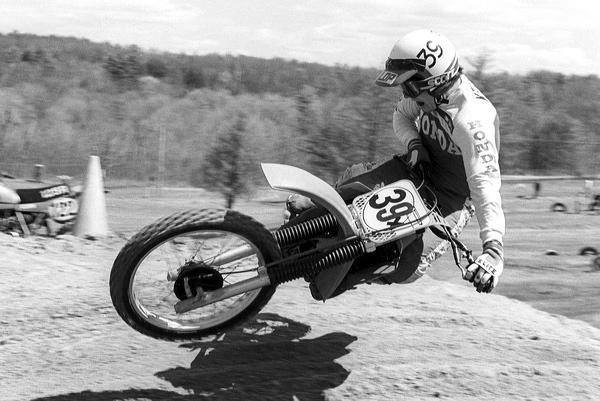 “Jo Jo was an iconic figure to a lot of us here on the east coast”, states Alex Moroz, General Managing Partner of the Legends & Heroes Moto Tour. “When he was an up-and-coming rider, things were different. Shops like Bettencourt’s were the prime sponsors of the local talented riders and Keller with his iconic “Scrub” made a name for himself in the early days of moto.  We have to remember that Jo Jo was a privateer, taking on the factory pros and their exotic works machines, with basically a local shop sponsorship and slightly modified production bikes” Moroz concludes.

Mr. Keller will be honored on the Lucas Oil Stage during opening ceremonies at the Famed Southwick track this Saturday. Jo Jo Keller will be at the Legends & Heroes Moto Museum Tour display for a meet and greet with the fans at 3pm Saturday.

About the Tour
The Legends & Heroes Motocross Tour is a professional historical display and time-line of Americas greatest motorsport. The tour includes the machines and the champs of Motocross. The project was conceived by a dedicated group of Motocross Enthusiasts who, over the years, have discovered the value of the rich 40+ years of Motocross legacy and its impact on the American motorsports history. “The dedication and passion of the sport has brought the Legends & Heroes Motocross Tour to the next level of sharing this legacy, the history of the machines and men, as well as the women of Motocross. The history of the Classic Iron and its' champions is a dynamic model ever changing. We see this rich history as a great learning lab for all ages” according to Alex Moroz the tours managing partner.