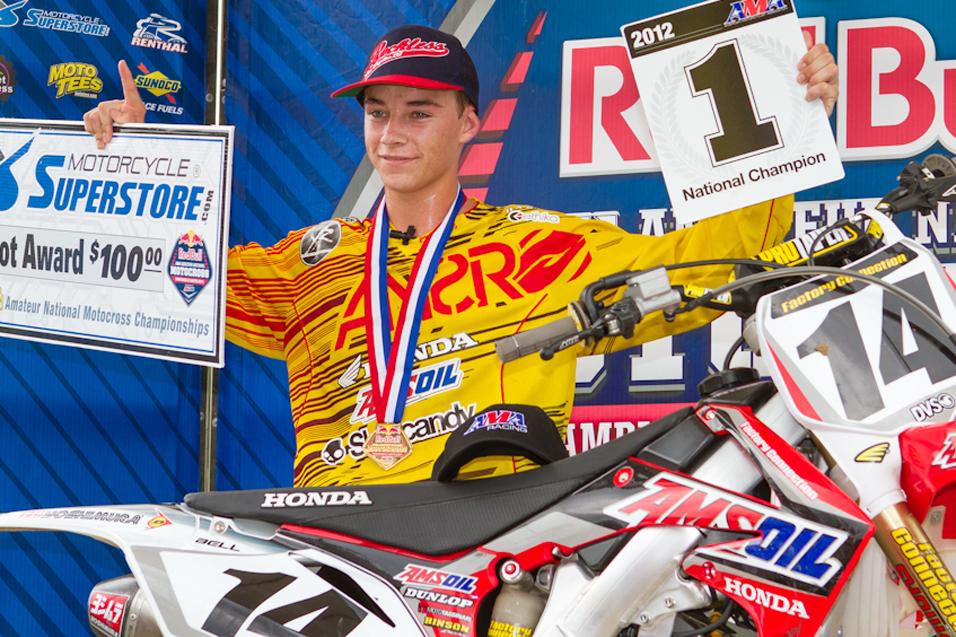 GEICO/Factory Connection Honda’s Zach Bell, 17, completed his amateur career with four moto wins in six tries at the Red Bull AMA Amateur Motocross Championships at Loretta Lynn Ranch. For that, he earned the coveted AMA Horizon Award. He now heads to Southwick this weekend to make his pro debut. We talked to him during Saturday’s closing ceremonies at the Ranch.

Racer X: Zach Bell, Horizon Award Winner. How does that sound?
Zach Bell: Sounds great! I’ve been working really hard for this and finally got it. Now we’re going into the pro ranks. I’m ready to get out there and show everybody what I can do.

Just explain to people that might not be familiar with your amateur career. Really good? Great? Do you feel like you left anything on the table? Sum up your amateur career and how you felt it went for you.
Ever since 1999, I’ve been up on the podium but in the past three years, I’ve been on an injury roll. Now I’m off that and I got a championship here and now we’re going to Southwick and I’m ready to go. 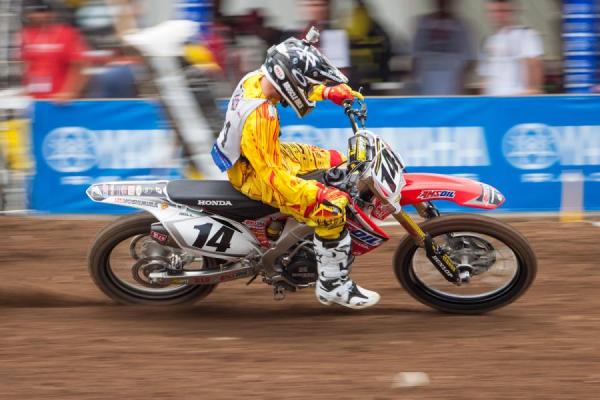 Take us through that.
Back in 2009 I had a pretty big mess up, I had a broken back and a broken hip. Then I got healed up from that, broken femur and broken arm, I was out for another year. Now I’m healed up and ready to ride—I’m anxious right now.

What do you learn from injuries like that at such a young age?
You know, patience. You mature a little bit more. When you’re out on the track you try to pick the right lines and not just pin it through any line you see.

You’re showing patience, but this week you also showed that the speed is there when you need it.
Yeah when they would pick it up I could pick it up ever more. I didn’t need to push 100 percent to win. I did have a few bad races, but whatever happens, happens, I’m still happy with the week.

I heard you have some sand skills, so is Southwick a good race for your first one?
Yes, I have a sand track at home and I’m comfortable on it. Southwick is going to be a good debut track for me, I practice in the sand all the time.

With your team, you have some big shoes to fill, because so many of your teammates have come in and ridden well in their debut races. Does that add pressure, or is it just good to know you have a good team around you?
You know with Eli Tomac and Justin Barcia up front all season in points, just everyone at the GEICO, Amsoil, Factory Connection, Honda team is good. I just want to get up there and ride with those guys and show what I can do. 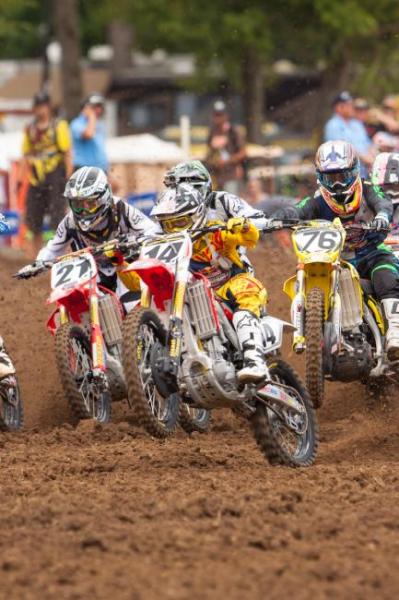 Bell (14) will make his pro debut at Southwick this weekend.
Mark Pearson photo

Can you put a number on where you expect to be?
I really can’t put a number on it, but I went out to Eli Tomac’s house for a week and we did  a lot of training and I learned a lot from them. I guess I’m really hoping for a top five.

And what do you think the differences might be at the pro level?
You know, the team has just said it’s going to be a lot harder. The pace is going to be even more intense and the races last longer, so I have to work my way into that. Hopefully it goes well.

You have four titles here during your career, and now you’re leaving Loretta’s as a racer. Is that a little sad?
You know I might come back somewhere down the road and do what Ricky [Carmichael] is doing right now. I’m really a little depressed, you know, this place is fun and I have a lot of good memories here. I just wanted to do the best I could in my last year here, and I got the Horizon Award, so I’m really happy.