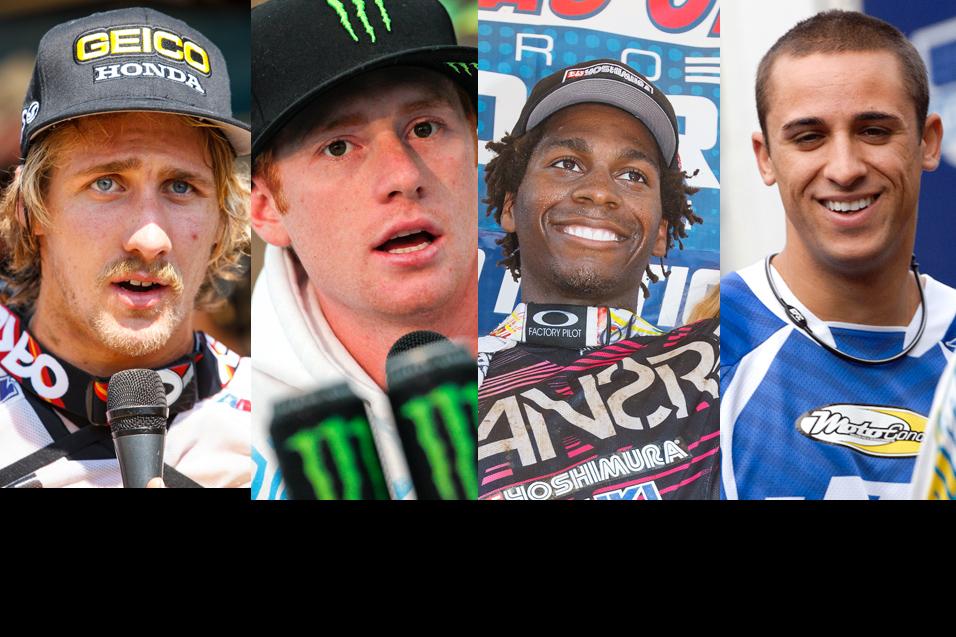 Weege: Okay, Steve, we all know filling out the three-man roster for Team USA's Motocross of Nations effort is going to be complicated this year (or any year). We also know you're Canadian and have suspect motives. I haven't forgotten that you were Tim Ferry's wrench the last time the U.S. ever lost the ‘Nations. So, since you're not Born in the U.S.A. like I am, you should defer to me. The des Nations team, will be, Ryan Dungey, Blake Baggett and Justin Barcia on a 450. As you like to say, stamp it. Put it in concrete and sign it in blood. No one has told me this, I do not have any insider info, but I can read handwriting on the wall, and it says Bam Bam + 450 = USA#1!

Matthes: First off, my experience as an actual real live member of Team USA should put me ahead of many in offering my opinions. It’s like a secret club or something. I’m an alumnus and therefore, my thoughts are much better than, say, an ex-flagger from Englishtown like you.

The two fastest riders I’ve EVER seen in the sand are a guy from Florida with the initials R and C and James Stewart. That’s it, there’s no one else even in the discussion. Remember when Marc de Reuver came to Southwick with the label of “best sand rider in the world” and promptly pulled in behind Stewart at Southwick to see what he had? Yeah, uhh, how did that go Marc? I can still hear him on the podium saying “Stewart...he’s unbelievable…” and since the MXdN is in the deep sands of Lommel this year, how Stewart is not on the team until HE says he can’t be is beyond me.

Team manager Roger DeCoster is a great guy and has guided more Team USA’s than I can shake a stick at, but in an interview last week he wrote Stewart off by saying, “he’s up and down.” Yeah, he can be but it’s because HE’S HURT! When he was healthy and had a few weeks on the Suzuki, he won four motos in a row and was the man. But for some reason, like the chicken and the egg argument, Stewart’s not going to be on the team and Roger doesn’t want him on the team. So clearly, the next choice is the man who just stopped Dungey’s domination. That’s right, I believe the hype, the universe has spoke and it shall say MIKE ALESSI - MXDN TEAM MEMBER!!!! 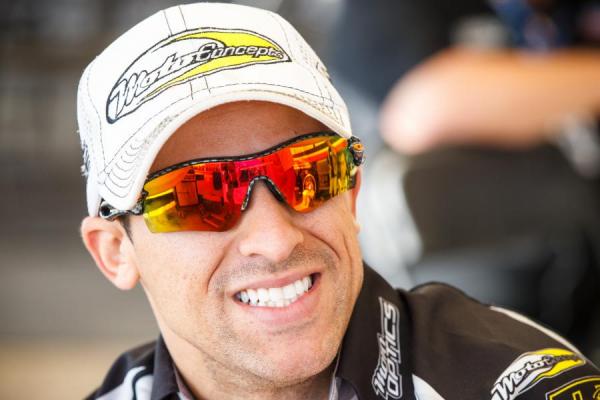 Weege: Agreed, Stew is 100, 1000, or 10,000 percent guaranteed the best pick for the other spot on the team. But that’s only according to you and I—but not the team manager, who is also not from the U.S…..but I digress. DeCoster has helped manage like 20-some victorious Team USA efforts (including the first one in ’81) so we have to defer to him. I think he’s crazy to not give James the first option. And, I’d be at Stewart’s house right now offering to put red white and blue graphics on the bike to persuade him. I mean, the MXdN will be THREE MONTHS after Stewart’s Colorado crash, so I’m pretty sure he’ll be healed up. And he clearly doesn’t need much run up time on the Suzuki seeing as that he’s already won four motos on it. And it’s a sand track! I totally agree with you that the Stewart option should be explored to the fullest, however, if it’s not, our agreement ends there. Barcia is going to get the spot over Alessi. He’s on a factory team with deep ties into Europe, while Alessi is a privateer. Can MotoConcepts really have it all dialed in? Also, I can argue that Barcia on a 450 last year was closer to Dungey/Villopoto speed than Alessi is this year. That’s right. I said it.

Matthes: I like Barcia, he’s a future star in the sport and if it doesn’t work out, he can enter mustache contests at local carnivals. But I say that the only way Bam Bam goes is if he wins the 250 title and then goes on a, wait for it, a 250! You know, on the bike he’s been on ALL YEAR. Whoever wins the 250 outdoor title out of Baggett, Tomac or Barcia (can’t be Roczen, because, even though he doesn’t act like it, he’s German) should go. On a 250. We can all acknowledge that Dungey is currently the fastest rider in the world who is actually racing. Guys like RV, Reed, Ferry and Stewart just haven’t been on a bike enough lately to even make an argument against Dungey right now. Okay, so Dungey’s the fastest man in the world, and his Team USA 450 teammate, I want to send the GUY WHO JUST BEAT HIM. Mike Alessi!

Don’t even bring up that support stuff Weege, the owner of MotoConcepts, Mike Genova, will climb out of his hot tub and spend whatever he can to make sure Alessi is well-equipped over there. Two bikes and the support crew he has had all summer should be enough. Mike’s been giving Ryan a run all summer and that’s a fact. I don’t feel comfortable enough with Justin on a 450 to send him, I just don’t. I’d rather take the proven commodity of Alessi (sweet Jesus I can’t believe I just typed that but it’s true) to go and wax the Euros! 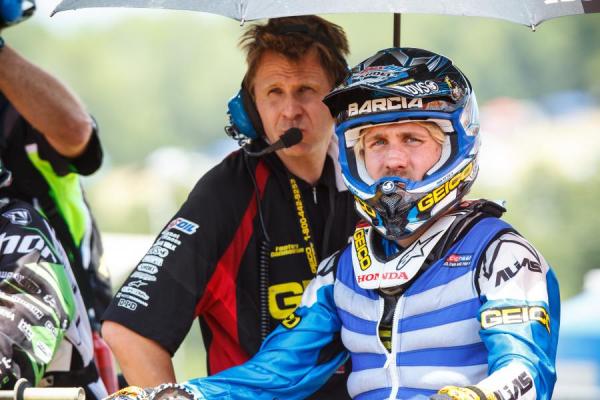 While Weege is placing his money on Barcia.
Simon Cudby photo

Weege: If we’re going to get into Alessi, I’m going to have to bring up, as I have before, that Jake Weimer has been pretty close to him this year. Weimer has also raced this event before, and his Monster Kawasaki team pretty much races it every year. That’s a very proven commodity, and Weimer’s level versus Alessi is super close. Yes, Mike won a moto at Washougal which was awesome, but Weimer has topped Mike a few times as well, including the first moto at Millville, which is much sandier than Washougal.

I like Mike and respect what he’s doing this summer. But Team USA likes the star power, almost like they want to send a wild child like Barcia, and have him take dudes out and wax ‘em on a bike he’s not familiar with just to make it sting a little more. It’d be like O’Mara on a 125 in 1986, years after he had stopped racing 125s. Or Hannah the next year. Or Damon Bradshaw on a 125 in 1990…okay, skip that one.

I still say Barcia jumping up a bike isn’t a big deal. Dungey did it in ’09 and Team USA won. And speaking of support groups, Barcia will have Jeff Stanton on his side, and it’s commonly known that when Stanton shows up for an MXdN, the European pits suddenly put in a double-sized order of port-a-johns because he scares the crap out of ‘em.

I think Barcia’s challenges against Dungey and Villopoto last year justify the move. And, wait…what about RV!?!?! He’s back on the bike today!!!

Matthes: My head hurts with the Villopoto news. I’m glad I’m not Roger and have to figure this out. Instead I’m just some Team USA alumnus who’s from Canada second-guessing him. 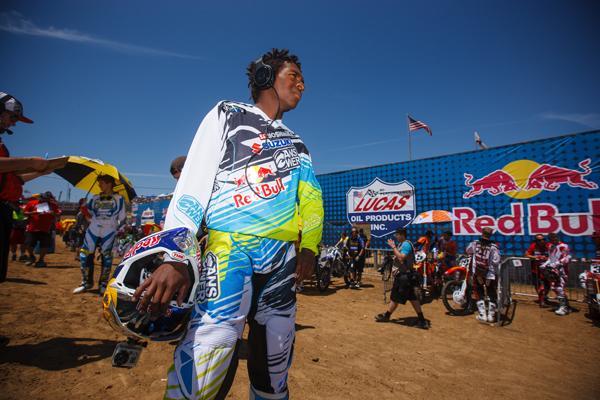 James Stewart, if healthy, would be the pick of both Matthes and Weege.
Simon Cudby

Weege: I’ve got good news on the RV front! This year’s MXdN is held two weeks later than last year (it’s September 30th). You need a few weeks to ship bikes, so let’s say they need to decide on the team, for sure, by September 1. RV is riding today, so he’s got a full month to decided if he’ll be ready, and then, another full month to keep prepping. Two full months on the bike! If anything, the only tough call for Roger will be who rides the MX 1 class. You know, last year they put Dungey in it citing him “having won the MX1 class the year before.” So, do you honor that same rule with RV and put him in the MX1 class in his very first race since April? And oh by the way, does RV have a deal for next year signed? That could be an issue but hey, screw money and security by rushing back from a big injury early. DO IT FOR YOUR COUNTRY!

Matthes: Like I said, this stuff hurts my head. Can RV be ready? Why not James? Why does Roger act like he’s allergic to Alessi? In all reality it’s going to be tough for RV to be ready and after all, he’s in contract talks with a bunch of people, this is not a risk worth taking. What about this idea? Forget RV, Stewart and all the other guys. The deep sands of Lommel are calling, we need our very best soft stuff specialists to step up. You think Liles, Emig and LaRocco are a B-Team back in 1992? How about we send Dungey, Matt Goerke and John Dowd? Yeah I said it. And when the fastest rider in the world currently racing, a dude who races in Canada and 47-year-old John EFFING Dowd win that Chamberlain trophy, we’ll all sit back and laugh as the Euro’s realize that USA could send any one of fifty dudes and still win! [Insert maniacal laughter here]

Weege: Now you’re crazy. Seriously, if you suggest sending Dowd, how do you NOT include Doug Henry? He’s got those caged bikes and hauls ass. How would the world feel about being beaten by a 47-year-old and a dude with a cage? Plus, I’m onto your little Goerke deal—you want to sneak him onto Team USA as Canadian National Champion and thus claim some sort of co-victory for the Canucks. Ain’t happening! I’ll put my faith in the New England boys, though.

Or better yet, New Jersey! Barcia would be the first ‘Jersey born MXdN member and thus we could run Born in the USA all weekend in honor of The Boss (even though the song is actually an anti-Vietnam piece). But you know, on the Jersey subject, I’m thinking, sand track and Holland….IS THIS RACE NOT TAILOR MADE FOR J-LAW!? WHERE’S HE AT?! 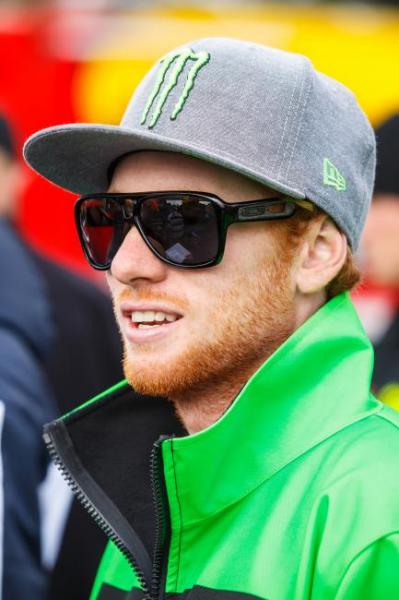 And then there's the wild-card, Ryan Villopoto.
Simon Cudby photo

Matthes: This thing is turning silly for sure but back to the point. If you feel comfortable sending a complete rookie to the MXdN on a bike that he hasn’t raced all year, never mind the fact that between Barcia and Reed’s double crushing DNF’s at Southwick last year, Metcalfe running out of gas on a Honda in 2010 and Andrew Short’s bike blowing up in practice (another Honda by the way) you’re also saying you have complete faith in the Honda’s in the deep sand then go ahead. It’s not my country’s chances that you’re rolling the dice on. Come to think of it, maybe that would be a good idea, it might help my clown-show-when-it-comes-to-the-MXdN country of Canada out. We’re actually sending a team this year and maybe, just maybe…actually never mind. They can’t beat the U.S.A. no matter who gets picked.