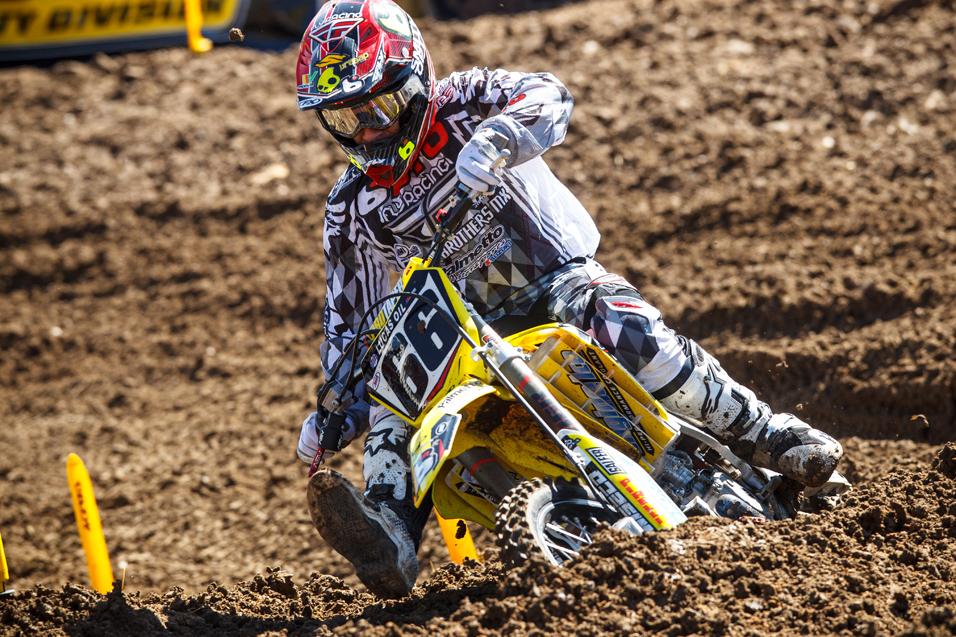 Going for the W Jason Thomas

July 5, 2012 5:00pm
by: Steve Matthes
RedBud MX Buchanan, MI RedBud Lucas Oil AMA Pro Motocross Championship
It’s tough sledding for anyone in the 450 Class not named Ryan Dungey or James Stewart right now. Stewart’s won every moto that he’s been 100 percent healthy for and Dungey has won the rest. The chances of getting to the top of the box against either both of these juggernauts (or even one) are  pretty slim. It’s David versus Goliath, Washington Generals versus the Harlem Globetrotters or even, Jason Weigandt versus spending any of his money. In short folks, it’s an uphill battle.

There’s one man, though, who’s not going to take defeat lightly, one motocross warrior who’s been there, done that and working hard to get his name in the record books. BTOSports.com/BBMX Palmetto Suzuki’s Jason Thomas hasn’t had the best of years so far but in what will most likely be his final half season racing AMA motocross, he wants to go out with a bang.

“Sure guys like Dungey are really going fast and yeah sure, he may have lapped me at every race this year but I believe that with a few breaks and my determination, I will win a race at some point,” says the ever-confident Thomas.

While failing to qualify at Lakewood (partly due to bike problems) and also failing to score a point in any moto this year could get most riders down, Thomas prefers to have a glass half-full mentality. 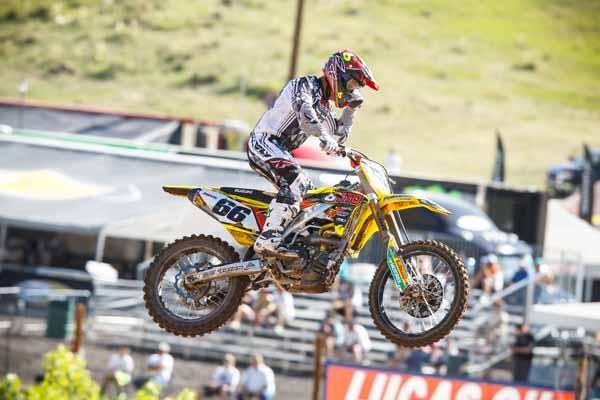 Although Thomas has yet to score a point all season he is still confident he can grab a win.
Simon Cudby photo

“I guess the question I have for anyone who doubts that I can do this is, why not me?” Thomas replies “I’ve been fifth overall before (Budds Creek ’06) and the way I look at it, there’s 40 riders on the gate and I’m one of them. I’m actually entered into the race, so that gives me a shot!” he says, as his voice begins to rise.

In looking at the stats, Thomas’s biggest problem appears to be qualifying position, average starting position and the very important lap time stats. These three key areas are where Thomas is lacking right now but he’s in Florida working hard and trying to remedy those issues.

“I just haven’t gotten the starts I need this summer” Thomas, in a rare moment of inflection, remarked “That Dungey guy and Stewart as well, they get the jump on me and I have trouble latching on to the back of them. I have these other idiots on the line that won’t let me get up to them. I’ve got to get better starts.”

Thomas is at the end of a remarkable career, one that started at with his first pro race at Gainesville 1997. That race is forever etched into all of our minds as the arrival of the storm clouds of dominance for two men, both of smaller stature and both from Florida. Ricky Carmichael won with a 1-1 and Thomas was right there with him with a 26-21. This was a day in American motocross where the torches were passed. Carmichael, long since retired, went out a winner and Thomas is hoping to do the same on his swan song. 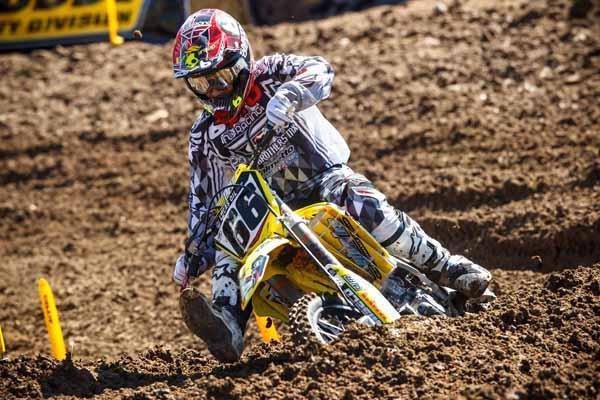 Will Thomas' break out ride come this weekend at RedBud?
Simon Cudby photo

When asked about how he expects to beat Dungey or Stewart when he can’t even seem to get inside the top twenty this year, the long-time privateer grabbed this reporter’s recorder and smashed it into pieces.

Then he glared at me from across the table, stood up and started doing push-ups right there and then. Each time he rose, he looked at me with his 100-yard stare. It was as intimidated as I’ve ever been interviewing a rider. I knew then and there that the 450 Class is in trouble this summer. It may not be this weekend at RedBud, it may not be the following weekend at Millville either but hurricane Thomas is coming, oh yes it is. Better grab a hold of something while you can.

It appears that this man isn’t taking defeat lightly at all.

*** No tape recorders were actually hurt in this interview ***