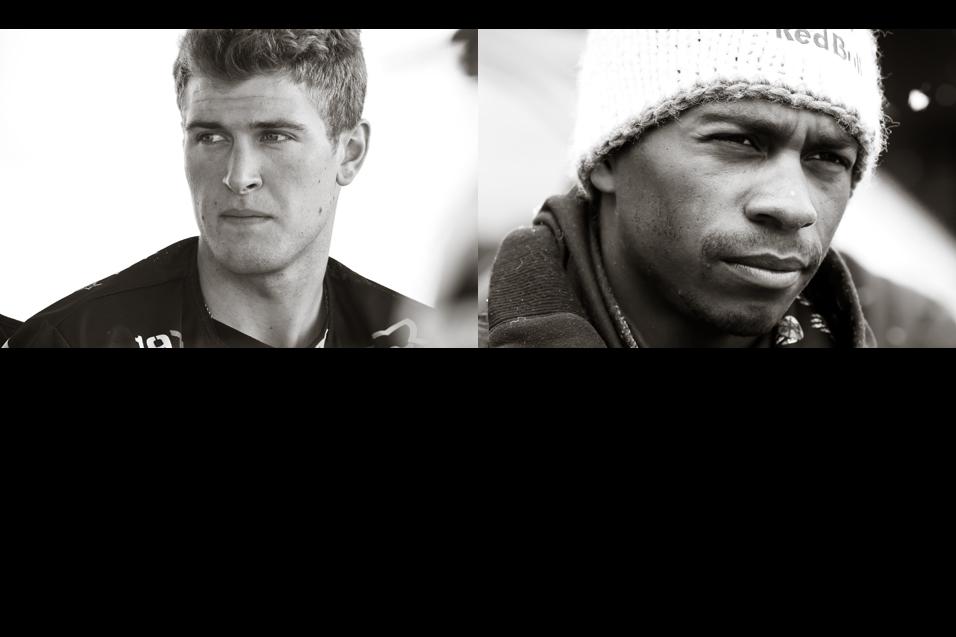 Advertisement | Advertise with Us
Hangtown Motocross Classic Rancho Cordova, CA Hangtown Motocross Classic Lucas Oil AMA Pro Motocross Championship
Yeah, you remember the Unadilla National from 2010. It was hyped as a Dungey vs. Stewart battle, with Dungey carrying a seven-race win streak into the race against Stewart’s own personal 24-moto streak dating back to ‘08. But their battle for the win never materialized, as Dungey was on his game and won the first moto, while Stewart struggled….wait, hold that thought.

Only by his own crazy standards, partially set into place by that 24-moto win streak from 2008, did Stewart struggle that day. At Unadilla, Stewart ran second for most of the race, then fell down late, allowing Belgium’s Clement Desalle to take over second. Stewart finished moto 1 in third. He was on the podium. And here’s the key stat: Stewart, straight off the couch, recovering from a wrist injury, riding a bike not even close to set up right, finished third, and what’s more, he beat the fourth-place rider, Andrew Short, by 13 seconds. He also logged the fastest qualifying time that day.

And there you have it. Most consider that Unadilla day a bad one for Stewart, yet he still had most of the field covered. That elite group, which we’ve been calling the Big Five (Villopoto, Dungey, Stewart, Reed and Canard) have proven they can rise above the rest even on their bad days. Dungey, for example, looked off of his game at the last two supercross races this year, and still proceeded to win. You don’t need to speculate on Dungey’s prep for the motocross season—he will be ready. And surely Stewart will be much more prepared and comfortable this weekend at Hangtown than he was that day at Unadilla, so even though you can run “he didn’t even finish the second moto” as an argument against his chances this year, chances are, that’s not going to be a problem this time. 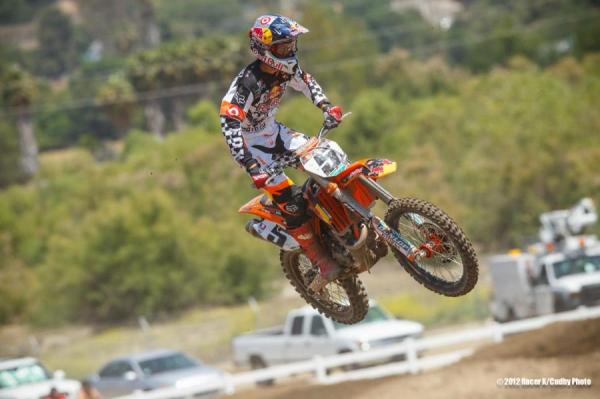 Is the 450 title fight going to be a showdown between Dungey and Stewart?
Simon Cudby photo

So with Stewart and Dungey up to speed and full strength, and the likes of Villopoto, Reed, Canard and Ben Townley out injured, should we just consider this summer the year of the Big Two?

Of course, we don’t want it to be that way. A few weeks ago in this column, I talked about the “Friend Zone” and the group of great, hard working, nice guys, who we would all like to see garner all the love. Jake Weimer, Tyla Rattray, Brett Metcalfe and Short are great guys. Davi Millsaps and Mike Alessi have had career ups and downs, but through it all, no one has actually said those guys are jerks. And if a guy like Josh Grant went from career doldrums to back on top, we’d all be happy for the guy.

Everyone wants to see those guys up there, because, first, they’re good dudes, and second, more competition is always welcome. But consider this: the 38 other riders on the gate, like Metcalfe, Alessi, Grant, and Tommy Hahn, have combined for five career 450 MX wins. Stewart has 16 and Dungey has 14. We have yet to see any proof that anyone else can run with the Big Two. Remember, in 2010, Dungey won 10 of 12 races and took the title by 145 points. In ’08, Stewart won ‘em all. These guys can be hard to contain if let loose.

But while a battle with two riders doesn’t seem as fun to watch as the three (or the elusive forty) rider duel, the history of this sport is littered with two-rider battles, and they don’t disappoint. From Hannah/Howerton to Johnson/Ward to Langston/Brown to, well, the Stewart/Carmichael battles in 2006 and 2007, it’s fun to watch two dudes giving it their all with a full focus on beating no one but the other. 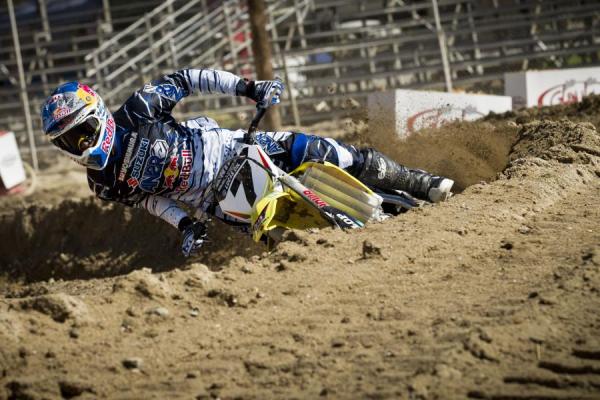 And we’ve got some history here. Stewart is riding for Suzuki, the team Dungey didn’t want to ride for anymore. Dungey is backed by Roger DeCoster, which makes this seemingly the 1000th series where DeCoster’s main man battles Stewart. Between his years with Carmichael, Dungey, and Reed, Roger must wake up in a cold sweat at night thinking about ways to beat Stewart. And, oh yeah, Suzuki is Roger’s old team, too.

There’s even some personal stuff between Dungey and Stewart, as back in the summer of ’08, when Stewart was embarking on his perfect season, Dungey was staying at his house and riding with him. Somewhere along the way (most point to a first-turn crash at the U.S. Open that Fall) that relationship went off the rails.

But that’s just background noise. Don’t expect to see anything bitter to come out of either camp. It’s not in the current personality makeup of the two riders to go there. Dungey, for one, diffuses any and all such drama instantly. And Stewart, I think he’s out here to have fun this summer and enjoy his new bike and team, not start up a personality conflict.

We don’t need it. A 12 round heavyweight slugfest will be exciting enough without the extra stuff. And if any of the other riders can make a battle out of this, things will be even better.

Unless one rider proves so superior to the other that we don’t see much of a battle at all. Does the Big One sound any good?