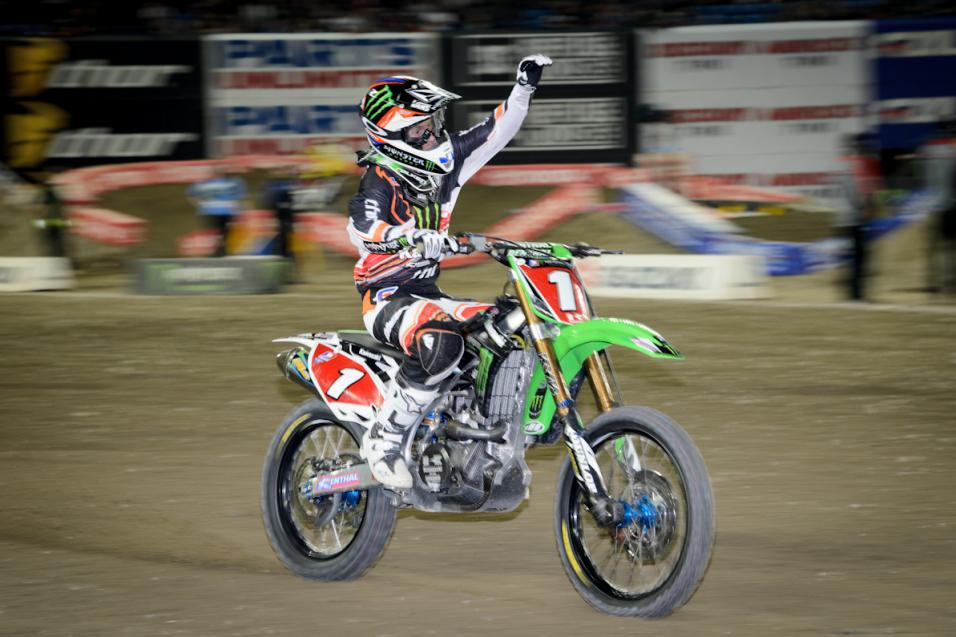 Advertisement | Advertise with Us
Rogers Centre Toronto, ON Toronto Monster Energy AMA Supercross Championship
Even though he was born and raised on the far corner of the country, Ryan Villopoto has always looked a little like Ricky Carmichael. The Monster Energy Kawasaki rider is of similar stature, same color hair, graduated from Team Green and then rode a Kawasaki to three straight outdoor titles, then moved up to big bikes. After a rough transition, he's now the most dominant rider in the world on a 450, both indoors and outdoors. Just like Ricky.

Villopoto also sounds a lot like Carmichael, mostly in what he doesn't say. When Carmichael was racing he liked to simply point at the results and say “scoreboard.” It drove a lot of media types nuts because RC didn't offer up a lot of boasts or jabs at his competition, which makes for easy-pickings for journalists and moto scribes looking to get a good scoop or soundbite. His results spoke so loudly and with such authority that he didn't really worry too much about how he came off online or in ink.

And that sounds just like Ryan Villopoto now. Readers of this website and others often accuse us writers of somehow slighting or overlooking Villopoto's obvious place as the fastest man on the planet now, and that just isn't the case. His performances are so methodical, his results so consistent and his demeanor so stoic—like Ricky Carmichael in his prime—that there's just not a lot to talk about other than the fact that he just keeps winning and winning and winning... 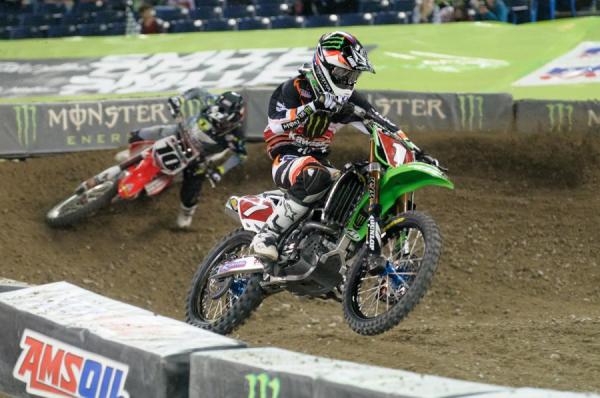 The conversations surround everyone else. Villopoto just takes the trophies.
Lissimore photo

Villopoto won everything last year—AMA Supercross, AMA Motocross, the Motocross of Nations, the Monster Energy Cup. He won last night in Toronto with ease, just like he did last week in Indianapolis, and probably will next week in wherever. Due in part to attrition and of course his own superb campaign, Villopoto's within a race or two of clinching another Monster Energy SX title. And there's no doubt he will ride into this summer's Lucas Oil Pro Motocross Championships as the heavy favorite, even against with a healthy Ryan Dungey, James Stewart, Ben Townley, Tony Cairoli, Mitch Comstein anyone else of the seven billion people on the planet right now! (Not so sure about the Motocross of Nations though, as sandy as this one is going to be...)

Ryan Villopoto doesn't get the same attention or headlines as, say, James Stewart or Chad Reed, or even a Valentino Rossi or a Tony Stewart, because he doesn't want the same attention. He's a professional athlete at the top of his game, and he expects to win every race he enters, every title he campaigns for. The only thing Ryan Villopoto really has to say right now is the thing that matters most to him and his sponsors and his fans: “Scoreboard.”