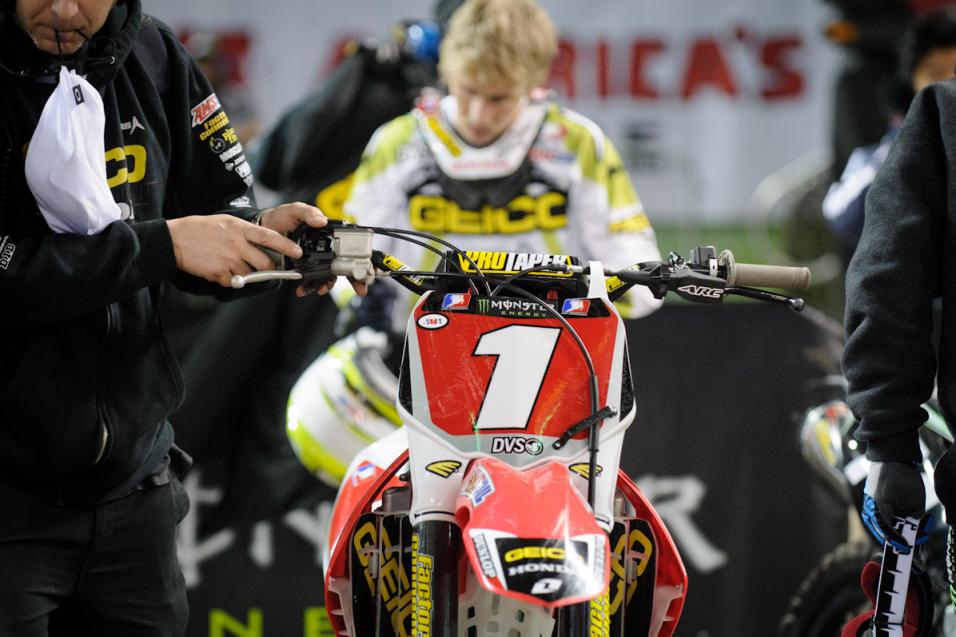 Advertisement | Advertise with Us
Rogers Centre Toronto, ON Toronto Monster Energy AMA Supercross Championship
The moment Justin Barcia gave Ken Roczen a little nudge out of the way, the Toronto Supercross main event was pretty much over. Barcia has been the pace-setter for every race but one—Indianapolis—and now enjoys a sizable points lead after five of the nine rounds in the East Region of Monster Energy AMA Supercross. Roczen was reportedly sick, and he rode strong for second, but was no match for the #1 GEICO Honda. Nor was Rockstar Energy's Blake Wharton, who backed up last week's win with a third-place finish in Toronto. (And no, that was not Wharton playing the national anthem on his guitar, but the actual Slash!)

And congratulations to Jake Canada, the Motoconcepts Racing rider who posted a career-best fourth-place finish, and now ranks fifth in the standings, ahead of the much-more heralded Blake Baggett, Justin Bogle and Malcolm Stewart. It would be nice to see this kid get himself a trophy before the series is over.

Back to Barcia. Like the AMA Supercross class, the East Region title is pretty much a foregone conclusion—this one is in the bag for Justin. So the question here is, how would #20 do at, say, Seattle, if his team moved him up to the big-bike class?  (#20 is the number Barcia would wear in the 450 class.) As thin as things have been in the 450 class, it would be no surprise here to see “Bam Bam” on the box his first time out. 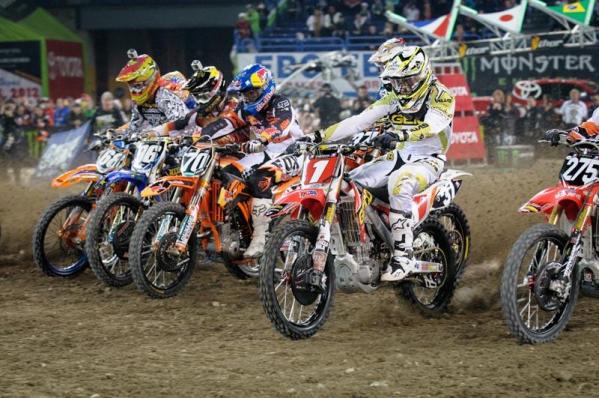 Barcia is pulling away and heading toward his second-straight Lites title. What if he jumped on a 450 in Seattle?
Lissimore photo