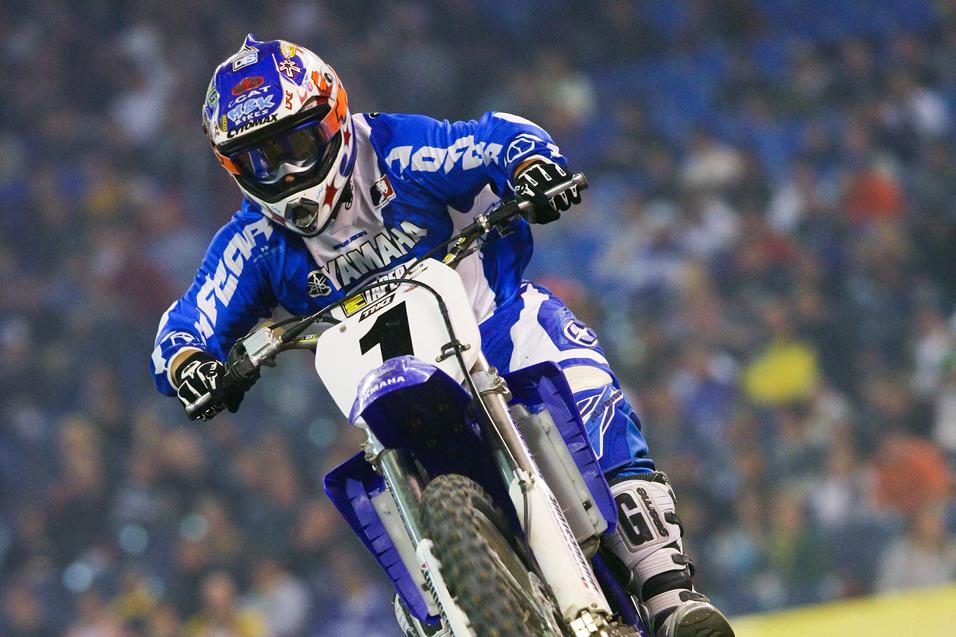 The international contingent of this tour actually extends back nearly ten years now, and things used to be way, way more international. The races also used to take place in December, serving as opening rounds before the Anaheim kickoff of the AMA season. For a refresher, we take you back through some of the highlights for this week’s List.

1. Geneva, Switzerland, 2002: In December of 2002, the World Championship arm of the existing AMA Supercross tour kicked off in Geneva. Back then, the two World rounds in Europe did not count as part of the AMA Championship, so separate World and AMA Champions were crowned at the end of the season. The winner of that first Geneva race? David Vuillemin.

2. Arnhem, Holland, 2002: The weekend after Geneva, the crew headed to Arnhem, Holland. In Geneva, Chad Reed crashed while battling for the lead, but he came back and put a whooping on the field in Holland. It was Reed’s first 250 SX win, although doing it in an official AMA Supercross would have to wait a few weeks later when he won Anaheim 1.

3. Seville, Spain, 2003: Quite possibly the muddiest supercross race of all time! It rained and rained and rained some more at this one, and bikes were frying clutches and drowning out all over the place. The upset winner was New Zealand’s Darryl Hurley, who notched the one and only 250-class win for MotoworldRacing.com Suzuki. 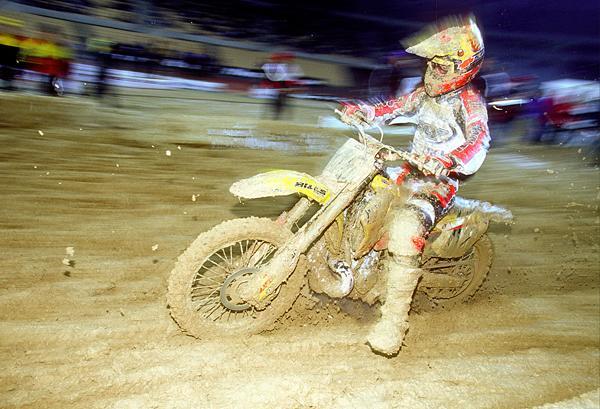 Hurley in Seville. Mud in your eye!
Steve Jackson photo

4. Arnhem, Holland, 2003: It was dry at this one, but injuries had ravaged big hitters Reed and Ricky Carmichael by December of ’03, so neither of them lined up here or in Spain. Ernesto Fonseca won in Arnhem. The real winner, long-term, was Heath Voss, who went 8-4 at the two European races and went on to claim the World SX GP Championship.

5. Toronto, Canada, 2004: The world rounds move from Europe to Canada. Carmichael had not participated in the European races but found the Canadian rounds were the perfect way to learn his new Suzuki RM250 before Anaheim. He cleaned up in Toronto and the next weekend in Vancouver, although rivals like Reed and James Stewart did not attend. Weird thing from these races: Since Voss won the ’04 World SX title, he rode with the #1 plate in Toronto and Vancouver. 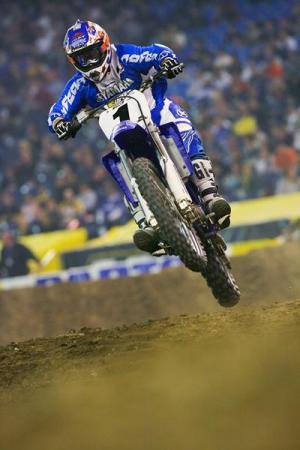 6. Toronto, Canada, 2005: Stewart’s ’05 debut season in the 250 class didn’t go as well as hoped. He showed up in Toronto sporting a new number, dropping his #259 for #7, and the famous “New Weginning” on the back of his pants. In the main, he put in a superb ride. He led, fell, then tracked down and passed Carmichael to take the win. 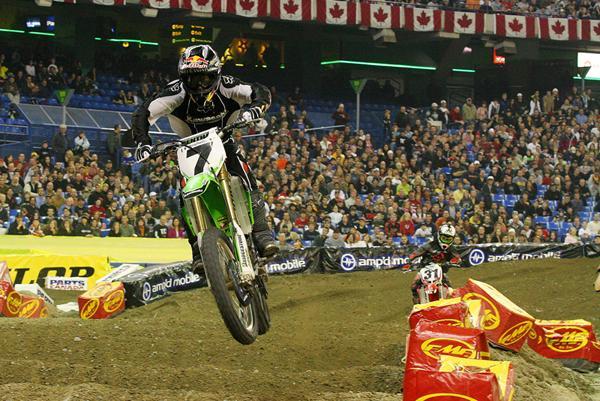 7. Toronto, Canada, 2006: A wild one! Carmichael fell early, leaving Reed and Stewart to battle. Stewart fell but caught back up to Reed, they battled and collided, and Stewart went off the track. When he reentered just past the landing of the finish-line jump, lapped rider Travis Preston was left with nowhere to go and smashed right into Stewart! Stewart busted his ankle but Preston was okay. He did have some words for Stewart when it was over, though.

8. Vancouver, Canada, 2006: The next weekend, Stewart showed up on crutches but dug deep to finish second behind Carmichael despite the ankle injury. Stewart would go on to win both the AMA and World SXGP titles. For 2008, the Toronto race would be integrated into the regular schedule, taking place in the spring like it does today.