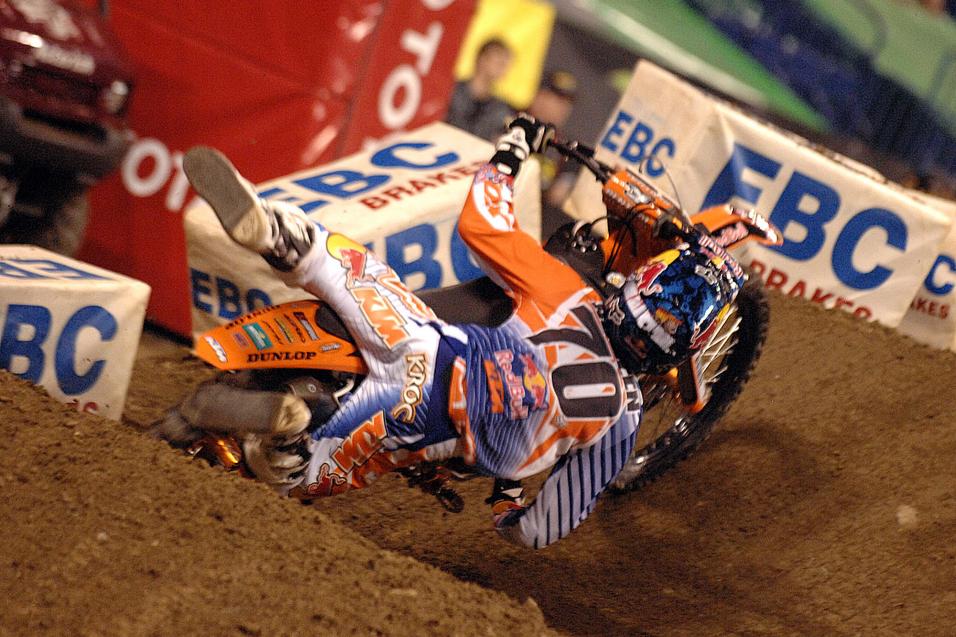 The Moment Roczen Throws It Away

The Lites East main in Indy was already deemed a wild one when a Kyle Cunningham crash led to a red flag and a restart, but things got even stranger when the leader, Red Bull KTM's Ken Roczen, threw the win away. Quite literally!

Roczen lost control of his 250SX-F in the same slippery section that claimed a bunch of riders, and his bike went sailing over the next jump without him. With that, the lead was lost, and Blake Wharton pulled away for the win.

"I don't even know what to say, this is the only crash I've had this year in a main event, and it has to be in this one when I was leading," said Roczen to Erin Bates on the SPEED broadcast. "The whole red flag thing got us out of rhythm a little bit. I'm looking forward to the next weekend, I feel like I am riding good. It was just bad luck."

Carl Stone snapped quickly and got this three-photo sequence of the Lites race changing in a hurry, the perfect example of one Moment changing an entire race. 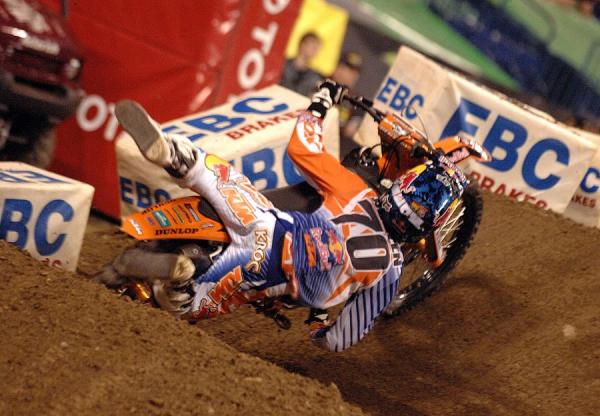 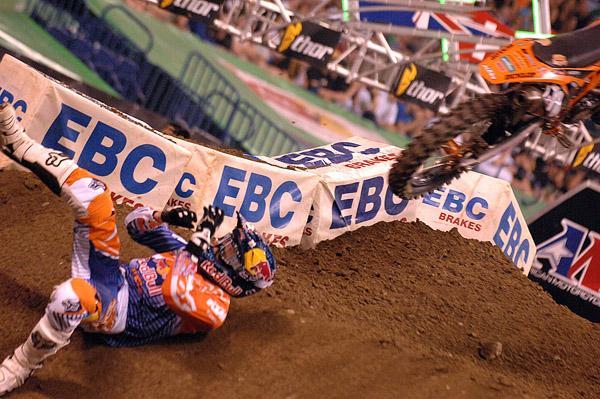 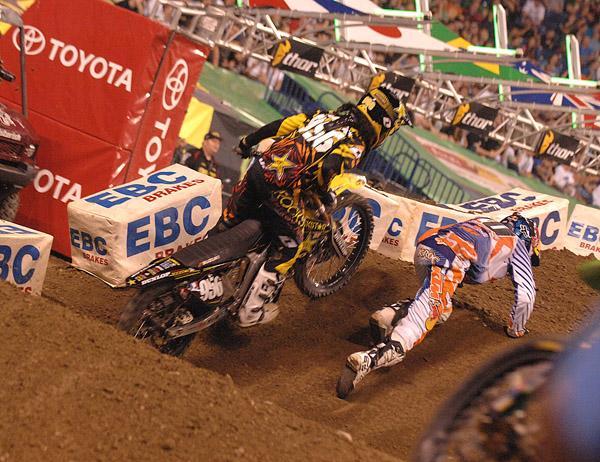