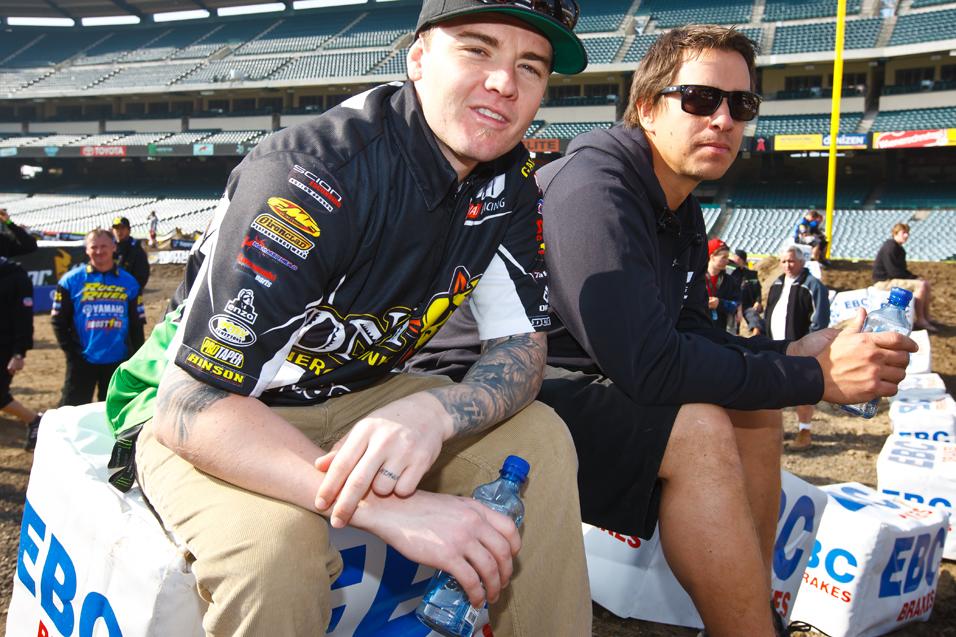 Ryan Dungey - Broken Collarbone
Comment: Dungey underwent surgery last week to repair the damage sustained in a crash prior to St. Louis. Dungey is expected to be sidelined for four to six weeks, and at this time it is unknown whether or not he will race the last few races of the supercross season.

Kyle Partridge - Cut Foot, Broken Toe and Broken C3 and C4 Vertebrae
Comment: Partridge had a run-in with the over/under bridge during practice in St. Louis, which resulted in several injuries. Partridge, who has full movement of his limbs, underwent surgery to stabilize his neck last week. Currently, there is no timetable for his return. 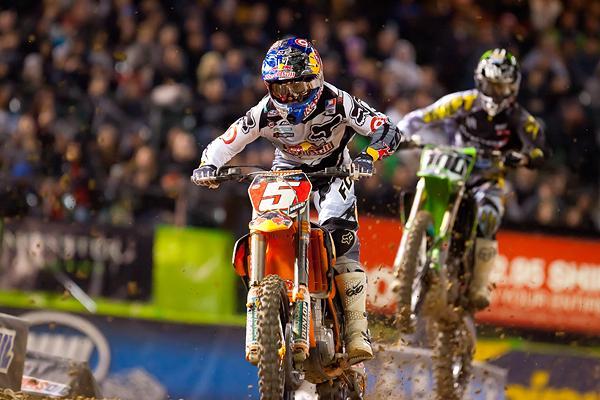 Dungey is expected to miss four to six weeks with a broken collarbone.
Photo: Andrew Fredrickson

Josh Hansen - Hurt Ankle
Comment: It was originally thought that Hansen’s ankle was twisted, but Hansen tweeted late this week that his ankle is indeed fractured. Despite the injury, Hansen says he is racing this weekend in Indianapolis.

Austin Stroupe - Cracked Collarbone
Comment: Stroupe had a big crash in Dallas, and was forced to undergo surgery for an injured collarbone. Stroupe is recovering in Northern California, and is hoping to return to racing in Houston.

Nico Izzi - Sprained Wrist
Comment: Izzi is still feeling the effects of his crash in Phoenix, and underwent surgery to fix some problems in his wrist. Barring complication, recovery time is expected to be quick, and Izzi should be ready to race when the Western Regional Supercross Lites season resumes in Seattle. 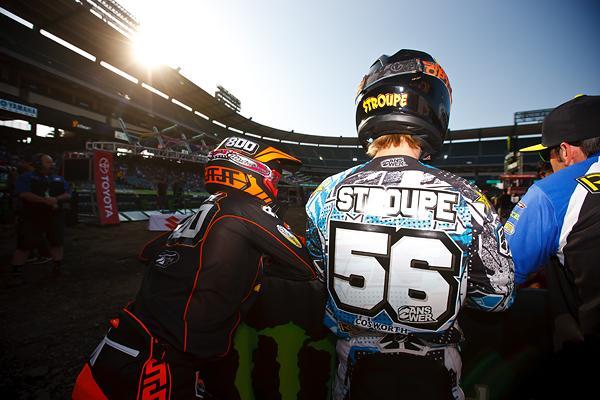 Andrew Short - First Degree Separation of AC Joint
Comment: Short was injured after going down and getting run over on the start of the San Diego supercross. Short participated in practice in Dallas, but the pain was too great to race. After undergoing therapy, Short started riding again earlier this week. His shoulder is still sore, and we will not see him line up this weekend in Indianapolis.

Heath Harrison - Dislocated Hip and Torn Spleen
Comment: There is currently no timetable on Harrison’s return.

Sean Lipanovich - Broken Collarbone
Comment: Eastern Regional Supercross Lites rider Lipanovich underwent surgery for his injury just before Dallas and had a plate and eleven screws installed to repair the damage. Lipanovich plans on racing his first race of the season this weekend in Indianapolis. 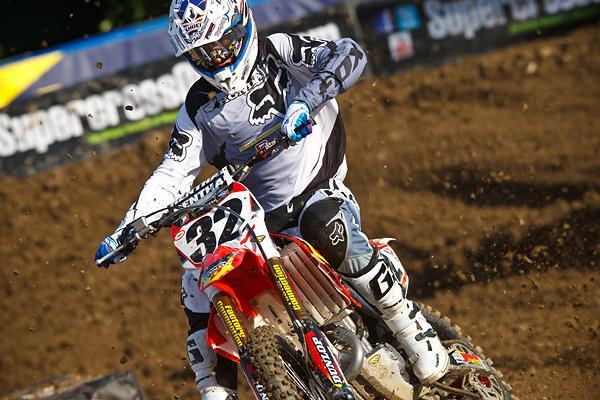 Tyla Rattray - Concussion and Fractured Vertebrae
Comment: Rattray suffered a concussion and a fractured C-7 vertebrae in his heat race in Oakland. Rattray will spend some time recovering, at which time his injuries will be reevaluated.

Ivan Tedesco - Broken Finger
Comment: After getting landed on in L.A., Tedesco hopes to return to racing in Houston. 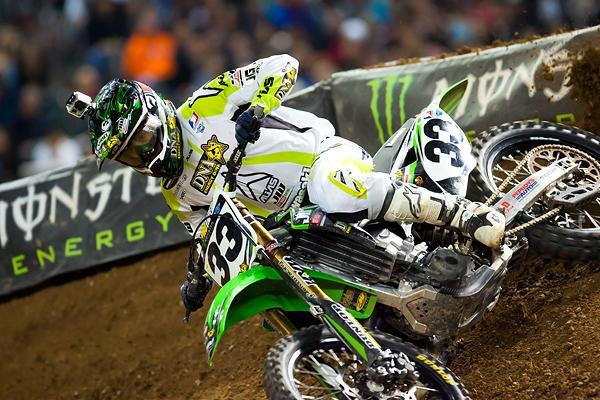 Josh Grant will be back this weekend in Indy.
Photo: Andrew Fredrickson

Josh Grant - Hurt Shoulder
Comment: Grant sustained a deep muscle contusion in L.A, and plans to make his return this weekend in Indianapolis.

Josh Hill - Broken Tibia
Comment: Hill suffered a broken tibia (lower leg) in his first turn crash at A1. The injury is not related to Hill’s previous leg injury that kept him away from the races last year. Hill is not expected to line up in Indianapolis. 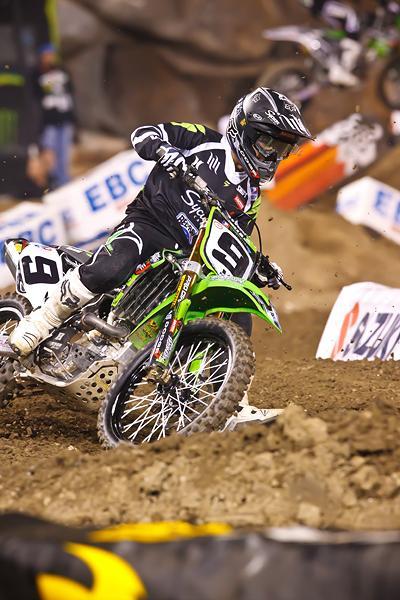 After missing time due to a broken finger, IT hopes to return at Houston.
Photo: Simon Cudby

Michael Byrne - Broken nose and C-6 in Neck
Comment: After spending several weeks in a neck brace, Byrne’s recovery is going well. On Feb. 26, Byrne tweeted that he’ll know more about when he can return to racing after he has an X-ray in two weeks.

Taylor Futrell - Badly Broken Collarbone
Comment: Futrell underwent surgery for the injury, and has resumed riding. He will be racing this weekend in Indianapolis.