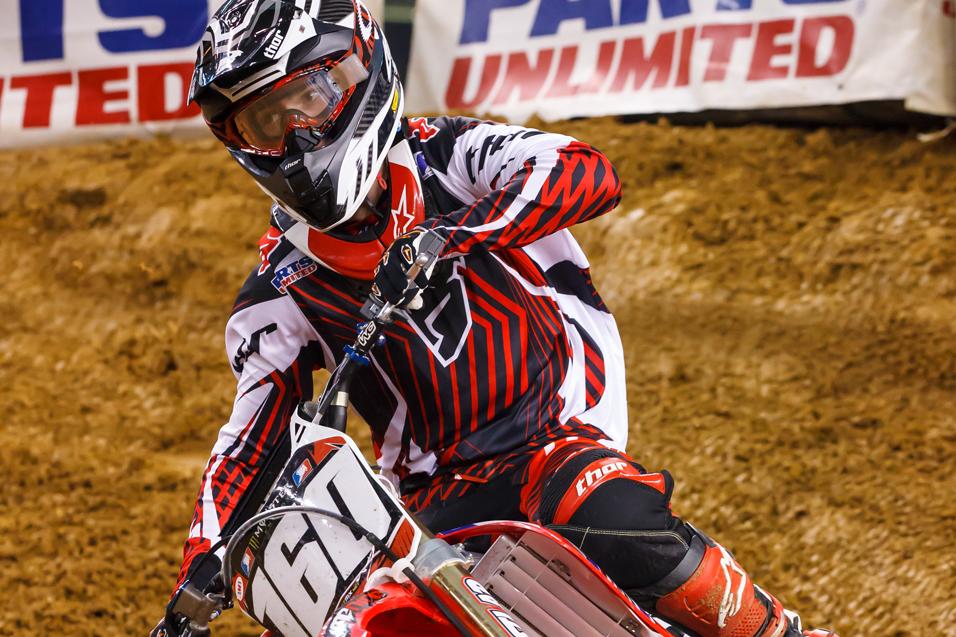 Advertisement | Advertise with Us
Edward Jones Dome St. Louis, MO St. Louis Monster Energy AMA Supercross Championship
Canada’s Cole Thompson is going about his entry into the pro ranks the hard way. The Honda rider wasn’t able to secure a ride for this year and most would have stayed down in amateurs and collected more trophies and hype while waiting for a shot at a top team. For reasons he explains below, Cole decided to forgo that chance to make it in the big time, and through two rounds of the East Region Lites series he’s experienced the highs of a ninth in Dallas and the lows of a DNQ in Atlanta. In this Privateer Profile, he gives us the lowdown on his year and career thus far.

Racer X: Cole, thanks for doing this and for people who are wondering, can you give us some insight into your background?

Cole Thompson: I’m originally from Canada and I raced the amateur scene down here [the United States] the last five or six years and last year I won 18 championships in the B class. I turned pro right after Loretta’s last year, raced some Canadian races and now I’m down here trying to make it as a pro. I raced Dallas as my first professional AMA race.

Why the decision to go pro? You probably could have gotten a lot more publicity with another year in amateurs, and maybe gotten on a team instead of doing it this way, as a privateer. Can you talk about that decision?
It was a big decision for us for sure. Everyone said that I probably could have been a top amateur and then gotten a ride with a great team if I had built up some wins but I figured that I was ready. It would have been another year to try and stay healthy and I’ve done a lot of riding to get to this. After Loretta’s last year, I put myself to some tests in those Canadian races and was happy with how it went. I’m also one of those guys that can do a thirty-minute moto and keep the same speed the whole time and in amateurs, it’s a lot of five-lap sprints, which maybe aren’t my specialty. I thought I would make a better pro rider than amateur rider and decided to give it a shot. 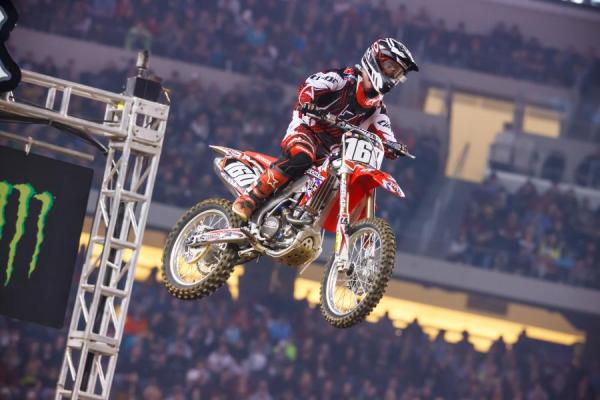 And your first race at Dallas, as a full privateer went pretty well. Your ninth had to make you pumped.
Yeah it was awesome, I didn’t expect that at all. Looking at the riders on the track, they all had these names that were big names, you know? I didn’t know what to expect but I had an open mind and I had some good times in practice. In the heat I got a good start, that’s so key, and made it right into the main. Once there, I was in sixth for a long time but I don’t know, I must have not been breathing right; I got tired and faded a bit. All in all it was a great night and pretty cool.

Did you ever stop to look around and think about how far you had come and how you’re now on the big-time supercross circuit?
You get there and see all the stuff going on. The opening ceremonies were going on and your whole life you’ve worked so hard to get to this point. You’re just thinking about that a little bit before your heat race. It’s just exciting and to think about where I was a year ago, I’d never thought I’d be in this spot.

And as well as Dallas went for you, Atlanta wasn’t that good -- you didn’t make the main event. That must have been pretty disappointing for you?
Definitely. It wasn’t good. Going into the week before I trained hard and felt good but just before the race, I got a head cold and I’m not making any excuses but I was just off. My rhythm and timing were off, my core speed was down and I just felt off. I couldn’t adjust quick enough and in my heat I stalled it in the first corner and in the LCQ, I should’ve easily got into the top spot but I basically froze up and didn’t ride like I can.

So the plan is for you to do nationals as well?
We’re going to try; we’ll see how that goes.

I saw you had a Thor autograph session after Dallas. Did anyone from any teams seek you out?
No, I’m assuming that anyone from any teams wants to see me prove myself time and time again to take a chance on me. Me not qualifying in Dallas wasn’t good so I’m just going to focus on doing my own thing and if something ever comes out of that, then great. And if not, I’m happy with what I got going on with my family and my bikes and do the best I can. 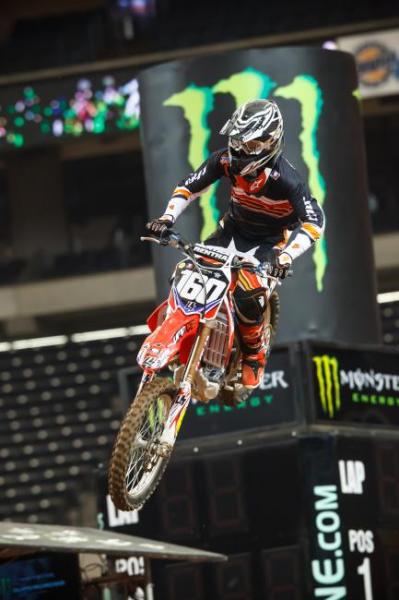 As a fellow Canadian, can I confirm that there’s no Scottish in you? There’s no mystery Italian or something lurking in there that can grab you away from the maple leaf?
[Laughs] No, there’s nothing like that. I’m Canadian all the way, through and through. Born and raised in Ontario and been there my whole life.

There’s a very real chance that if Canada can ever get their act together and field a MXoN team, you could be on it. Have you thought about that?
Yeah, I’d love to do that if it worked out. Whenever they pick the team this summer or whatever and I don’t think they’d do it for me, I’d love to ride the 450 if I could. Anyone who has seen me ride a bigger bike thinks that I ride it better than the small bike but it would be tough to just get picked for that class first year out.

We’ve been thinking about just getting a 450 ready for the nationals as well, there’s not much that you need to do to make that bike ready to race. We’ll see what happens and we’ll kick that idea around a bit. I’m excited for the whole situation and if I get chosen, it will be awesome.

Did you have a Canadian MX hero growing up?
I always looked up to Blair Morgan, Doug DeHaan or JSR. I kind of know those guys through my brothers who raced pro and I was around those guys here and there and they were always really cool and I looked up to them.

Who do you want to thank for helping you out this year?
My parents, my brother Kyle, just my whole family. I would also like to thank Thor, Oakley, Alpinestars, Fast Laps Suspension, BPM motors and Renegade Fuels. I just want to thank everyone who’s ever helped me get to this point.